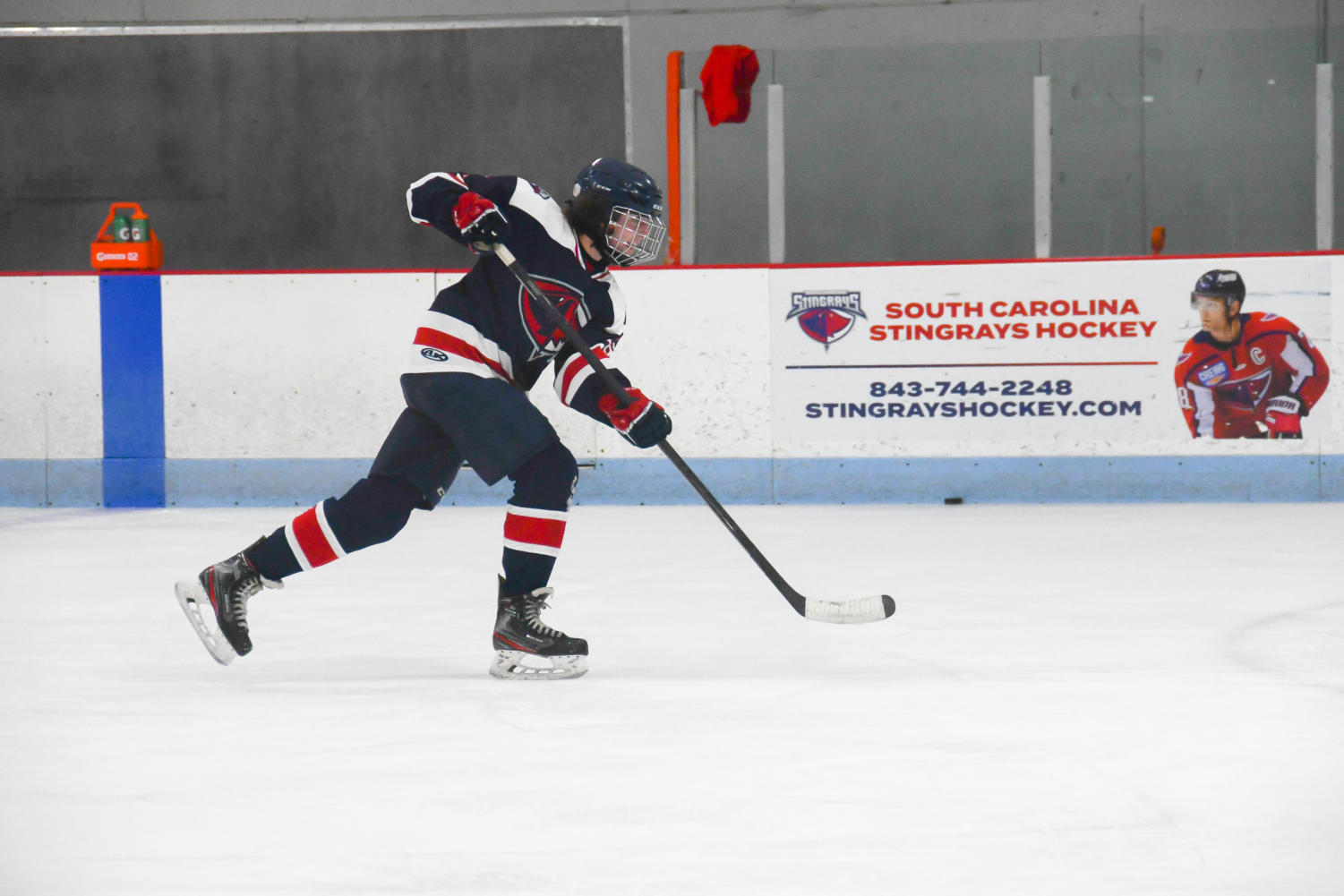 Sophomore Charlie Pratt plays for the 16U AA Junior Stingrays. He talks about how important it is that teamates work together, especially in hockey, “You cant win a single game if you dont work togther with your teammates. Its the most important part of the game.” (Scarlett Lewis)

Sophomore Charlie Pratt plays for the 16U AA Junior Stingrays. He talks about how important it is that teamates work together, especially in hockey, “You cant win a single game if you dont work togther with your teammates. Its the most important part of the game.”

Icing on the cake for hockey dreams

As the right wing forchecks their opponent, left wing Sophomore Charlie Pratt races to the high spot to get in better position. After years of playing hockey, Pratt’s passion for the sport has only grown.

Starting hockey at a young age, Pratt grew to love the sport.

“I started playing [hockey] when I lived in Idaho,” Pratt said. “My dads from Massachusetts and he always played hockey when he grew up so he just really loved the sport and wanted to show me.”

Moving here when he was 7, Pratt is now a part of the 16U AA junior stingrays team. Practicing up at the Ice Palace, Pratt and his team work through many skills.

“We do a quick little warm up and then we do a lot of specific area [drills] and passing and fighting drills…and then we do three on three  games,” Pratt said.

However, for this team, lots of traveling outside the state is required.

This past year, Pratt and his team were able to travel up to Detroit, Michigan for nationals.

“Last year, nationals was crazy. There were so many good teams.,” Pratt said. “It was just an awesome experience.”

While playing in nationals, Pratt was able to compete against what is known as an All-Star team.

“There’s this one team from Vermont, it was more of an All-Star team than an actual team,” Pratt said. “ Six different high schools combined into one team and they were only taking their best players.”

Even with the experiences such as nationals, or playing against All Star teams, Pratt says what he enjoys the most is the bond his team has created.

“It’s just like a brotherhood. You’re going to get made fun of a lot, but all those boys would go to the wall for you,” Pratt said. “Everybody’s just defending each other and…everybody loves each other.”

Connor Carrafiello and Pratt have been teammates with one another for the past five years. With that, Carrafiello says that Pratt’s commitment to the sport is one of the best he’s seen.

“He actually over the weekend got hit pretty hard and he left the game and he actually came back the same weekend because he’s such a hard worker,” Carrafiello said.

With Carrafiello as goalie, and Pratt as a left wing, their positions intertwine to avoid any goals scored against them.

“He’s always getting back and blocking pucks,” Carrafiello said. “He actually made the most hits on the team so far.”

With their eyes set on this year’s upcoming nationals, both Carrafiello and Pratt hope to achieve yet another win.