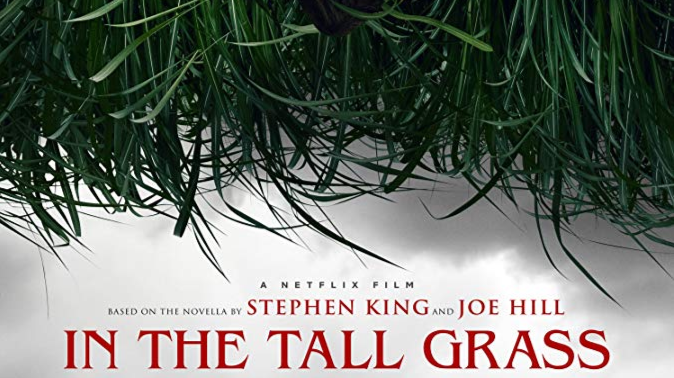 ‘In the Tall Grass’ is horrifically satisfying

The long reeds of grass sway in the wind, an army of green and yellow guarded by the sunlight. The field stretches farther than the horizon and conceals a secret darker than anyone could imagine. An unsuspecting person hears something peculiar but unknowingly ventures into the minotaur’s lair without a spool of thread. They can never escape the supernatural powers that compel them to follow the will of the grass. Stephen King’s Into the Tall Grass film is a truly disturbing phenomenon.

Unsurprisingly enough, the novella that the movie is based on — In the Tall Grass, by Stephen King and Joe Hill (his son) — is significantly more horrifying than the film would allow for. The movie had all the basic elements that constitute a great film: compelling protagonists/antagonists, a looming theme and great dialogue.

This film was produced by Copperheart Entertainment and filmed in Canada, while making it into a Netflix movie to satisfy American viewers. I am wary of horror movies that don’t make it to theatres, but there are a few hidden gems, and this film is no exception. While the critics absolutely trashed it in the reviews and the audience thought it was mediocre, I actually enjoyed it. I can’t say there have been any of King’s movies I’ve hated, or even disliked for that matter.

The MVP of this film is definitely Patrick Wilson. People mostly know him as the husband of the ghost-hunting duo from The Conjuring, but in this film he plays the antagonist magnificently. There wasn’t one scene where his actions and thoughts didn’t make me revolted once the movie hit the fast pace.

One recurring issue that people seem to be having about the film is that it moves slowly. This can seem boring, especially when the entire setting of the movie is in a field of grass where people try and find each other. Although some parts had me underwhelmed, I was not disappointed at all with the blood, the action, the sheer rush of terror and adrenaline that rushed through my bloodstream as my eyes were glued to the screen. People should assume many of King’s movies to be slower-paced than usual because that’s just how his writing style is.

The only thing I wish this movie had done better was to stay true to its ending. The film strayed so much from the novel’s course that it was impossible to predict what would happen next. That could be a good thing, but in this case, I was underwhelmed because I had been expecting something new and exciting that could potentially match the ideas in King’s novel.

Overall, I think this is one of King’s bloodier and gorier films with unedited sequences of injury and death. It did have that King feel to it because the idea for the film was just so original, and in the hands of any other author, the story about people trapped in an unending field of grass would have been made into something mundane and unwatchable.

However, this movie quickly proved me wrong and left me with a sense of satisfaction and unsatisfied hunger for whatever crazy films the studios can come up with based off the King of Horror’s novels.