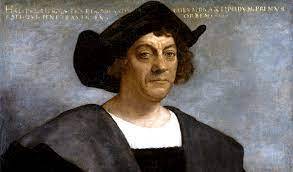 All parts of history, domestic or international, are worth recognizing and remembering. There is no doubt that America has had some troubled moments in the centuries of its existence and they have all led us to where we are today. Despite the fact that these historical events have shaped our country and every citizen living here, there is a thin line between celebrating and acknowledging the importance of them.

In 1968, Congress officially created Columbus Day to be recognized on Oct. 11th in order to celebrate the landing of Columbus’ fleet in the Americas. The declaration of Columbus Day as a federal holiday leaps across this line and into territory that erases the history of past and present Indigenous peoples alike living in America. Throughout the past decade, there has been a growing awareness of the darker parts of history and stories of the land that we destroy, build upon, and continually strip away the importance of. Imagine the way Indigenous people feel about Columbus Day, knowing that the large portion of Americans think that a man who committed mass genocide is more important than their culture as a whole.

There is also a large sense of irony that comes along with the day in general, which is the false narrative that Columbus discovered America; this is simply not the case. The fact that this has been preached for decades in itself presents an over-glorified viewpoint of colonialism and overshadows the violence that Columbus’ men brought to the shores of the Bahamas with them.

There is no doubt that the Nina, the Pinta, and the Santa Maria were the fleet that guided America to where it is today, but statues standing of the mass murderer and perpetrator of violence that history books and the government long to bury are not contributing any positive message. Letting over 6,000 statues and monuments of a man stand who was responsible for the deaths of three million people should not be representative of American beliefs, yet the sad truth is that it is.

By changing Columbus Day to Indigenous Peoples’ Day, this will give our country a strong push in the right direction. Joe Biden became the first President to recognize the importance of the name change, and over one hundred cities across the fifty states have chosen not to adhere to the federal holiday guidelines under Columbus’ name, but rather choosing to appreciate and respect the Native cultures that have been silenced for so long.

With Indigenous Peoples’ Day and Columbus Day both falling on Oct. 11th every year, it is with the utmost importance that Indigenous Peoples’ Day is changed to a federal holiday and is revered as one of the most recognized days of the year. While it will not change the massacres, widespread violence, disregard and disrespect for the culture of many century-old groups, or forced assimilation, what it will do is allow misinformed citizens to learn about the peoples’ voices that have been silenced for so long. These Tribes and people have been oppressed since the dawn of America, and it is high time that it comes to an end.