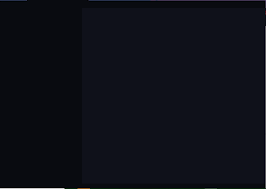 Kanye West’s long awaited album,“Donda”,was finally released Sunday morning after a month’s delay and several listening events. Despite the negative fanfare about the delay, the ongoing feud with Drake, his divorce with Kim Kardashian, and his run for president, to say the album is worth the wait is an understatement.

The album begins with a less than a minute track of Syleena Johnson (featured in West’s 2004 hit “All Falls Down”) repeating “Donda”, the album’s namesake and West’s mom. It is repeated so many times it begins to lose meaning, but by the end of the album you know exactly who Donda is: the beloved mother of a man who is torn between his past actions, his current state of mind, and his devotion to Christ.

West’s second track, “Jail”, features a voice many would be surprised to hear on a West album, Jay-Z. West had sparingly worked with him since their hit “****** in Paris” won multiple Grammys. West first narrates his frustrations with his divorce. He then laments his sins as he turns to God in hopes to find peace.  He raps, “God gon’ pay my bail tonight,” to proclaim his faith. West then turns over the track to Jay-Z and he delivers a classic verse, providing a great start to a very good album and proclaiming his love for God as well.

West’s fourth track on the almost two hour long album, “Off The Grid”, with Playboi Carti, references West’s move to more of a lay-low type atmosphere in Wyoming compared to his L.A home. It’s certainly not the best track on the album, but New York artist Fivio Foreign’s verse steals the show on the song. West finishes the song with a few classic Ye one-liners.

The next track is one of the best on the project. “Hurricane” begins with a harmonious opening from The Weeknd, reminiscent of an opening on the R&B singer’s album After Hours.   It’s followed by a verse by Atlanta rap superstar Lil Baby, and topped off with a much better verse from Kanye than on “Off The Grid.” All three reference their connection to God, something not just contained to Kanye’s verses, but also by most of the numerous high-profile features on the album.

Following “Hurricane” is “Praise God”, with the intro being split by a recording of Donda West and an autotuned Travis Scott. West and Scott previously teamed up for “Wash Us In the Blood,” a religious single, and a personal favorite of mine. However, amazing verses by Scott and West aren’t even the best part of the track. Baby Keem takes over the last verse and provides one of the greatest verses he has ever produced. He compares people who claim to be Christians, yet do not regularly practice it, to renters’ insurance. He name-drops Tame Impala, and he ends the verse with a high pitched voice similar to Young Thug’s deliveries of the past. Overall, his verse drastically exceeded any expectations I had for Keem on this project, and it should help his career take off more than it already has in his young time on the charts. “Praise God” is one of the best songs on the album.

When I first heard “Ok Ok”, the eighth song on the project, I had to rewind after I thought I heard Lil Yachty. It was indeed Lil Yachty, who seems out of place on the track compared to his normal pop-like vibe and upbeat songs. But after giving it a second listen, the verse actually completes the track. Yachty has matured since his hit single “One Night” went viral six years ago and proves his soft voice can convey other emotions than glee.

West’s ninth track, “Junya”, references Japanese fashion designer Junya Watanabe, designer of West’s watch. He brings in Playboi Carti for the second time on the album, and Carti provides ad-libs throughout the song. This fits perfectly with West’s flow on the track, more of a brag about his earnings and timepiece than most of the other tracks on the project, which primarily focuses on his religion. West also provides a veiled diss at Drake, warning the Canadian rap superstar not to release his album on the same day as West.

The eleventh track, “24”, featuring West’s Sunday Service choir, is truly Sunday service material. The uplifting hymn could be played at any church service and fit in with any song in a church’s hymnal.

The next track, in classic West fashion, is a complete 180 from “24”. He brings in Young Thug, yet another Atlanta area artist, for “Remote Control.” Young Thug provides quality one-liners, stating “Taking me to court like O (Taking me to court like OJ),” claiming if he goes to court, his public profile and lawyers will get him cleared like Simpson.  The track oddly finishes with a sample from an unlikely source: the Globglogabglab. You heard that correctly. The years-old meme of a creature speaking gibberish in a library made the cut for West’s album dedicated to his late mother. Even for Kanye, this is unexpected.

As a Kid Cudi fan, I was hyped to see him on the thirteenth track, “Moon”. It also features Houston-based rapper Don Toliver, who sings the opening chorus and turns autotune into an amazing vocal performance. Cudi’s verse follows and is one that I would not have expected. While slow and not upbeat, it is quite uplifting, as Cudi shows off his voice in a way that flows extremely well with the rest of the song and Toliver’s chorus. While one of the shortest tracks on the album, just two minutes and 37 seconds long, it is personally one of my favorites. I could fall asleep listening to this song easily with it’s soothing vocals.

The fifteenth track on the album, titled “Donda”, is aptly named, as it begins with an excerpt from a speech spoken by Donda West, just a few weeks before she passed away. The speech takes up about half of the runtime for the track, and shows Mrs. West’s admiration for her son. Background vocals are provided by West and, somewhat surprisingly, Ariana Grande. The track ends with an excerpt from the speech: “What did I teach him? And why ain’t Kanye scared?”

Donda’s seventeenth track on the 27 track project, “Jesus Lord”, featuring Jay Electronica, is the second-longest track on the album, trailing only the second part of the song, “Jesus Lord, Pt.2”, in length. West delivers possibly his best verse on the album as his lyrics are top-notch and provide an introspective look on his inner thoughts. West’s connection to his mother is evident, with him rapping, “And if I talk to Christ, can I bring my mother back to life. And if I die tonight, will I see her in the afterlife?” It’s worth wondering if the death of his mother is the root of his mental instability he has broadcasted since her untimely passing. Jay Electronica’s verse brings similar religious tones, as he references the biblical places of Sodom and Gamorrah and the Islamic figure Yacub. The outro is addressed towards West by Larry Hoover Jr., son of the former gang member from West’s hometown of Chicago and references the issues of the current American penal system.

The nineteenth track, “Tell the Vision”, a posthumus song by late rapper Pop Smoke, could be one of the worst tracks on the project. West, long lauded for his outstanding production, missed on this track. The distant voice of Pop Smoke does not fit at all with the constant piano key and combines to create a song I would only listen to in order to review the album.

The following track is a much better listen than “Tell the Vision.” “Lord I Need You” is one of the few solo tracks for West on the album and he delivers. Introspective and telling about a broken relationship, almost certainly his divorce with Kim Kardashian, he mixes emotional heartbreak and acceptance of it with classic West verses, rapping, “It’s the best collab since Taco Bell and KFC,” as well as singing, “Time and place is a luxury, but you came here to show me that you still in love with me,” referencing Kardashian coming to his listening party after their divorce.

The next track, “Pure Souls”, featuring Roddy Ricch, is another great track. It’s a lengthy one, (almost six minutes) but still a very vocally pleasing song. They combine to provide two very good performances, both claiming they will never turn to the devil and retain, “pure souls.” It is the first collaboration of the two and with the quality of the track, it’s worth suggesting that they team up again.

“No Child Left Behind”, the twenty-third track on the album, appeared in a Beats commercial in July. Despite the nearly three minute runtime for the song, if you heard the 30 second snippet in the commercial, you’ve basically heard the whole song. It’s nothing special, and would serve better as an introductory song on the album than a later-album track.  The Sunday Service choir, however, is harmonious as always.

The next track, “Jail, Pt. 2”, was delayed release until later Sunday afternoon due to issues with DaBaby’s manager. Since released, the song piggybacks on “Jail”, as the name suggests, but also harmonizes West with Marilyn Manson. It’s an odd combination, but just like the addition of Lil Yachty and Baby Keem, it surprisingly works. DaBaby also provides a very good verse, and his flow differs from his more popular songs, though fits great with Manson and West. Again, I’m still having trouble believing that I’m writing that sentence, but it’s the truth.

The last three tracks are all Pt. 2’s: “Ok Ok, Pt. 2,” “Junya, Pt. 2,” and  “Jesus Lord, Pt. 2.” All three simply have an added verse or two, with Ok Ok having Rooga and Shenseea take the reins, and Junya adds a verse from Ty Dolla Sign. Jesus Lord has added verses from Jadakiss and Sheek Louch. With these additions, not much is added, and shows there was no need for the part twos. West could have added the verses into his previous editions of the songs.

Donda is a great album and certainly has quite a few hits on its tracklist. West is supported by features by great artists along with great features from average artists. Despite the star-studded lineup, West also steals the show on verses on “Jesus Lord”, “Lord I Need You”, and “Junya.” However, there are hints of the album feeling rushed, despite having years to record and perfect it, along with West’s stunt in Mercedes-Benz stadium in Atlanta. West seems in his zone talking about his religion and personal experiences, especially his connection with his mother and God. As a fan of Kanye I can’t help but be glad he’s releasing this album, but as long as it is coupled with public feuds, sporadic updates, masked appearances, and presidential races, I worry about West’s mental health. The public wants quality music from West and he certainly delivered. But is it worth sacrificing his mental well-being? Will the world be looking back a decade from now wondering how we didn’t see the collapse of Kanye’s mental health coming? A polarizing figure, Kanye’s least newsworthy events would be front-page material if anyone else did the same thing. Is the root of this instability the loss of his mother? With this emotional project immortalizing the woman who brought this volatile figure into the world, it’s certainly possible.