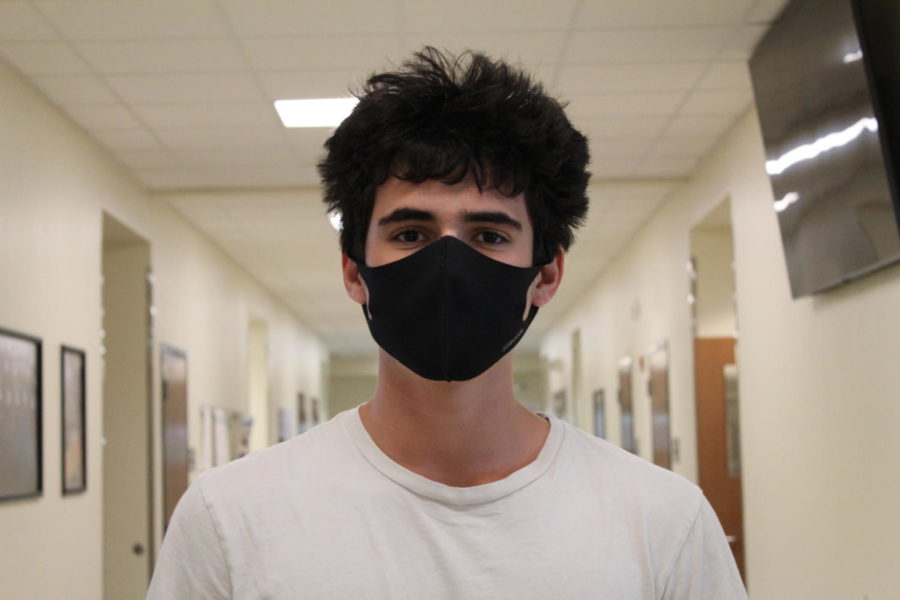 He was born in Pittsburgh, Pennsylvania, but his family roots run deeper than his hometown.

Sunday asado, gatherings on the 27th of every month, family reunions–all token traditions in honor of his Argentinian roots.

Sophomore Mateo Oria has been celebrating his Haspanic culture his entire life, despite being born and raised in the United States. His father was born in Argentina and spent a majority of his life there before meeting his wife, Oria’s mother. Oria’s mother was born in the United States, but constantly traced back and forth to and from Argentina. Both of her parents were born there.

“In Argentina, in the seventies, there were lots of coup [d’etat]s, and political coups and it was dangerous for a certain class of people,” Oria said. “So my grandpa came here to study medicine in Pittsburgh and so that’s where my mom grew up. And then eventually, my dad came here because her…work was here, and like her life was mostly here. So he moved here.”

Growing up, Oria noticed a difference in how he was raised compared to his friends. While it was different, Oria reflects on the positive impacts on his strict homelife.

I just think it teaches you good values, like honesty. My dad constantly says, ‘just be who you are’,… ‘just be loving and be straightforward.’ I just think that it teaches great values and I’ll carry on to like my kids.”

“I’m big on family reunions [and] seeing family all the time. A lot of good food, stuff like that,” Oria said. “I guess just like being close to my parents, being close to my siblings. Growing up differently. Our parents were always very adamant about us being close as a family, like a close ring…we weren’t allowed to go out on family days. This and that.”

As he continues through life, Oria plans to take what he has learned growing up, and continue the traditions of his Hispanic heritage. He has traveled to Argentina once before and taken what he experienced to heart.

“It gives you like a foundation,” Oria said. “It doesn’t make you a follower. It gives…you certain ideals to follow up. Cause you have a foundation with your family. So you’re not just this, like floater. I just think it teaches you good values, like honesty. My dad constantly says, ‘just be who you are’,… ‘just be loving and be straightforward.’ I just think that it teaches great values and I’ll carry on to like my kids.