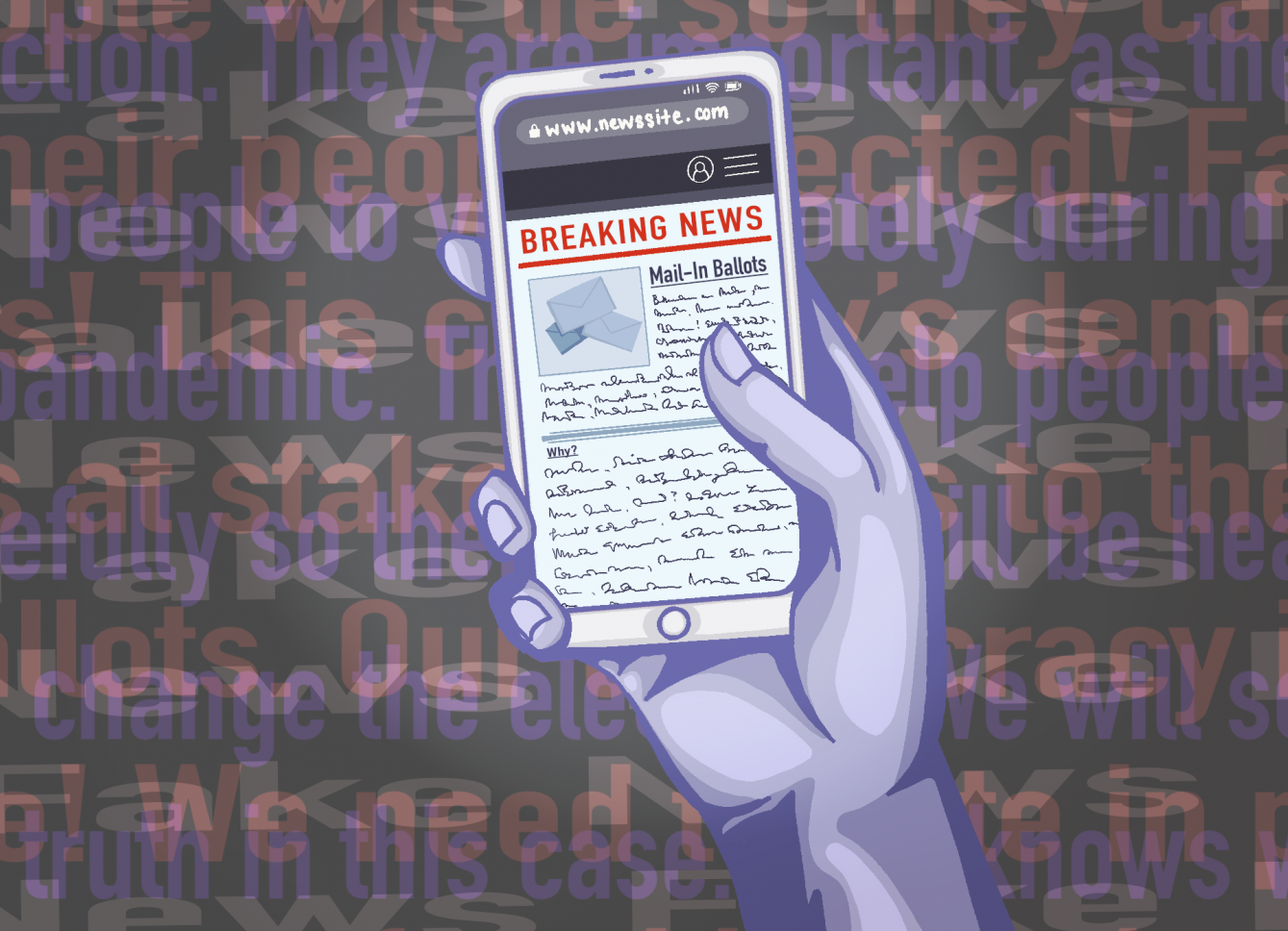 With the 2020 Election right around the corner, the American public is bearing witness to a completely new type of campaigning.

The first presidential debate was widely panned for being not much more than a collection of violent stalemates, where simple facts were thrown out and instantly refuted, each candidate firmly sticking to the narrative that  their stance is clearly on the goo

d side of a black-and-white picture, when in fact this couldn’t be farther from the truth. The information surrounding politics has become an environment where people are operating on a completely different set of facts from others.

This grim reality has led to the past few years being widely given the nickname, ‘the age of misinformation’.

The motivating factor behind this disastrous upsurge is almost entirely due to the rise of digitized media. The specific way in which the medium is shifting is directly in accordance with the increase in available knowledge to the general public.

This new surge of information has led to a mass reaction known as ‘analysis paralysis’. This is when an individual or collective is faced with so many choices that it becomes nearly impossible to accurately sift through information and determine what is true or false. The advancement of personalized algorithm-based searches has resulted in news feeds becoming tailored to individual preferences, leading to everyone receiving different facts that only further already ingrained beliefs.

This means people rarely get to see any other perspectives, and it’s gradually pushing the political parties farther and farther away from each other. Social media sites like Instagram, TikTok, and Twitter are motivated to push this type of feed since creating a space filled with only information that aligns with personal views boosts their engagement, and as long as interaction is increasing they remain uninterested in the legitimacy of the news they are peddling.

Of course, the threat extends outside of computer algorithms.

Coordinated disinformation campaigns mostly come from foreign countries (Mostly Russia with a strong lead, China and Iran engaged on a lesser level) and domestically as well.

In regard to the election, it seems that ‘fake news’ (a term popularized quite ironically by one of the biggest contributors to this epidemic) will have a more prominent effect on the outcome of the election than ever. A recent study from Cornell composed of analyzing over thirty million pandemic-related articles concluded that President Trump was single handedly responsible for thirty-eight percent of the misinformation surrounding COVID.

However; out of all the pretense floating around this election by far the worst subject is mail-in voting, says Zignal Labs, a media insights company. Approximately twenty-three percent of any online ‘fact’ regarding this method of voting are presumed false. Most of the rumors relate to low-level corruption, ballots being purposely lost or miscounted.

One clerk working for the Wisconsin district of mail-in voting, former Senate worker Marilynn Pedretti, expresses her frustration in these unfounded, fear-mongering claims. She counters, “We have 1,800 municipalities in the state of Wisconsin. It’s not centralized. It would take 1,800 clerks to do the wrong thing. Are there clerks out there that make mistakes? You bet. But when people come in with these conspiracies that the whole system is rigged, I’m like, no. No, it’s not”.

Much of the gossip can be disproved using simple research, she asserts. To her credit, the President hasn’t done much in the way of clearing up anything about the widely conspiracy-surrounded topic of voting by mail.

Even recently in the September 29th presidential debate, Trump publicly expressed his doubts about the legitimacy of the election, saying “This is going to be a fraud like you’ve never seen…If I see tens of thousands of ballots being manipulated, I can’t go along with it. They cheat”. Such bold statements coming from such a powerful figure has left many Americans unnecessarily confused about the power of their votes.

Fortunately, not all hope is lost.

Staring a soon-to-be-dystopian political chaos in the face, people can only aspire to guard themselves against this onslaught of calculated deception. One way to defend against this is by recognizing the tactics often used in misleading stories.

A common method disinformation groups use is called ‘card-stacking’, which is when a news article will mix true and false information in the same story, so it’s more difficult to discern what is reality. It’s also healthy to beware of vague credentials such as ‘experts say’ or ‘studies show’ if there is no evidence to back up these claims.

But the most effective way to ensure having an informed viewpoint is to willingly consume media that is contrary to personal beliefs. While it might appear counterintuitive at first, a growing amount of the division in this country is due to lack of understanding, and ignorance in regard to the thought processes of opposing sides.