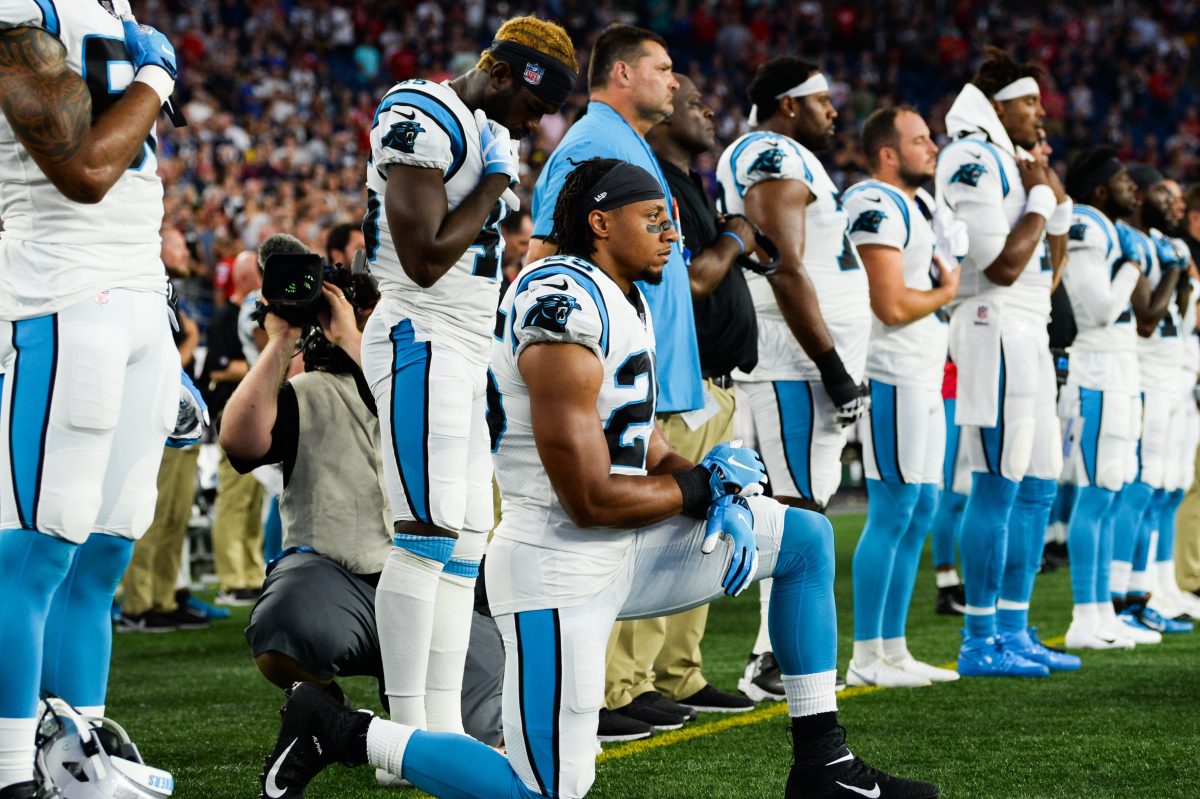 More than a game

I don’t write politics. I write sports. But, those two may have more in common than I and many others had thought.

Black athletes in the United States, since Jackie Robinson ran the Brooklyn infield in the late 1940’s, and since Don Barksdale starred in the Baltimore frontcourt in the early 50’s, have been revered for on-the-field accomplishments but expected to remain silent on issues off the field.

Robinson could hit .300 and win an MVP, but have to sleep at the black hotel. He could make the All-Star team six times but still have to drink from the black-only water fountains. No matter how well Robinson played on the field, he’d still be counted as a second-class citizen off of it.

While segregation is a thing of the past, and black players comprise a majority of NBA and NFL rosters, these athletes represent a very small percentage of black Americans.

Many black households feel underrepresented in positions of power and marginalized. Lebron, Kevin Durant, both members of teams that decided to protest injustice by refusing to play on August 26,don’t have those problems. LeBron isn’t going to have the cops called on him for making a transaction at a bank, the only glances KD is going to get walking through a suburb are glances of surprise and awe.

But what about John Smith? What about the black dude who’s not internationally known? This is why these teams walked off the court. Not because they’re victims of racism, not because they face injustice daily, but because people like them don’t have a voice.

Two sides emerged after the protest. One supporting the players for using their platform, and the other side saying that sports should be free of politics. There are arguments for both sides, but I do believe there is no reason why athletes shouldn’t be able to express their opinion.

Freedom of speech is a protected right, and while some of us do not agree with their opinions, there is no reason why they shouldn’t be allowed to express it while the rest of America does.