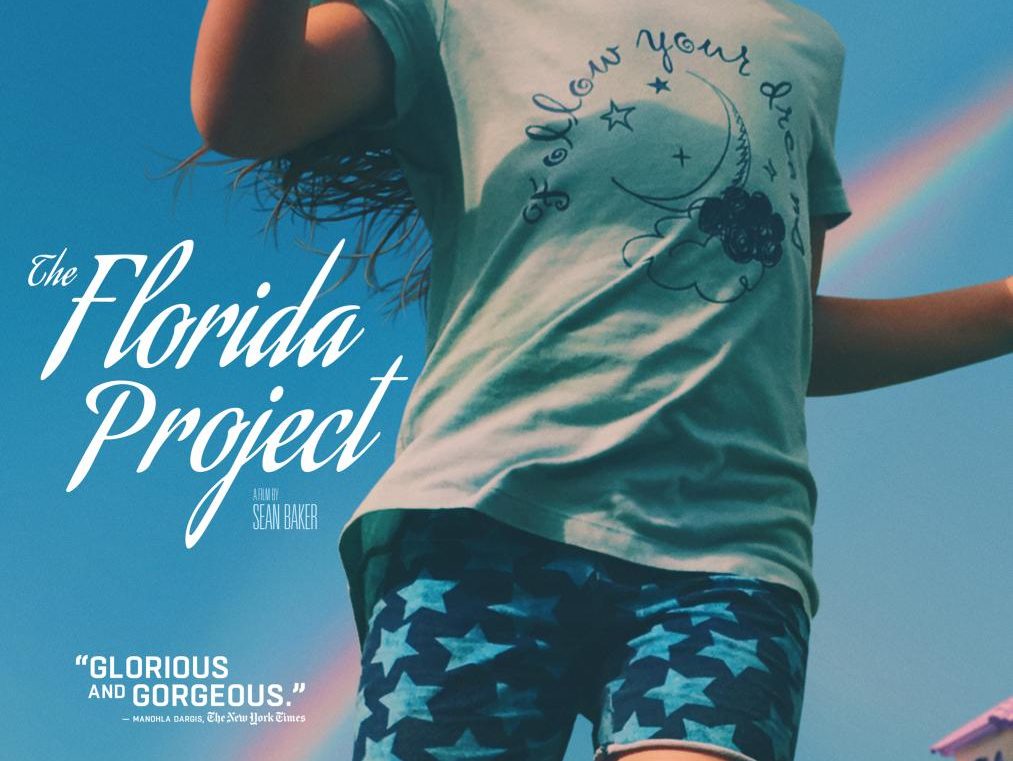 Movies to watch while quarantined: “The Florida Project”

While you are sitting at home, choosing to watch a film in the efforts of transporting yourself to another world or another time, or where humans have powers, or maybe where life is easy and funny at most times, the film The Florida Project (2017) is not the one to watch.

But the indie film, directed by Sean Baker, spans one hour and 55 gripping minutes of your quarantine, striking a less than magical balance between normalcy and nightmare — not the horror type, but the real nightmares that haunt us in our waking hours. It is the type of film that you need to watch because it is so real, because it is so important to step away from the fantasy in film.

The plot follows a young mother and 6-year-old daughter duo in one Florida summer as they get by week to week. The camera follows the young daughter Moonee, played by Brooklynn Prince, through the summer — her adventures aimlessly roaming about the shabby outskirts of Orlando, her schemes to swindle strangers into buying her ice cream, her mischievous brushes with the law and the management in the $35-a- night motel where she and her mother Halley stay.

We also see Halley, played by Bria Vinaite, week to week try to come up with the cash to pay for her and Moonee’s stay. We see her struggle to balance growing up and acting her age — fallen out of work, she sells what “designer” perfumes she can out of the trash bag that she carries them in, soon resorting to a new low.

The cinematography is simple, characteristic of Baker, when in 2015 he directed his debut film Tangerine filmed only with an iPhone camera. The motel where most of the film is shot is painted violet and lavender, the places that Moonee and her friends traipse around to have once bright orange colors and Halley’s hair is a faded blue/green dye. The thought put behind the visuals are breathtakingly plain, underwhelming.

But it gave the movie the same feeling that you’d get from watching those old home videos your dad stored on VHS tapes, plus some parental disappointment.

You get more than what you’d expect of Moonee and life through her eyes, which gives the film some ease while the tense situation mounts on itself. It is reminiscent through her point of view, nostalgic.

The film is a representation of life at its realist. No Hollywood drama. No movie magic.

The modern family unit — if you can call them that — is flawed for the two. The relationship between mother and daughter is beautifully close, but the childish, selfish and mischievous traits of Halley are easily passed on to Moonee, and despite being close, Moonee is almost never with Halley — always in her own adventure across the highways to other motels to play with other kids, stuck in the rain in the middle of a field, while an unsuspecting Halley is getting into some trouble of her own.

This relationship dynamic is chaotic, but it is their own. This is how Halley knows to take care of herself and her kid. This is how Moonee is growing up, how she knows how to live. There is a sense of independence with the two and a story so conflicted that there is no right answer. The end leaves you unsatisfied, uncared for.

The plot is painstakingly beautiful, restlessly playful. In a world of muted oranges, violets, turquoises, a world where the answers to life’s questions are always in a gray area, The Florida Project perfectly captures the feeling of family and youth. In the face of a new normal, the film brings you back to reality. A heartbreaking reality, but it’s stunning and raw, a must-see this quarantine.