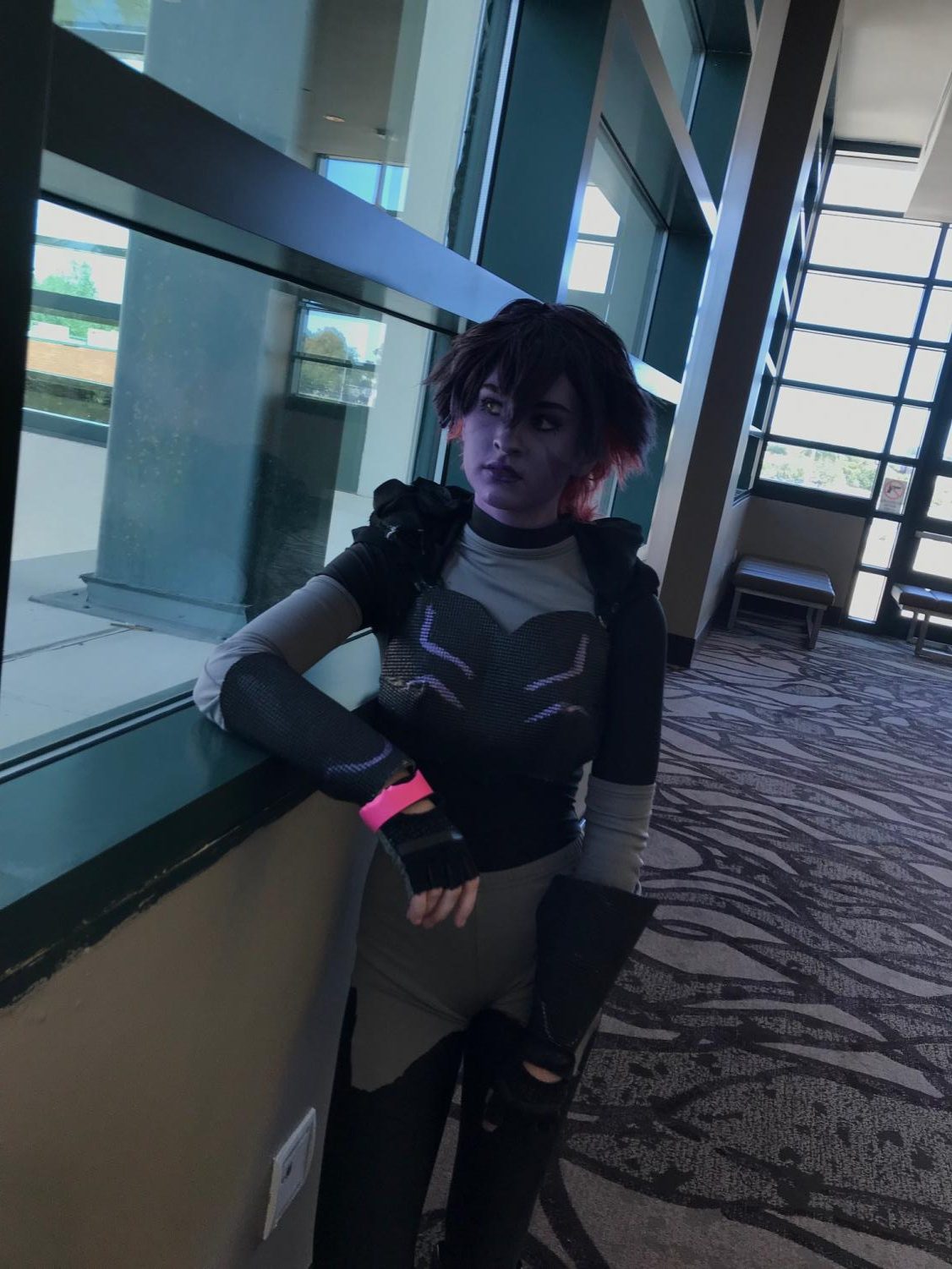 To some people, my hobby, in the simplest of terms, is weird.

Although I prefer the word “eccentric,” “weird” does a pretty good job of summing up the first thought that comes to the mind of the general non-anime-watching public when they hear of my strange and unusual pastime.

Sports have never been a forte of mine, and I’ve always leaned more towards art as my way of enjoying the little free time my stressful high school life has to offer. I have never quite understood why people find enjoyment in watching a ball switch between different groups of people. That being said, it’s not like most football players would actively wear a purple and pink wig just for the fun of it.

I am well aware that cosplay is not a hobby that most people seem to think is socially acceptable outside of the famous San Diego Comic Con, but I can assure you that it is just as intriguing and fascinating as any other form of art.

For those of you who may not even remotely know what cosplay is, allow me to explain.

As a cosplayer, I select a character, make a costume to look like them, and wear it for a variety of occasions (most notably for comic conventions).

I could choose to cosplay a character for any number of reasons: I like their design, I love their character arc, and/or my other friends want to do a My Little Pony group cosplay and rope me, the Texan in the friend group, into being their AppleJack.

Essentially, it’s costume designing for the average fangirl with a sewing machine, a hot glue gun and a whole lot of hair spray.

I’ve done a multitude of characters from a wide variety of western cartoons, anime, popular netflix shows and movies. One day, I could feel like throwing on a pink feather boa and being Klaus Hargreeves from Netflix’s The Umbrella Academy, and the next day I could stay up until 3 a.m. perfecting my intricate makeup for Romelle from Voltron: Legendary Defender.

No matter how long each project takes or how difficult it may be, I’m always learning more skills for my future dream career as a professional regional theater costume designer. The most satisfying thing to me is that moment when I’ve worn the entire ensemble, seen what I like and don’t like and decided whether I would be bringing it to the next local comic convention.

Recently, I was lucky enough to convince my mother to drive me all the way to North Charleston for Incredible Con 2019. I honestly hadn’t known about the con until about a month before it was to occur. Unfortunately for me, that meant I had 30 days to figure out who I was going to go as and whether or not I needed to pull an entire ensemble together in that short amount of time.

As a frequent victim of procrastination, I was fighting between two characters: one from a popular Japanese video game turned anime and the other from a Netflix reboot of a popular ‘80s cartoon.

But wait, how could something be more complicated than the illusion of being impaled by metal poles? Allow me to explain: a black bodysuit with a layer of grey fabric in specific, armor made out of a yoga mat, extreme makeup involving a full face of purple body paint and a character-specific wig that took me ages to get *just* right is much more of a hassle than a surprisingly quick SFX detail.

Eventually, it all came down to which costume my mother would be most okay with in her car. With that in mind, poles were out and heavy body paint was in.

I spent the entire Sunday of Increible Con wearing Krolia Kogane in Blade of Marmora armor from Voltron: Legendary Defender. It was 90 degrees, but five different perfume bottles kept my various layers of the costume from smelling like football locker rooms.

There were artists everywhere selling prints of every show a fangirl could possibly dream of. The second I saw a gorgeous foil print of one Julian Devorak from my favorite visual novel, The Arcana, my impulse control went out the window. I quickly amassed a collection of items over the course of the five hours I was able to attend.

There were cosplayers everywhere, some from as far away as Greenville and others from Charleston like me. The longer I walked around, the more people came up to me to compliment either my wig, makeup, outfit or a combination of all three.

For a few hours, I was able to break out of my socially awkward self and talk to people with the same interests as me. It didn’t matter what life was like under all that makeup. Everyone in that convention center was there to enjoy themselves and appreciate all the art around, whether it was being worn by another human or sold as items at booths.

That is what makes cons so special for me. It’s the experience of seeing everyone’s hard work while also getting to show the world my finished masterpieces that makes all the blood, sweat and burned fingers worth it.

Being able to walk around as a character I genuinely look up to and admire is the greatest love letter to all the different shows that each one comes from is the best form of appreciation I can give.

Though my hobby might be unconventional, it’s made me realize that it’s not just me, but everyone has their own “weird” way of expressing their individuality, no matter if it’s cosplay, book club or tackling their opponents on the 50-yard line.