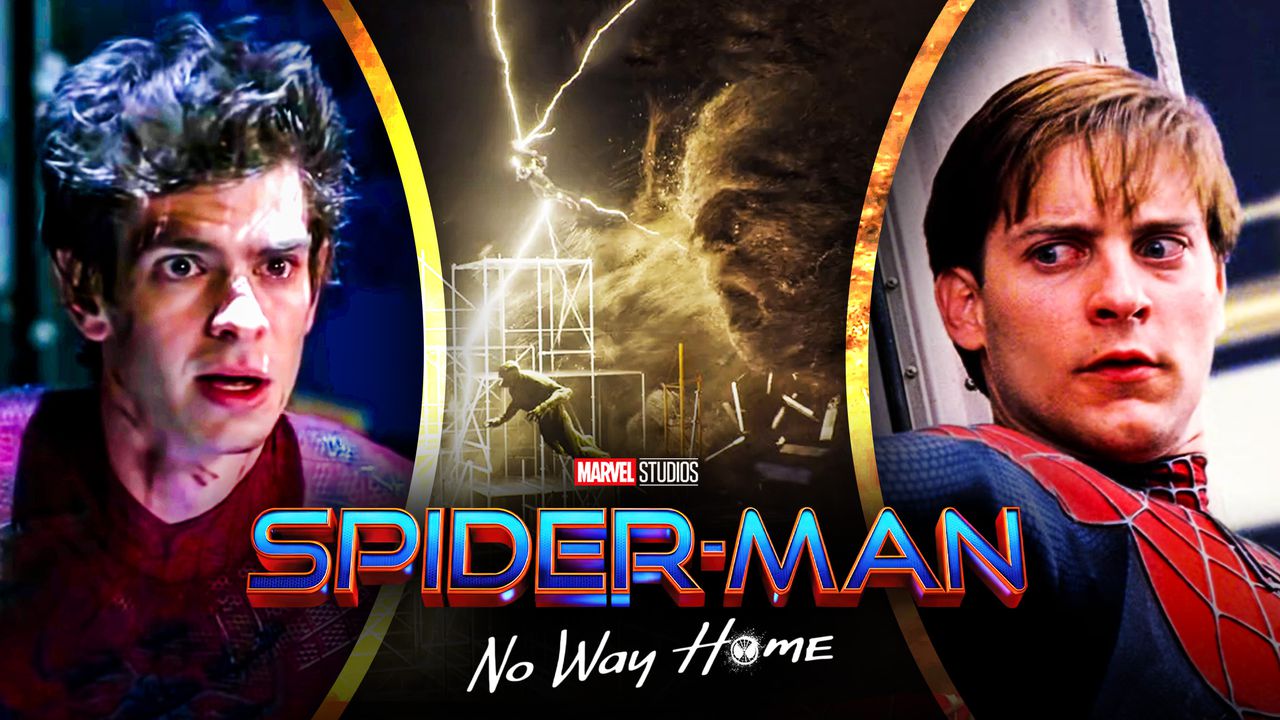 “No Way Home” synthesizes Spidermen into a stunning film

What can I say, this movie was awesome. Recently, I’ve been going through a period of really missing the phase 1-3 Avengers, but this movie really cheered me up… except not really (if you know you know). Spider-Man: No Way Home was released in December of 2021. The film was directed by Jon Watts, produced by Kevin Feige and Amy Pascal, and stars Tom Holland, Tobey Maguire, Andrew Garfield, Zendaya, Marisa Tomei, and Willem Dafoe.

This movie was so anticipated in my household, and basically everywhere else I’m sure. It was so exciting seeing everyone’s theories on social media, and I loved seeing everyone and their grandmother all dressed up to go see it. I saw it a week late because I didn’t want to get trampled by all the Disney adults, but I accidentally came across every spoiler known to man in that one week. Still, I was really excited. Some spoilers I wouldn’t actually believe until I saw them anyways, so it was still pretty mind-blowing. But anyways, this movie was funny, emotional, engaging, and kept me on the edge of my seat the entire time. Although, it required a LOT of previous Marvel knowledge to understand, so my heart goes out to any poor soul who thought it would be a good starter movie.

Tom Holland’s acting range was so impressive in this movie. I love him in all the Marvel films he’s been in, but he reached a whole new level here in my opinion. When he was happy, I was happy. When he cried, I cried. For a while, there’s been extreme controversy surrounding which Spider-man is the best. Although it’s hard for me to choose because I love all three for different reasons, I think Tom’s Peter is such a real portrayal of how a kid would try to handle being a literal superhero.

I’ve never been a huge fan of Zendaya because I feel like she’s overused and Hollywood needs to give that poor girl a five minute break, but her MJ is probably my favorite. She’s funny, relatable, and I like how she has a personality type that’s not represented very often as a “dream girl” personality. I also admire the fact that she has a personality at all because, while Emma Stone’s “Gwen Stacey” has somewhat of a personality… I’m sorry Kirsten Dunst. I love you, but your MJ could not have been more of a wet sandwich.

While the only movie I’ve seen with Marisa Tomei besides the Spider-man franchise is My Cousin Vinny, I do love that movie so I’ll always have a good word to put in for her. Though it is kind of funny and ridiculous that the Aunt May’s seem to get younger with every reboot, Marisa Tomei’s Aunt May definitely has the most personality yet as well as the biggest role of any Aunt May yet.

Overall, I loved everyone’s performances and everything else about this movie. I’d recommend it to any Marvel fan. The action sequences, acting, humor, directing, and costumes were all amazing. Although he died in the last movie, I’m surprised we didn’t see any of Jake Gyllenhaal in at least like a flashback or something. I guess he didn’t want to encounter any angry Swifties lurking at the premiere.