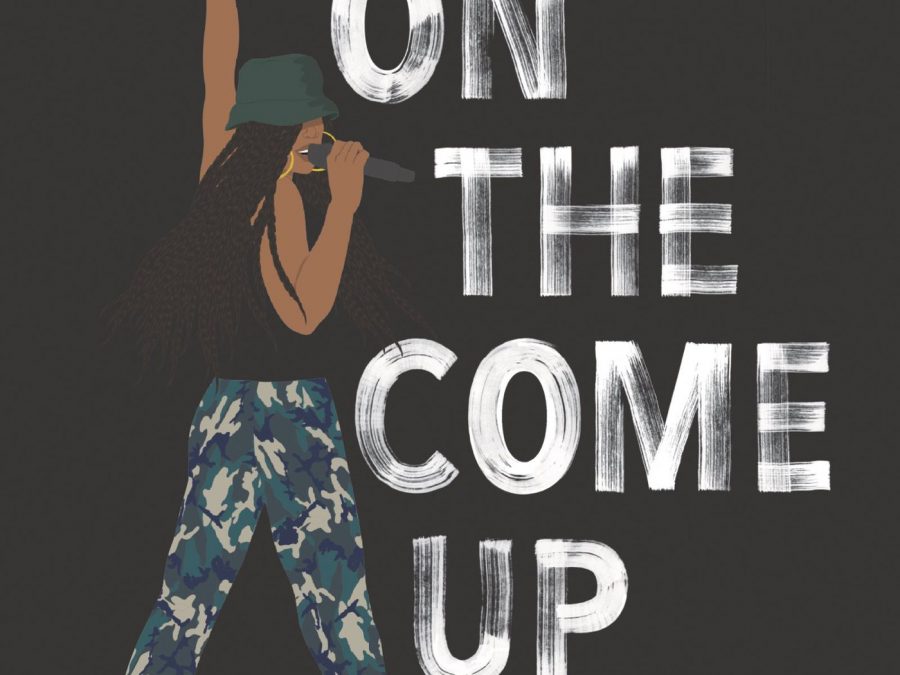 She is one main character that you don’t want to mess with. Brash and quick-tempered, Brianna Jackson was difficult for me to like when I first started reading Angie Thomas’s On the Come Up. There were several moments where I was frustrated with her, watching her assume that people she loved were turning against her when they were simply trying to help her.

But as the story progresses, Brianna shows herself to be more than that. She is funny, courageous and unflinchingly true to herself. And slowly, I got a closer look at the chip on her shoulder. While I did not agree with her every action, I could understand her. That may have been a big reason Thomas wrote this book: to explain the anger.

The plot of the book revolves around Brianna’s attempt to make it as a rapper in the face of numerous difficulties, ranging from her family’s struggles to the public’s reaction to her bold first song. It’s a story of self-discovery amid adversity.

After reading Angie Thomas’s undisputed masterpiece, The Hate U Give, I had extremely high expectations for this book. Overall, it doesn’t disappoint.

I was surprised to find that On the Come Up is set in the same neighborhood as its predecessor, but about a year later and with entirely new characters. I was a little worried that this choice would sacrifice the freshness of the story, making the characters’ situations and personalities in the two books much the same.

On this count, I could not have been more wrong. The situations faced by the characters in the two books do bear similarities, but many of these are more due to the prejudice they receive being African American than because of the specifics of their living conditions. Both the characters and their lives are entirely different.

Because of this, I’m not sure what is accomplished by creating both stories in the same world. But it doesn’t detract from the story, as I feared it might.

Aside from the powerful main character, I was also impressed by the other characters and their relationships. Thomas has a way of making her characters feel human through the smallest details: the trivial references, the shoe brands, the memories and the dreams. In both the highs and the lows, Thomas nails it.

In similar fashion, the plot is intricate and multifaceted, tackling a myriad of struggles and perspectives, many of which I hadn’t seen much of before reading this book. A lot happens in this book, but Thomas never forces events along to the point that they seem unrealistic or rushed.

But there is one thing about the book that I definitely disliked: the rapping aspect.

Yes, I know… rapping is pretty much what the book is about on the surface. It’s not that I dislike rapping itself, or Brianna’s passion for it.

My problem is that Brianna’s two songs, one near the beginning of the book and one at the end, take away somewhat from Brianna’s character development by essentially summarizing the culminations of her feelings. It seems to oversimplify the message of the book, and also feels somewhat in your face, like the lyrics are meant to be the reader’s takeaway from the story. I like to be able to come to my own conclusions.

It could never beat The Hate U Give, but it still tells a story I enjoyed reading, from a perspective that deserves more representation. And if you liked Thomas’s first book, you’ll like her second as well.