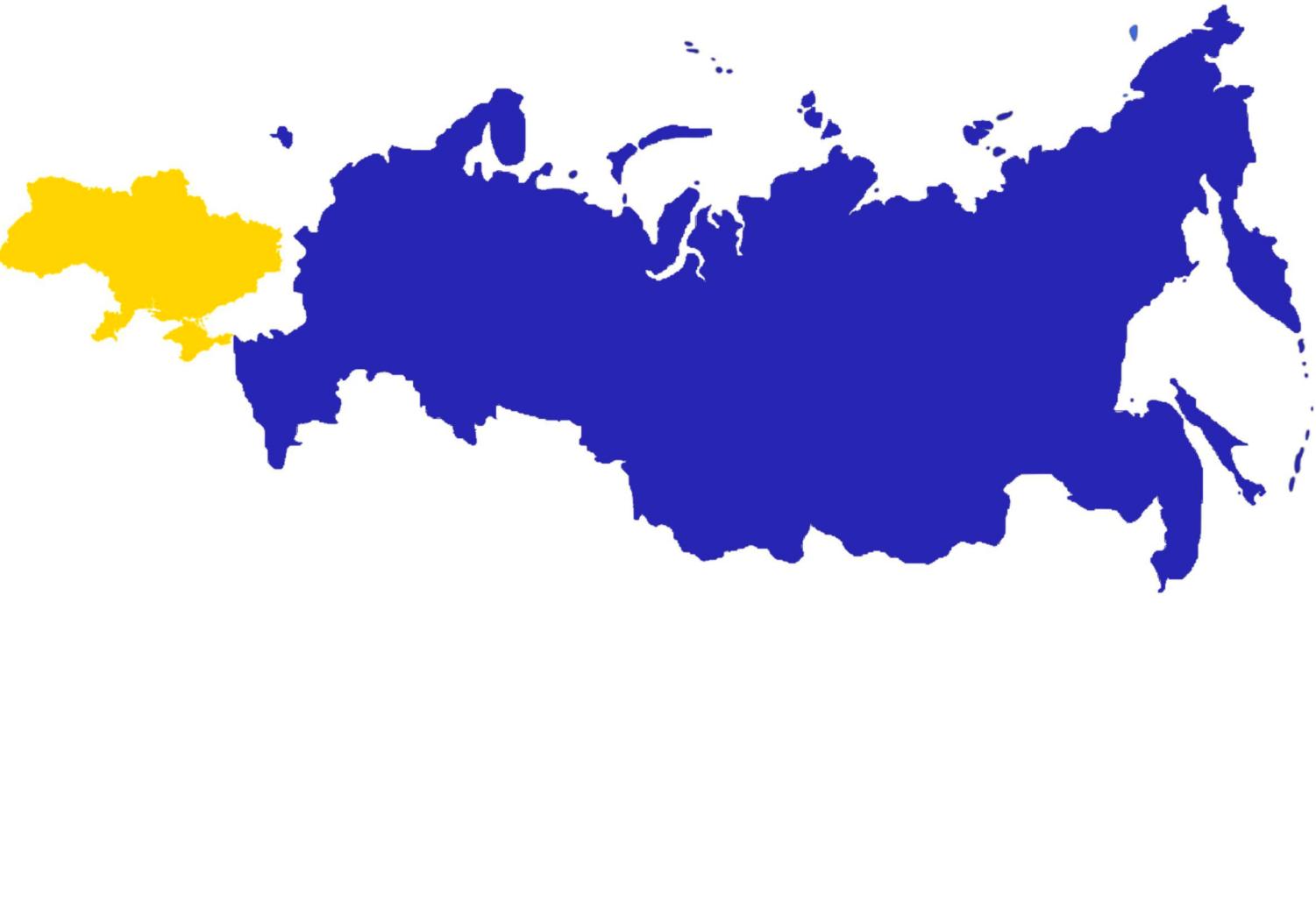 For Ukraine, the threat of invasion is nothing new. And now, threats have turned into reality. In the early morning of February 25 in Ukraine, Russia launched an offensive against the country. The upcoming days and weeks will be telling for the safety and stability of Europe and the rest of the world.

Ukraine sits on the border between Russia and Europe, its foreign policy fitting between the two. Recently, Ukraine has reached out to the European Union and NATO, or the North Atlantic Treaty Organization. Russia, however, does not like Ukraine having diplomatic relations with Western European countries, in fear they could use Ukraine’s proximity to the Russian border against them.

Ukraine has a long history of being under control of another nation, and has only been

independent for just over 30 years. The country had been a part of Russia from the mid 17th century and then pulled into the Soviet Union until it gained its independence in 1991 during the dissolution of the Soviet Union.

Given this history, Ukraine has long had deep social and cultural ties to Russia. One third of the population speaks Russian while the rest speak Ukrainian. A large percentage of the media is also Russian. Russia’s President, Vladimir Putin, has even referred to Russians and Ukrainians as “one nation”.

In a conflict in 2013 and 2014, the Ukrainian president of the time, Viktor Yanukovych, rejected a deal for greater economic integration from the EU. This decision provoked protests, which Yanukovych, in response, put down violently. Russia supported Yanukovych while the EU and the U.S. took the side of the protesters. Eventually, the uprisings pushed Yanukovych out of the country. In reaction, pro-Russia rebels rose and Russia invaded Ukrainian territory, the Crimea peninsula, stating historical claims on it. The conflict claimed over 14,000 lives.

Russia has resisted Ukraine’s slow move to Western European institutions, especially NATO. In the past few months, at least 100,000 Russian troops had been stationed close to the Russian-Ukrainian border. The concerns were, unfortunately, merited.

Since the invasion, Ukrainian president Volodymyr Zelenskyy claimed that hundreds of Ukraine civilians and military personnel have been killed. The Ukrainian government has also declared martial law and has urged Ukraine citizens to leave Russia.

Despite the troubling times in Ukraine, life continues. 30-year-old Rustam Ergreshov has a job in Ternopil, a city in western Ukraine. He’s taken a calm approach to the situation, but expects full support from America’s defenses.

“In my opinion America plays [a] main role in this situation and we really expect war action from America,” Ergreshov said. (Translated from Ukrainian)

Sixteen-year-old Nastaya also lives in Ternopil. She is a tenth grader studying at Koroperskomy Regional Boarding School with enhanced military training. She sees the situation similarly to Rustam.

“I’m taking this situation as being not really good because it is very disappointing that Ukraine is in danger,” Nastaya said. (Translated from Ukrainian.) “My life changed because I started worrying about my family. It didn’t change at school, but at home everyone wants to run to a different county but I’m not supporting this.”

Nastaya thinks Americans understand the situation reasonably well but is not sure what the future will bring.

The whole situation had sparked a sense of nationalism in Ukraine. The rate of gun sales in Kyiv and enrollment in first aid classes have increased, and many citizens have stayed home to help fend off the Russian invaders, even those not required to stay in the country.

By February 26, some Russian forces reached Kyiv with intent to take the capital. Ukraine’s Defense Ministry tweeted “make Molotov cocktails and take down the occupiers.” Ukrainian men aged 18-60 are temporarily barred from leaving the country as Ukraine braces for battle to defend their sovereignty. Days, months, or years, Ukraine intends on fighting for as long as it can.

Since the invasion, the U.S. has imposed sanctions on Russia, cutting Russian banks from the U.S. dollar and working with European countries to hit Russia where it’s vulnerable: the economy. Since 2013, the Russian GDP has fallen from 2.2 billion to 1.4 billion in 2021. The latest sanctions’ intentions are to cripple Russia’s technology imports and freeze bank assets.

However, Russian president Putin has shown little concern for economic sanctions being levied on the country, and troops on the ground remain solely Ukrainian or Russian, with no other nations’ soldiers being involved.

As of print date, the Ukrainian government still holds control of the country as they prepare to defend it to the death. Stiff resistance has led to Russian forces slowing down,as Ukraine continues to fight back.

Peace talks in Belarus produced nothing of significance on February 28, with Russia’s demands of the recognition of a Russian Crimea and a ban on Ukraine joining NATO proving too steep for any discussion of a cease-fire.