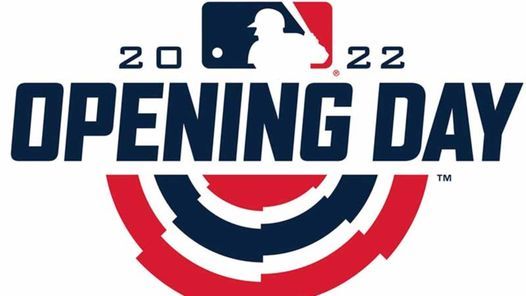 Opening Day, the day that all baseball fans get to sit back, relax, and enjoy America’s pastime on the big screen. It’s time to play baseball for fans around the world.

The Royals got the win over the newly-named Guardians thanks to 5 ⅔ innings from the Royals ace, Zack Greinke. The newly called up prospect, Bobby Witt Jr. had his first major league hit in the form of a double to left field to score a run.

The Cardinals got their first blowout win of the season thanks to three-team home runs and an excellent day by outfielder Tyler O’Neill. O’Neill finished the game 2 for 3 with a walk, single, and a home run, as well as five runs batted in.

The top-ranked Mets took on the 2019 World Series champion Nationals in a “single mania” game. Although the one run that was scored by the Nationals was a solo home run by outfielder, Juan Soto, any run that the Mets scored was via singles or “small ball”. Pete Alonso, Mark Canha, Robinson Cano, and Jeff McNeil all finished the game with 2 hits for the Mets.

Every baseball fan was itching to see how the 2021 World Series champion Braves would start their season in 2022. It was not so hot for Atlanta. Atlanta’s ace pitcher, Max Fried, did not have his best start, as he gave up 5 earned runs on 8 hits and a walk. However, the Reds’ starting pitcher, Tyler Mahle, pitched 5 innings with 7 strikeouts and only 3 hits.

This game was between arguably the most fun player to watch in 2021, Shohei Ohtani, and the powerhouse team of the Astros. The Astros’ third baseman Alex Bregman had 2 hits and 2 runs batted in during the game. The Angels finished the game with only 4 team hits which will probably be the lowest amount of hits that they have all season.

The highly-rated Brewers hoped to start their 2022 season off strong with a win over Chicago. In this game, both teams swung the bat well, with Chicago’s Ian Happ with 3 hits and Milwaukee’s Willy Adames, Andrew McCutchen, and Rowdy Tellez with 2 hits apiece.

An offensive meltdown. That is all that this game can be labeled as. With both teams combining for only 7 hits, this was not the most exciting game to watch. However, that is compliments to pitchers, Yu Darvish, Madison Bumgarner, and the rest of the bullpens for pitching a very good game.

Baseball’s biggest rivalry happened to fall on Opening Day in 2022, and this game did not disappoint. This game was back and forth with both teams hitting and playing defense extremely well. In the end, the Yankees edged it out with some clutch hits late in the game.

This was another close game. Both teams made some big moves in the offseason to boost their team as a whole, with the Tigers acquiring infielder, Javier Baez, and the White Sox getting outfielder, AJ Pollock. Both teams played a really good game, but the Tigers pulled out the victory thanks to some clutch hits by the veteran, Miguel Cabrera.

Most baseball fans knew that the Phillies were going to be a team to beat in the 2022 season. The Phillies added outfielders Nick Castellanos and Kyle Schwarber to their roster in the offseason, and those moves paid off in the 11-hit affair against the Athletics. The starting pitcher for the Phillies, Aaron Nola, also tossed a really good game to give the Phillies their first win.

This game was a pitcher’s duel. When a score is this low in a baseball game, it either means both team’s pitchers had a great game on the mound, or the two teams just could not find any offense. In this case, it was a pitcher’s duel, with Orioles starter John Means striking out 5 hitters and Rays starter Shane McClanahan punching out 7 hitters.

One of baseball’s top prospects coming into the 2022 season was outfielder Julio Rodriguez. J-Rod did not have an impressive game on Opening Day, going 0 for 4 with a strikeout. At the end of the day, the powerhouse lineup from the Twins fell to the Mariners thanks to pitcher Robbie Ray throwing 7 innings of 1 run baseball.

Here we go again… It is not shocking that the Los Angeles Dodgers are trying to build a superteam for another year. There is not a weak spot in this lineup, whether it is pitching or hitting. Braves legend Freddie Freeman collected his first regular-season hit with his new team and the Dodgers started their win streak.

Although the Giants got out-hit by the Marlins, they still pulled out the victory on Opening Day. Two of the National Leagues’ best pitchers faced off in this game, with Logan Webb of the Giants throwing 6 innings of 1 run baseball, and Sandy Alcantara tossing 5 innings of 2 run baseball. The Giants won this game via some good, late-game at-bats.

Despite the Rangers hopping out to a 6-0 lead in the first two innings, the Blue Jays battled back the rest of the game and got the win. The Blue Jays kept chipping away at the lead with hits from Vladimir Guerrero Jr., Bo Bichette, and Danny Jansen, and the Blue Jays’ bullpen closed out the game.