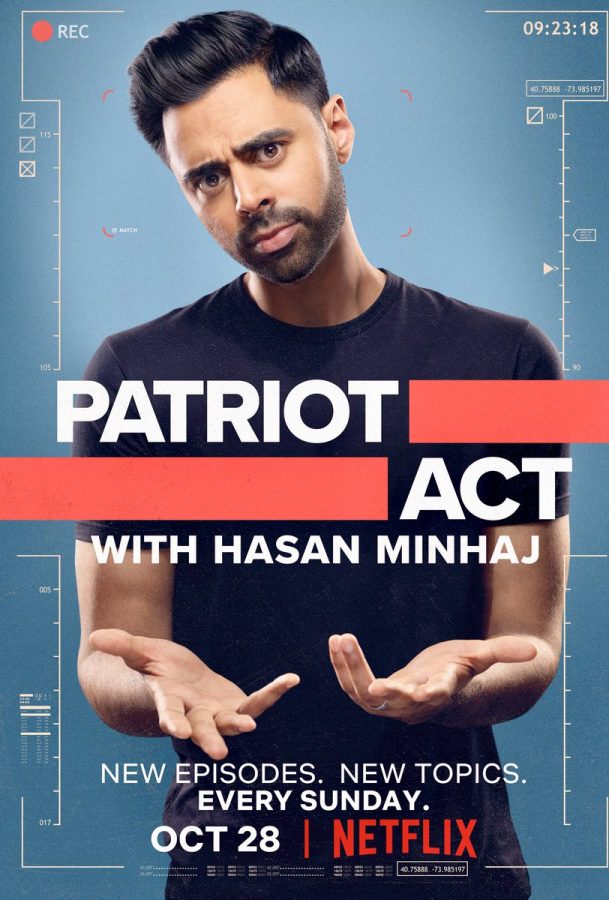 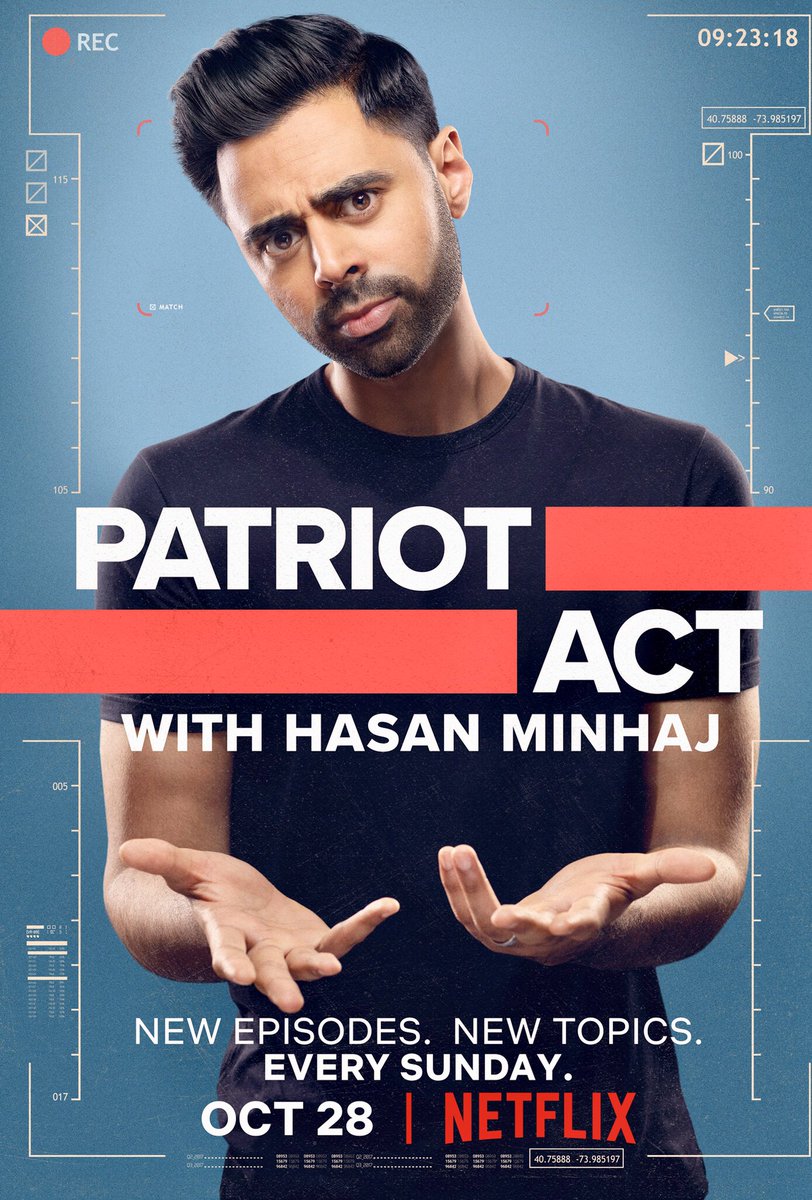 If you’re looking for your weekly fix of Guy Fieri and Billie Eilish pop culture references but you’re also trying to be a more politically informed teen, with the upcoming election sparking debates in every classroom and family reunion, you should watch Netflix’s newest news show, “Patriot Act,” hosted by Hasan Minhaj.

Minhaj is a former host of The Daily Show with Trevor Noah as well as a standup comedian with his own Netflix special called Homecoming King, and an actor in Arrested Development and more.

“Patriot Act” blends comedy and news in a way that makes it easy to watch and understand, especially in the ever-complicated world of politics today. Although we’ve seen plenty of shows like this before, Minhaj’s brings a few new elements.

As Netflix is known for binge-worthy shows, you might be wondering how a current news show fits into that image. “Patriot Act” focuses on one issue per (around) 25 minute episode in a deep dive analysis of that topic, so you can choose which things you want to learn about and which just don’t matter to you. Because it’s not a “here’s everything that happened in the world today” news show, it’s easier to go back and watch old episodes that are probably still relevant, a much more favorable structure for Netflix’s binging format. A new episode is released every Sunday with subjects ranging from Supreme to Saudi Arabia, cruises to Canada’s Prime Minister, and Amazon (Jeff Bezos) to the Amazon (rainforest).

Another way that “Patriot Act” is different from other comedy news shows is Minhaj himself. Because he is an Indian American, he offers a unique perspective that makes the show all the more relatable to minority viewers, something that John Oliver (as funny as he is) can’t exactly provide. Although there is an obvious liberal bias, the show isn’t marketed as straight news — and if bias alone is enough to discredit a news program, nearly all of them would already have lost their audience base.

Along with a live audience, expert on-screen graphics and some admittedly cringey interviews with big name politicians, Minhaj managed to create a hilarious news program to captivate audiences of all ages and racial backgrounds. All that conveniently located on one of the biggest names in entertainment, none other than Netflix, sets up “Patriot Act” for even more success as its fourth volume comes to a close.