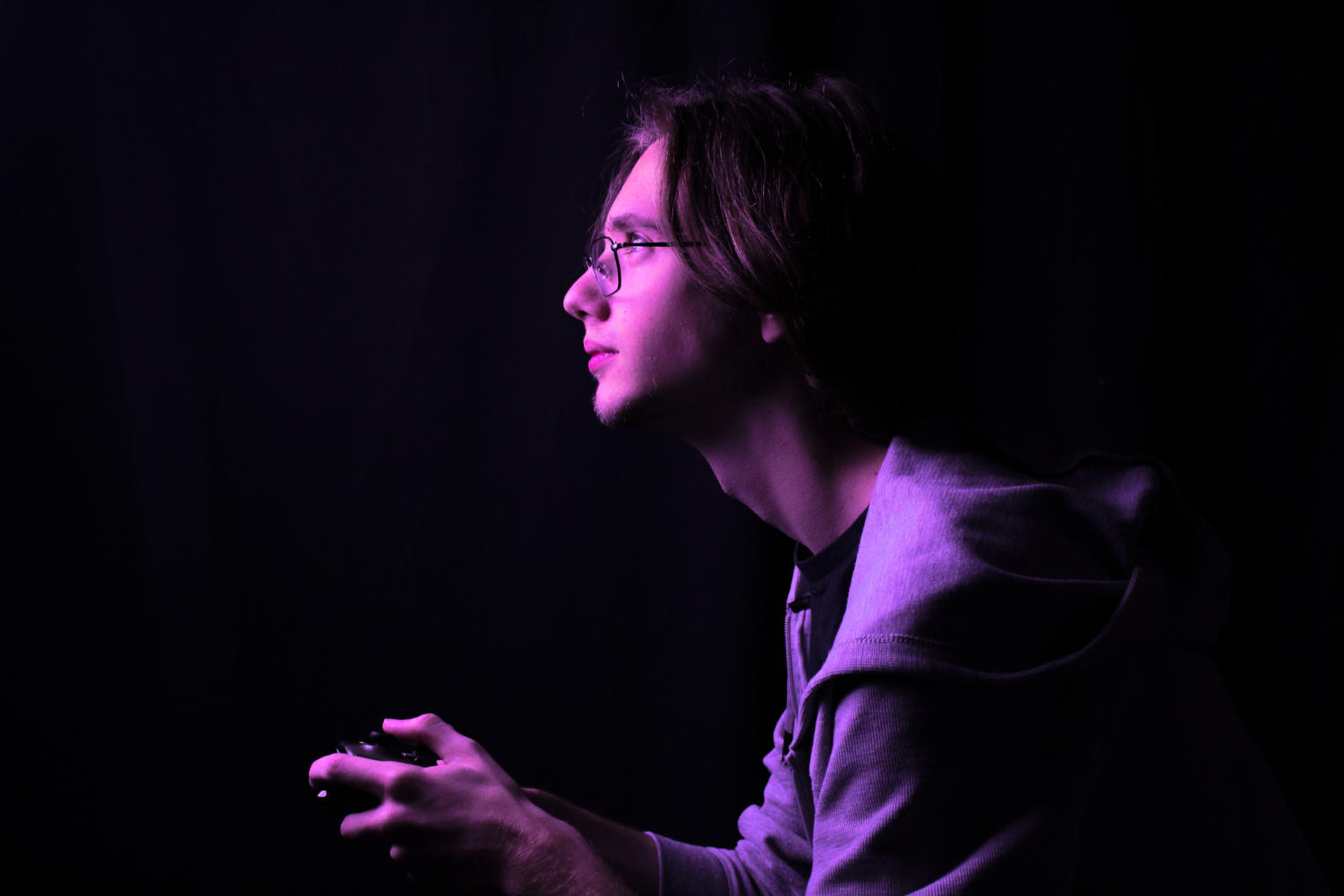 By day, senior Jude Merreighn shuffles from class to class, an average student, but at night, he is Jit Gaming, a content creator. Making content for the sake of fun with his friends.

Merreighn is known on the internet as Jit Gaming. He runs the Instagram account @jitarious_gaming where he posts clips of himself playing video games with friends and strangers on the internet.

His account has around 215 followers, ranging from close friends to complete strangers. His most popular, and most common content is online multiplayer games like Destiny 2 and Call of Duty.

For the past year and a half, Merreighn has been posting. He began posting as a way to keep the memories of fun times with his friends.

“I just thought it would be funny if I had a bunch of videos of me and my friends doing funny stuff in games,” Merreighn said.

Although his main form of content is gaming related, Merreighn also happens to post memes and lifestyle content as well, updating his fans on aspects of his life.

He mostly plays multiplayer games, with his content focusing on the antics that go on between him and his friends. Ranging from funny moments to gameplay moments he deems exciting. He rarely posts solo content, because in his eyes, the stars of the show are his friends.

“Sometimes it’s just me playing a game and my friends will be talking in the background and saying some things that I think are funny,” Merreighn said.

Merreighn plays with all types of people, because for him, that’s what is the most important part. He appreciates the variety that comes with his multitude of friends.

Senior Hayden Goode also creates videos with his friends, including a few collaborations with the Jit Gaming account.

Goode’s account is followed mostly by close friends, as it mostly clips of friends. He also uploads gaming content.

“I try to upload whenever I can,” Goode said.

For Goode, it’s not about quantity, it’s about quality. His process to record is much more difficult, having to properly sync up video and audio. This causes him to have to cherry pick his favorite moments.

This is unlike the Jit Gaming account, which is full of several easily picked moments. Merreighn also prioritizes the quality, although he has a much easier access to several clips because of the way he captures his video and audio.

Merreighn’s recording is as easy as clicking a button when he thinks something was enjoyable. He records on a dime, never setting out to specifically make a piece of content. For him, it’s all natural.

While some creators try to grow their content empire far and wide, these two keep it much more lowkey. They opt to try to strengthen the bond of their community rather than catch as many eyes as possible.

“I started the account because of a poll I asked people what I should upload,” Goode said.

Merreighn and Goode have collaborated on a few occasions, they both play similar games, and make content for the same purpose: a keepsake of good memories.

Both creators recommend trying it out. They have their own ways of capturing their content, but they equally endorse the practice.

“Just doing it is the hardest part,” Goode said.

Goode believes that no matter how hard it may be to motivate yourself to start recording, the fun and memories are worth a lifetime.

Merreighn doesn’t see growing his account as a necessary factor in his fun. He believes that his actual content is the key factor.

Goode follows a similar train of thought, believing that growth is only secondary to what gets out of it himself.

“My account growing isn’t really a big deal to me. I mainly have it for myself and for my friends that want to see some clips,” Goode said.

For these two small creators, it’s all about the memories and the community they raise up.

“There is actually no downside to doing something like this. It might take some work to get results you’re happy with, but if you put in work you’ll get to a point you can be proud of,” Goode said.