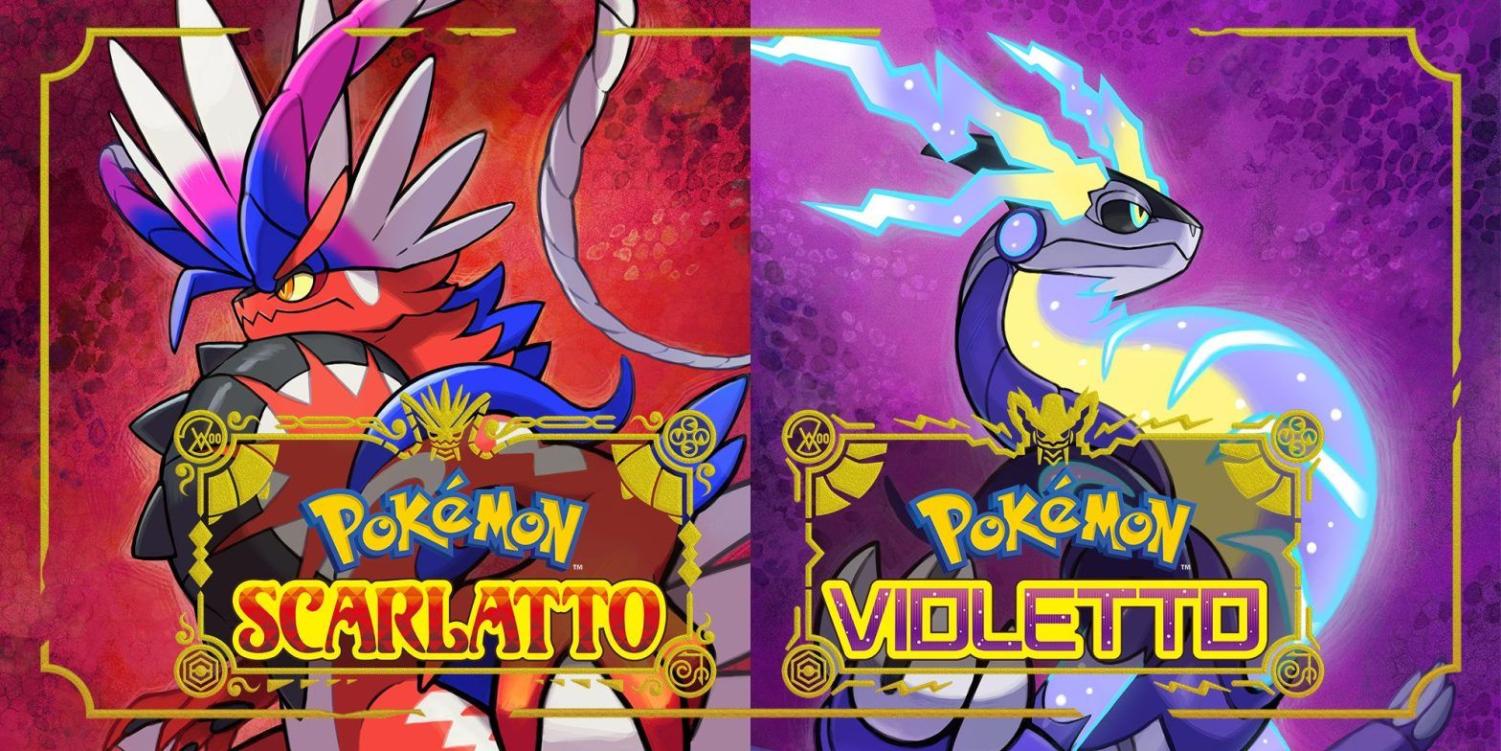 Open fields, complex caves, vast seas, all a first for the Pokémon Franchise. After 10 months from the release of the long awaited Pokémon Legends: Arceus, Game Freak finally released their first truly open world game. Go wherever you want, whenever you want.

While the game certainly has its beautiful moments, it is clear the game is in a buggy and unfinished state. Glitches are endlessly abundant, sometimes making the game unplayable.

That being said, when the bugs aren’t apparent, the game can seem as though it’s a masterpiece. A truly open world game is something Pokémon fans have been dreaming of for years. That feature alone is enough to excite even the most basic of Pokémon fans.

The game starts with a long drawn out tutorial, as most Pokémon games do, with needlessly long dialogue blocking the amazing open world. But once the player passes the tutorial they are gifted with the legendary Pokémon Koraidon, in Pokémon Scarlet, or Miraidon, in Pokémon Violet. This Pokémon is the main movement mechanic, allowing the player to do a range of mobility options. The highlights are certainly the climbing and flying, however there are many bugs that can occur while climbing.

This generation of Pokémon is unique like the rest. This generation follows the typical list-like formula, hitting the common types of Pokémon: the route 1 bird and bug Pokémon, all the way up to the eventual pseudo-legendary dragon Pokémon. Although this generation has a few special Pokémon unlike any other.

Without spoiling anything, there is a new species of creature called “Paradox Pokémon”. These Pokémon are past or future forms of familiar Pokémon that players know, however, this time they have close to legendary level stats. Scarlet and Violet also feature a new type of Pokémon called convergent evolutions, in this gimmick, familiar Pokémon that players know are given what some may consider a “cousin” form, giving an all new Pokémon to players that have a similar aesthetic to past species.

Within the game, Pokémon actually seem alive sometimes, having their own behaviors depending on their species. Unfortunately they don’t interact with each other, which is seemingly lackluster. However, the way they interact with the players is still quite a nice feature.

The open world aspect is the most anticipated part of the game. It holds up quite well, despite the bugs that can occur often. There isn’t dynamic leveling within the game, which can cause certain parts of the game to be overwhelmingly difficult or unnecessarily easy. There is a set order in which the game recommends you proceed, but it never tells you. Often you will find yourself slightly under leveled, which isn’t a problem because the combat is the easiest the series has ever seen. However, for most children who play, they may have an issue or two finding out what to do.

There is hope yet for these games, as patches roll out and the bugs and glitches are fixed. If these patches are quick to release, there is a high likelihood that these games are adored by fans in the future.

Overall, the game is an amazing experience when the bugs aren’t apparent, but that is never the case. Bugs and glitches run rampant from start to finish. The game is certainly a must play, but it needs to be stated that the player will almost certainly run into several issues before they see the credits of the game.