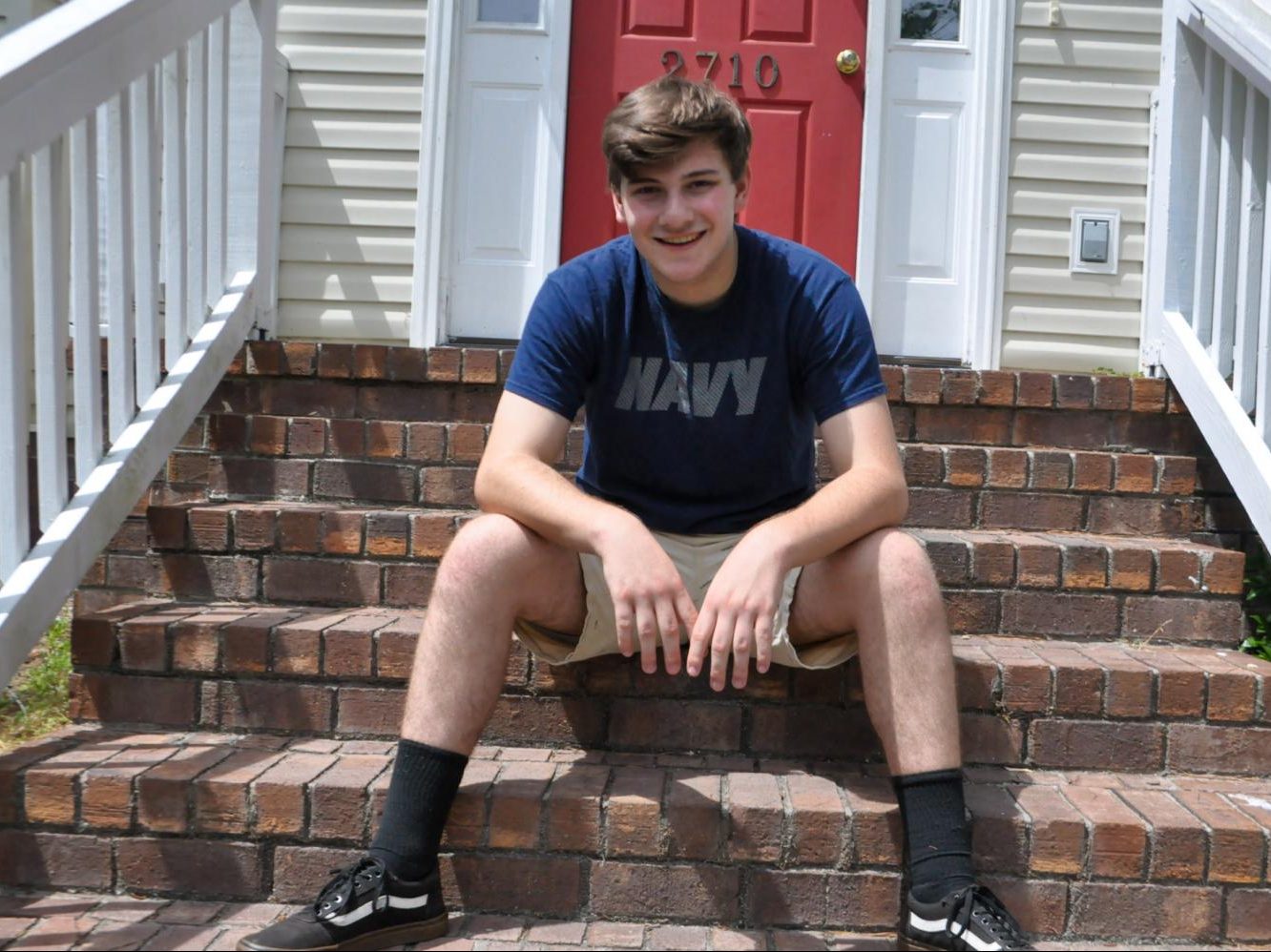 What made you decide to enlist in the U.S. Navy?

After 12 years of school… I just kinda realized that, right now at least, college isn’t for me. Probably at some point later in my life it will be, but as of now, college isn’t for me and I wanna do something that helps out and kinda explores the world, and the navy is offering me that. I have an eight-year contract and first thing I do is I’m going to Great Lakes right outside of Chicago for boot camp. In total I’ll be in Great Lakes from around 22 weeks, and after that I come back to Charleston for a month and [the Navy] either gives me my deployment or my station, we don’t know which one yet, it’s kinda based on what the Navy needs at the time.

What made you decide to join theater during high school?

Basically, I’ve always liked musicals and stuff, but my favorite musical of all time has always been Sweeney Todd. I have a friend who did theater, and they told me they were doing Sweeney Todd, so I just figured ‘why not audition, I’ll just try it’ and from there I just kinda fell in love with it.

How do you think your decision to join the military and your love of theater has influenced you together?

The military is gonna keep me more grounded, definitely. I work better with a schedule. And theater? It’s definitely made me a more confident person because before theater, when I would do ROTC performances, I would get really bad stage fright, but now I’m on stage and sing in front of a bunch of people. [Theater and ROTC] taught me not to give up. I was not the best singer, [I] can acknowledge that, and that’s okay! But I really did work very hard to get where I am today, and I’ve improved a lot. There’s that drive of not giving up and doing your best no matter what. There’ve been some times even in a show when I’ve done terrible, but I got out there the next day and did it again. In theater it’s not done until it’s done. We’re doing Heathers right now, and we don’t have a stage. We’re supposed to go on in six days, but we can’t because of corona, but it’s not done until it’s done.

Is there something you would tell your freshman self now that you know what direction you’re taking your life?

Don’t dismiss yourself or dismiss something just because it’s opposite to what you do. I’m not going to lie, I… was not a fan of the Navy simply because I was an Air Force in ROTC and the Air Force and Navy kinda like pick on each other and stuff. My dad thought it was funny — he would wake me up with the Navy song called “Anchors Away” and I would always be like ‘I am not joining the Navy… blah blah blah’ but the moment I stepped into that recruiting office — I stepped in with low expectations, I’m not going to lie — but I stepped into that recruiting office and I was like ‘dang this… I like this, a lot, it’s what I want.’