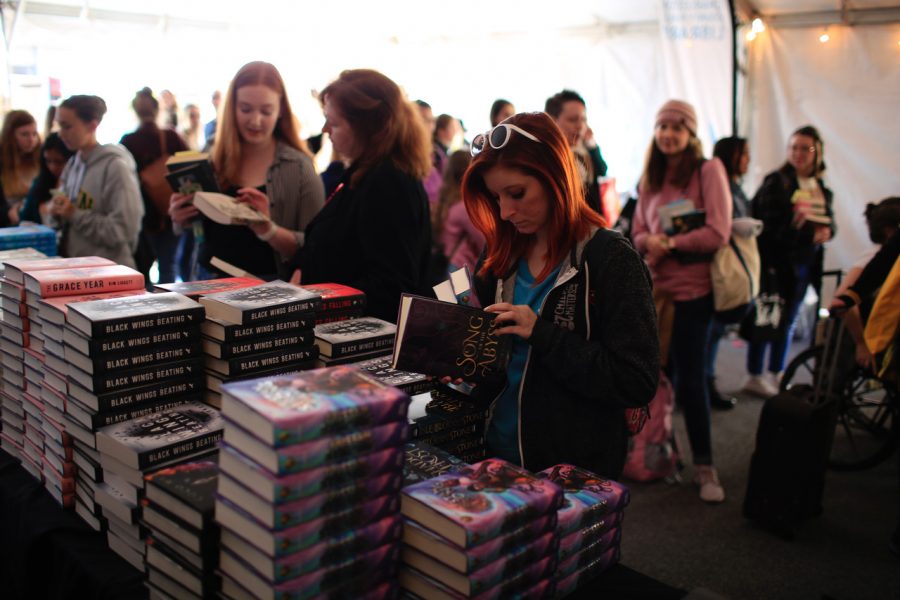 Tell me about your book.

“It’s my first book, and it’s called Beast of the Frozen Sun. It’s a young adult fantasy that’s based on the Viking invasions of Ireland in like the 900s. So the main story is about a girl who has the ability to read people’s souls by touching them, and she runs across a guy who has come to invade and take over her village, but his ship sinks and he washes ashore alone and she’s the one who finds him and saves him. So the story kind of picks up from there and how their different countries were raised to be enemies, but they become friends. And there’s a love story, and all that stuff.”

Why did you want to be an author?

“I started writing stories when I was a kid, I loved reading and writing, and when I got older, I decided that’s what I wanted to study in college, even if I couldn’t get a job doing that. I was like ‘I love this, I want to go to school for this,’ and so when I graduated, I got a teaching job, but I was able to write on the side. And I just love telling stories, so I kept doing it until I finally wrote something good enough that someone wanted to publish.”

Who is your biggest inspiration?

“For this book, it was probably Juliet Marillier, the author of the Sevenwaters series. She wrote Daughters of the Forest as her first book, and that was the biggest influence on this book. All of her books, but I read everything in young adult fantasy, so there are a lot of other authors that I love who didn’t necessarily inspire this book directly, but who I love to read them. They make me want to write more — like Leigh Bardugo, Holly Black, several of those authors I just love.”

Why did you come to YALLfest?

“Because my book got published in August, and I heard about this festival and I was like, ‘that sounds awesome, I want to be a part of it.’ And I actually live in Spartanburg, so it’s about three and a half hours away, so it was easy to drive here and come to the festival. This is my first time here, but it’s amazing. I love that there’s so many people here, excited about so many young adult books. It’s just been a great experience.”

What do you want teens to get from your books?

“Probably a sense of following their own way, not letting other people tell you what you should think about things, what you should believe, what kind of person you should be. Because in the story, the main character, Lyra, has been raised to think a certain way about the invaders that come to her island, but she befriends Raker, who is from the Land of the Frozen Sun, and realizes he’s not like she was raised to believe… You’ve got to be your own person and stand up for what you think is right.”