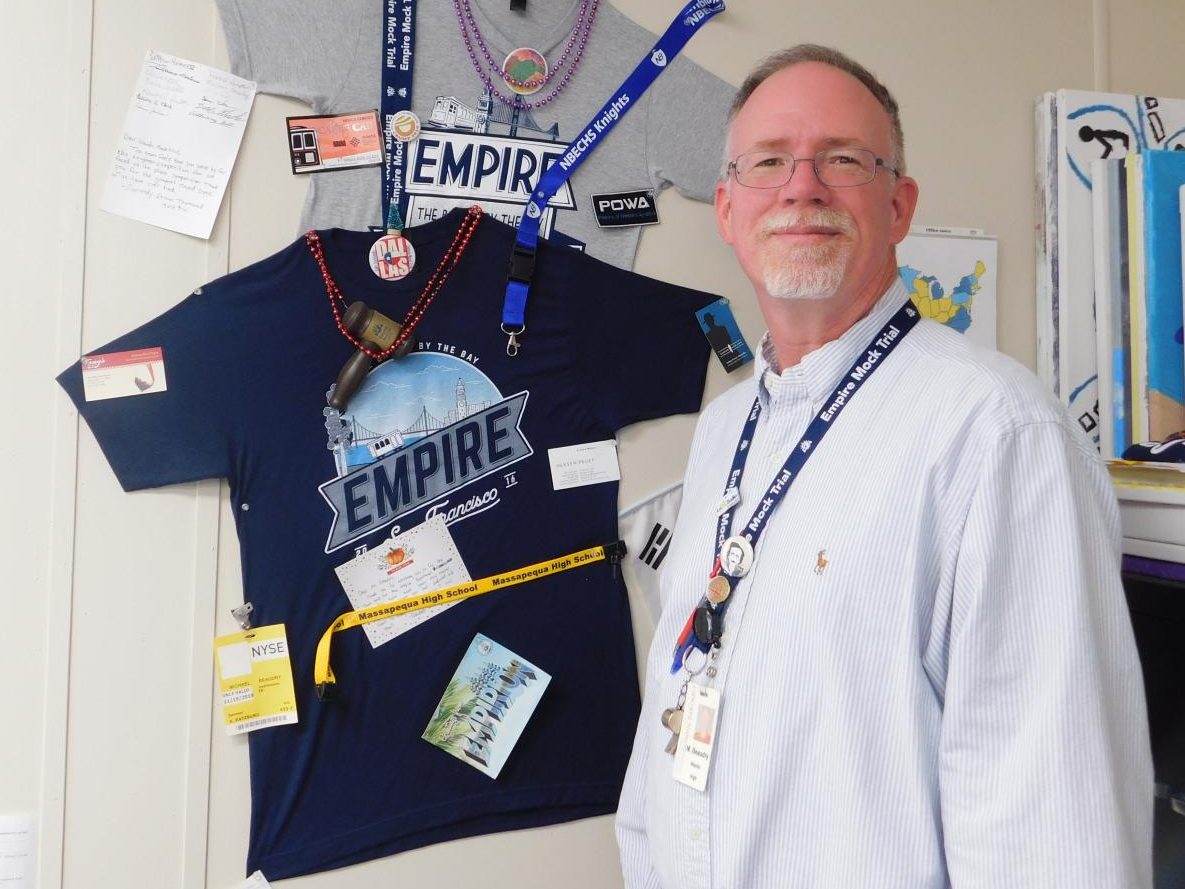 Where did you live growing up?

What hobbies do you have outside of your occupation?

“Building models primarily. Yeah, I do that mostly as a hobby, but occasionally somebody will ask me to build them something, so I work on commission also. [I build] everything… Right now, my current project is the Millennium Falcon… What I’m doing is taking a Hasbro kids toy. This thing you buy in a box that’s supposed to be for kids. It’s like really soft plastic. I’m tearing it up. Completely rebuilding it. I’m just using the toy as a shell, and I’m building it up to be a what they call ‘studio scale,’ which is the kind of size and detail that you would use in filming… I’ve got it wired for lighting, so the engines pulse and light up… the cockpit is fully lighted with fiber optics. The gun bays are fully lighted with fiber optics. Other than that, added an awful lot of detail, what they call ‘greebling’ in the business, so a lot of pipes. A lot of extra stuff here, there and everywhere. I had to replace all kinds of things that they left off, or they molded onto the model which shouldn’t have been, so I had to cut all of that stuff off. It looks kind of the same except it’s infinitely better detail…

I built an American Civil War 32 pounder smoothbore gun, like the ones you see out at Fort Moultrie… and then another guy that owns Cottage Industry Models turned it into a kit and sells it.”

What are some of your favorite memories from your childhood?

“That’s hard because I really enjoyed my childhood. I thought it was a blast. It’s really hard to pick. Let’s see. In Hawaii, I just enjoyed going to the beach every week. In Virginia, I have memories of ice skating on ponds. North Dakota. My wife and I used to go hiking. That’s not my childhood, but I guess that’s my kids’ childhood.

In Michigan, just enjoyed hanging out with my cousins in the summertime. Florida, pretty much all of it. Alabama. I pretty much loved Alabama. I enjoyed Houston, going down to the beaches there.

Lived in California three times. Lompoc, California. I enjoyed that place because that’s the Western Missile Test Range for the Air Force, so there were missile launches every couple of months, so you always got to watch those. Those were always fun.”

What is your favorite pet story?

Probably that strangest pet story I’ve ever had was when my turtle escaped. They’re tremendously fast runners when they decide to take off. Yeah, it was really embarrassing. You’re supposed to give your lizards or reptiles some sunshine every now and then, so we put him in the backyard. We’ve got a fence. You know, a chain link fence. There wasn’t any holes in that chain link fence big enough for him to fit in. He managed to find a hole, and he bolted. He made it into some stuff in California called ice plant, which is impossible stuff to get through, and he got in there and we’re just like, ‘Well, he’s gone.’ …

We left California when I got out of the service, and some friends of ours a couple of months later had mentioned that their neighbor had found a box turtle that matched his description… and that was a good two blocks from the house, so he was on the move. His name was Theodore.”

“At my age, quiet, reading books. That’s very nice. My youngest son is 20 years old so… we don’t get the family completely together very much anymore. When we do usually it’s a holiday of some sort or like Thanksgiving or Christmas. We drive the county park lights every season. Beyond that, we don’t have a chance to do much of that. My oldest son is in the army. He’s in Korea right now, so we can’t really gather the family too much anymore. Between my wife and I, it’s just nice and quiet. She works at night. I work in the daytime, so there’s not a lot of get together.”

Who would you like to reconnect with from your childhood?

“Considering I knew very few people longer than two to four years, it’d almost be almost every single one of them because how’d they turn out? How’d their life go once we got separated? From friends from kindergarten all the way through high school, I don’t see anyone anymore. One of my best friends from high school, I wouldn’t mind seeing him again. I don’t know where he is. He’s somewhere in Tampa as far as I know. Another friend from Hawaii. I’ve lost track of him… Last I heard, he was a colonel in the Army. Beyond that, I don’t know. That’s about it. I don’t know where anybody else is. That’s kind of difficult when you’re a military brat.”