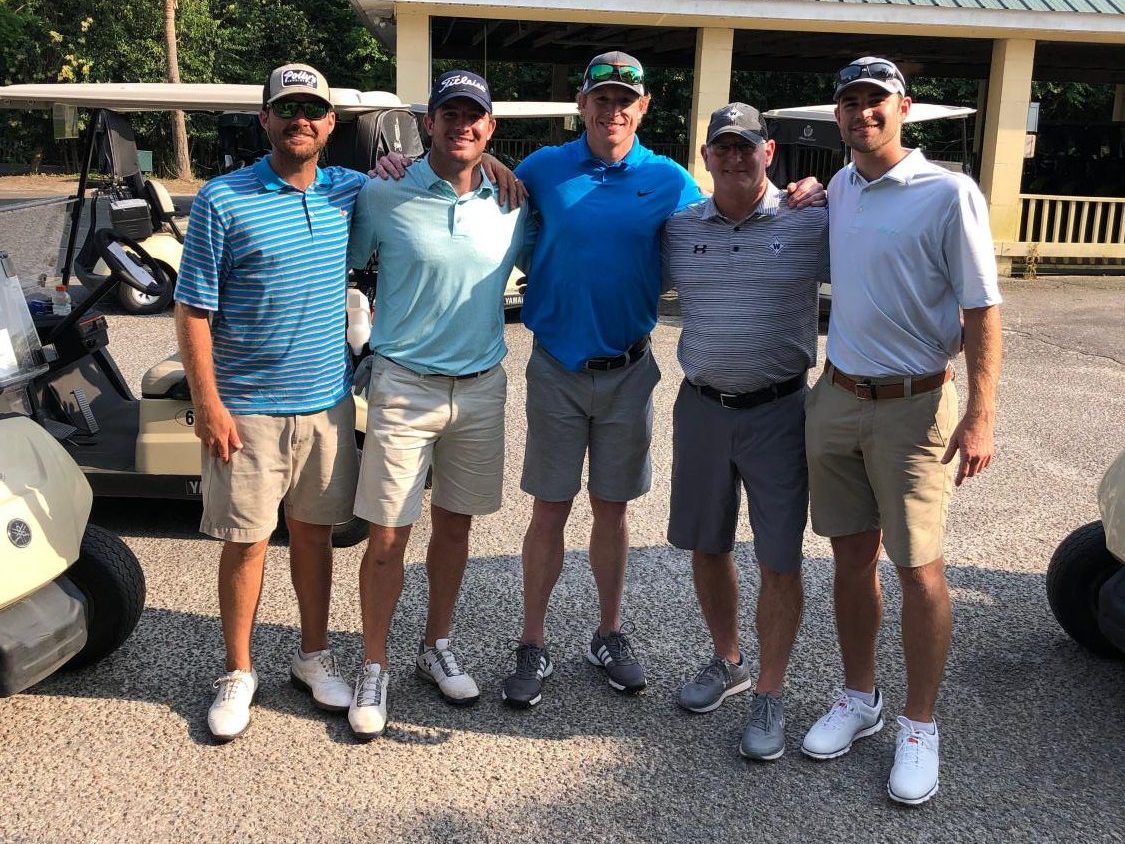 What words would you use to describe Coach Hayes?

“Coach Hayes was a first class man, a great leader, and an unbelievable coach. He expected 100% from every player, not just on Friday night, but every day. Coach Hayes had the respect of every player on his team. He had a way in bringing out the best in his players, not only as football players, but also growing as young men… he always had such a serious and stern look about him even in general conversation, but in that he would slide a joke in there but wouldn’t crack a smile, and it always made it more funny when I would laugh at the joke and see him go from that serious look to laughing, smiling, and cutting up once I realized he was telling a joke.”

How did Hayes impact your high school career, aside from being your football coach?

“I had to deal with a lot of ups and downs with injuries throughout high school but Coach Hayes taught me not only how to deal with adversity, but how to take adversity head on and overcome it, which has had a big impact on my life. Things I’ve learned from Coach Hayes weren’t just in the moment during high school on the football field, they helped me prepare for life and the challenges that life would present. He wanted all his players to learn how the game of football could help us grow as men after high school.”

Is there a specific memory you have with him while you were on the football team?

“Going into my senior year we were running 100 sprints during summer workouts. I was always finishing in the front each sprint but on the last sprint, myself and a couple others made it a race to see who finished first. After that, Coach Hayes took me aside and told me he expected me to give that effort on every sprint I ran from then on. He said to me that as a leader, I needed to set an example of the effort that needs to be given in everything I do, and that I should expect that same effort from every single one of my teammates.”

“Coach Hayes was a tremendous leader. He knew how to get the most out of his players but he also knew how to get the most of his team and bring everyone together. But not just the team, coaches as well. He expected everyone within the program to give 100% everyday. But most importantly, he held himself accountable to be a great leader of men as the head football coach. He understood how to develop boys into men, and that’s because he cared about every player on and off the field. He helped players realize the potential they had, whether those kids knew it or not, and to never just settle no matter what their talent level was. There were always goals to reach and once you hit those, there were new goals set and he never let guys get complacent.”

How have you kept in touch with him after high school?

“I did keep in touch with Coach Hayes. From when I was playing at South Carolina til now. His door was always open and he always loved having former players come back. He loved talking about football but more so he loved hearing how his former players were doing in life like college, family, careers, and always willing to give any advice if he could.”

What impact did Coach have on you after high school?

“When I decided to go to South Carolina, Coach Hayes told me it was going to be a long and tough road with a lot of ups and downs. I experienced those ups and downs while I was at USC but the things that Coach prepared me for helped me in overcoming so many different challenges during college, and off the field. Even to this day I would see him around town and we would talk. He always asked how I was doing, about my kids, and would always say “Come see me” whether at school or at his house, which really meant a lot to me. He genuinely cared about you as a player and a person and that is something I will really miss.”