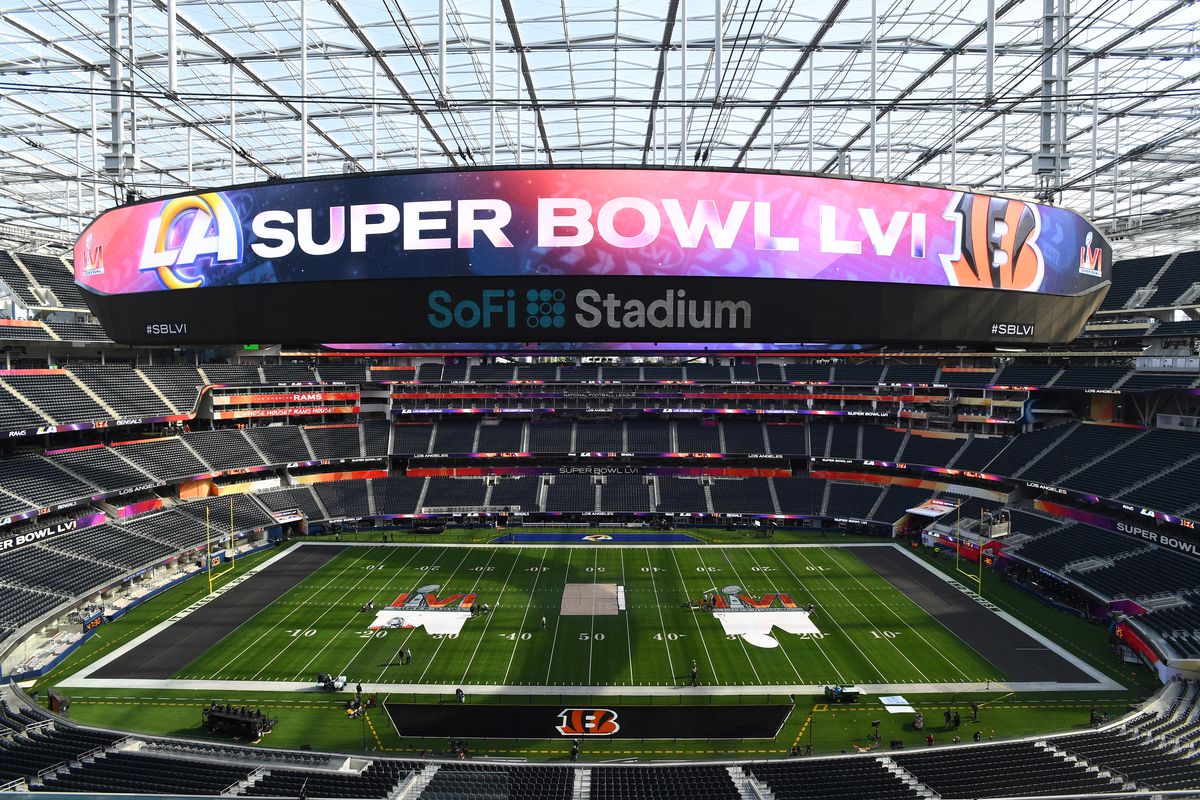 America’s big game, the Super Bowl. From 1967 to 2022, the Super Bowl has been a heart-breaking event or an amazing experience for so many Americans.

The Super Bowl stands alone at the top of Bleacher Report’s “America’s Top Ten Sporting Events” and is not moving down anytime soon. Two years ago in the United States, Super Bowl LIV was reported to have 148.5 million viewers who watched a part of the whole game.

This year, the two competing teams will be the Cincinnati Bengals, led by Joe Burrow, and the Los Angeles Rams, led by Matthew Stafford. The two teams have had amazing seasons with records of both 15-5 (Rams) and 13-7 (Bengals).

As of right now, the Rams are a four point favorite, and ESPN has given them a 66.3% chance to take home the trophy.

But wait! Don’t even think about counting out the man… the myth… the legend… Joe Burrow. After many excellent seasons with his high school, Athens High School, he committed to the Ohio State University. He spent his sophomore and junior years being a backup to J.T. Barrett. As a junior, Burrow would have been behind Dwayne Haskins. That is until he made the biggest decision of his life.

In 2018, Burrow announced that he was transferring to Louisiana State University. He then in his senior year, led LSU to win the National Championship and won the Heisman trophy in the process. He was then drafted by the Bengals in 2020 and quickly rose to the top of their depth chart. Leading us to now…

Every year, the football attraction that gains the most viewers is the iconic halftime show. This year, the show was led by Snoop Dog and Dr. Dre, alongside Mary J Blige, Kendrick Lamar, 50 Cent, Eminem, and a special guest appearance from Anderson .Paak. This is by far the most iconic group of names that have ever performed during the halftime show, and with this attempt at releasing old-school rap to the next generation, this show was loved by many people.

Super Bowl LVI was a crazy game. Neither team could move the ball the way they wanted to on offense, and both defenses played pretty well, but, it was clear that these were the two best teams in the NFL.

It looked like the Rams were starting to take an edge until their star wide receiver, Odell Beckham Jr. left the game with a left-knee injury. Without their number two wide receiver in the game, the leadership role fell in the hands of the age-old veteran, Cooper Kupp.

Everyone watching and playing knew that if the Rams were going to win the game, they had to get the ball in the hands of the player that had carried them all season. The player who had won the triple crown for receptions, yards, and touchdowns in the 2021-2022 season…

Itching for the comeback, the Bengals struck back by outscoring the Rams 10-3 in the third quarter.

Going into the fourth and final quarter, the Bengals led the Rams 20-16. It was clear that this game would be won or lost by the defense.

Quarter four was very slow, each team going back and forth punting, driving down the field a bit, and punting again. Until Cooper Kupp and Matthew Stafford clicked, the Rams drove down the field and scored a go-ahead touchdown with just minutes left on the clock.

The Bengals quickly tried to respond with a quick and promising drive down the field. Then, with forty-three seconds left on the clock, in a fourth and one situation, Joe Burrow threw a last attempt pass incomplete to end the game in a win for the Rams.

As for the MVP of the game, Cooper Kupp finished the game with eight receptions, ninety-two receiving yards, and two crucial touchdowns.

The Rams had done it, they had overcome adversity to win their first Super Bowl since 2000.