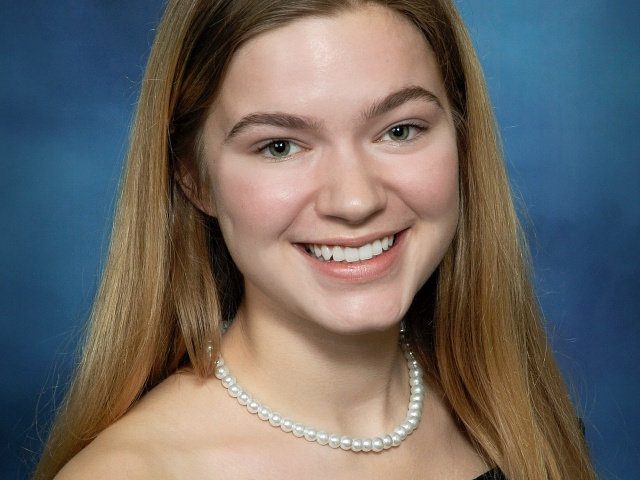 “I was really excited,” Richard said. “I like had a little dance party with my mom and dad, then I had to take an exam so…It was exciting, it was fun and I was grateful that they called us to tell us, I thought that was nice.”

Richard knew during her junior and senior year that it was possible she would be able to be the salutatorian and worked hard to maintain her position as second in the ranking.

“I was never like ‘Oh I want to be the salutatorian’ or anything like that,” Richard said, “but I guess like junior, senior year, I kind of realised it could be a possibility and so I definitely tried senior year. I wasn’t super slacking off because I knew that I could be second, so it was like a relief and a really big honor to be able to receive that recognition.”

But before high school — having gone to Montessori — Richard had little to no experience with GPA and class rank and had to adjust to the new way of looking at academics.

I would not be here if it were not for the people who have supported me and the people that I found in Wando.”

“The whole stigma and relationship that people have with their GPAs — which I think is like really unhealthy and is a reflection of the flaws in the schooling system that people want to go to school to like get a higher GPA, instead of just going to school to learn — I had no exposure to that until freshman year and so it’s been like a weird adjustment because like everyone else cares about my grades for me and cares about my GPA and so I guess that made me care too because I was like ‘Oh I guess that’s what people do…,’” Richard said.

But she didn’t navigate the journey to becoming the salutatorian alone.

“My family has always been an incredible support system for me,” Richard said. “Especially my brother ‘cause we’re so similar and he understands a lot of the stuff that  I’m going through. I also thank my friends. I’m the type of person that has fewer very, very close friends. I’ve never been like a ‘friend group’ person and so I think that has been really important throughout high school because I know that the friends I have are people that I can really rely on and be vulnerable with and they’ve supported me so much.”

Not only were her friends there when she needed it, but her teachers at Wando never failed to support or encourage her either.

“My teachers too,” Richard said. “I love my teachers. I am so so grateful — Wando has the best teachers. They really do. I firmly believe that. Every teacher I’ve had, they’ve taught me something about myself and about life much further than just whatever their class was supposed to teach me and they’re all so supportive of kids’ endeavours outside of class, which is I think something so special to Wando.”

Richard credits her success to the fact that she was so involved in high school. From theatre to chorus to academics to so much more, Richard experienced all of what Wando had to offer.

It was a long four year journey, but in the end, with the help of the people around her and her love of learning, Richard was able to accomplish the honor of being Wando’s 2020 salutatorian.

“I would not be here if it were not for the people who have supported me and the people that I found in Wando,” Richard said. “I love Wando so much…It’s been such a gift in my life and it’s such a big honor to be able to be the salutatorian, but it’s even more of an honor to have the teachers that I had and go to the school and have the amazing privilege and opportunities that I’ve gained here the past four years.”