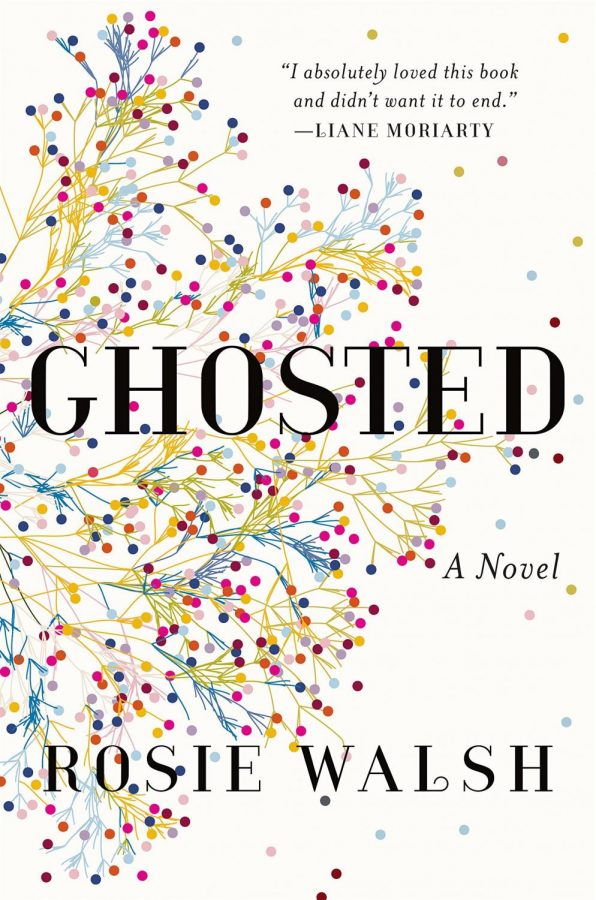 I didn’t hold high expectations of the Charleston International Airport’s bookstore. But I was desperate — I had nearly 12 hours of traveling ahead, and I was sure the book I had would not be enough. I flipped over paperbacks (I was on a budget here) one after another, blowing through the meager selection. Only when I was beginning to lose hope did I came across it: a mostly white cover sandwiched by two larger, flashier ones. When I read its back, my eyes widened a bit, and my mouth quirked in satisfaction. Even if I had seen this book somewhere else, I would have been intrigued. So it came to be that I wound up with a new novel slipped in my carry-on as I boarded the flight.

Contrary to what you may expect, Rosie Walsh’s novel “Ghosted” is not about hauntings or ghouls of any kind. Instead, it takes a typical scenario — a guy who doesn’t call a girl back — and surrounds it with extraordinary circumstances.

Despite my interest, a red flag went off in my head when I saw this. I was concerned that it would be the love story of a guy with a poor excuse and a woman who would allow him to get away with it. I am not interested in a book which tries to justify or sympathize with this behavior, or which encourages women to cling to what-ifs instead of moving on.

Mercifully, the situation in Walsh’s story turned out to be nothing like that, so I was free to enjoy the ride.

I was not disappointed. The characters are fantastic: nearly all, even those who seem one-dimensional upon first introduction, reveal themselves to be complex and dynamic. None of them are purely good or purely evil. Their personalities were distinct without feeling exaggerated, and the way they related to each other was engaging and realistic. In fact, getting to understand the characters’ motives, influences and personalities was one of my favorite aspects of the book.

The writing style is similarly enjoyable. The first third or so is a bit slow-paced as the setting and background are established, but it picks up after that, building into one of those rare finds that are impossible to put down. The attention to detail is incredible. I will acknowledge that it can be repetitive in a couple areas, which some readers may dislike. However, since this is used intentionally to emphasize key points in characters’ thought process and development, I don’t think it detracts from the story.

If it fell short in any area, it was the plot. Certain actions of the main characters were clearly intended to drive the plot, sometimes seeming unrealistically abrupt or extreme. However, one could argue that Walsh meant to demonstrate the degree of stress placed on her characters.

Beyond that, Walsh uses a particular device that gets on my nerves: she sets up a major plot twist by misleading readers to draw an incorrect conclusion. She presents enough evidence that readers are convinced they understand the situation, only to reveal something completely different.The first time this happens, I absolutely loved it. It emphasizes a truly important moment in the book and completely surprised me. In fact, I daresay it is one of the best I’ve read in quite some time.

So what’s the issue? She tries to use the exact same strategy again for another plot twist. However, this time it was glaringly obvious to me. In addition to relying on a now-familiar technique, it is sloppily done, overemphasized and entirely unnecessary. I felt that it robbed some of the potency of a legitimately powerful revelation. Thankfully, it also ended fairly quickly, allowing me to enjoy the rest of the book.

And I did — the ending was beautiful. Unlike many romance-centric novels, it wasn’t all sunshine and roses. Instead, it brought the story to an imperfect but meaningful conclusion. In my opinion, it was exactly as an ending should be.

Overall, I thoroughly enjoyed “Ghosted.” It explored the highs and lows of relationships — not only of the romantic variety, but also sibling bonds, paternal ties and friendship. Its theme of overcoming the past can have many meanings. And it was, pure and simple, a truly interesting and enjoyable book.