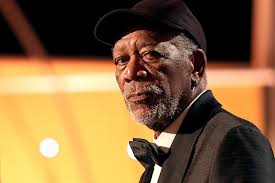 You’ve been with your buddies for five hours straight, yet all they can talk about is this new rap album. So, you tell them you haven’t heard of it. Wrong move. In a moment they surround you, like buzzards over roadkill. You’re forced to listen to it. You click the play button, but just to get this over with. The first thing you hear is Morgan Freeman’s voice. That can’t be right. Isn’t this a rap album? You know this isn’t an ad, but you still check your phone.

“Great men with great ideals can be separated by hundreds or even thousands of miles, and still be in the same place.”

His monotone, crisp voice beams over a steady piano riff, giving you a strange sense of suspense — you’ve felt this before. This is the thrill you endure in the last seconds before your exam ends. The tension you sense when your mother screams your full name.  Whether you’re laid back on a couch or sitting firmly at a desk — a mere 10 seconds have passed, yet already your hairs stand rigid on the back of your neck.

“They can be years, or even generations apart in age. And yet, somehow, find themselves on the exact same page.”

You think deeply about what he tells you. So deeply, in fact, that everything melts outside of your vision. You’re to the point where you don’t even notice the smug look on your friends face. One minute flies by in less than a second, and you realize that the track is almost over. “It’s already been a minute? Where did the time go? Why is–” Freeman’s echoed voice cuts off your thoughts.

“I now present to you Savage Mode II.”

You have a lot of questions, to be sure. But you know one thing — you’re hooked.

On October 2nd, 2020, 21 Savage and Metro Boomin released their album Savage Mode II. A concept album, Savage Mode II explores the struggles that 21 Savage dealt with in the hardened streets of Atlanta. The same struggles that shaped him into who he is today. Before this story, though, Savage Mode (the duo’s previous album) earned its reputation in 2016 as their best album yet. Savage Mode had set the bar high — but that doesn’t mean it was without its fair share of flaws.

After only three tracks, Savage Mode already turns repetitive. I trudged through song after song of the same old sex, money, drugs formula i’ve heard a thousand different times from a thousand different rappers. Even Savage’s song about heartbreak, Feel It, couldn’t add anything special to the album. My expectations were lowered for what was to come in the future. So when I tell you that it’s sequel, Savage Mode II, is one of the best rap albums I’ve ever heard — you better believe me.

For this album, 21 Savage made massive improvements. He brought faster pacing, thought-provoking lyrics, and breathtaking executions. From his worst bars — “Somebody please unthaw my ears cause they frozen” — to his hardest verses — “I ain’t seen him in a minute, but ask if God did.” — each track is delivered flawlessly. Without a doubt, 21 Savage alone could’ve held up this album.

But, when complimented with Drake and Young Thug, Savage Mode II only gets better.

In Mr. Right Now, Drake’s lighthearted words “Yeah, the ***** had a problem till’ I pulled up” helps break from Savage’s somber lyrics “Threw my heart out the window, feelings gone.” In Rich ***** S**t, while Savage starts his verse with “She took me for granted even when I tried to show her the better me,” Young Thug ends on “I can get em’ knocked off with a finger lift.” to show that he (Savage) made it out. Not only do these artists add their own skill to Savage Mode II, but they also reinforce each song’s meaning as well.

On top of that, Metro Boomin went above and beyond with his production value. Mixing catchy beats with his original tunes, he perfectly sets up each songs’ targeted tone. RIP Luv’s slow rhythm and fading riff gives the song it’s depressing, melancholy tone that’s perfect for a song about heartbreak. A flute’s faint hum and the high-pitched keyboard melody — alongside it’s sampled chorus — gave Many Men the trap vibe it needed for an omage to Pop Smoke and 50-cent.

But Savage Mode II is more than just good music and well-written lyrics. It’s a story that sheds a light on the hardships 21 Savage faced. Not only does this create a powerful message, but it generates a more personal feel in Savage’s lyrics – a factor that he desperately needed.

Such as in RIP Luv, his lines “Rest in peace to love, I gave up a long time ago,” are coupled with “I be cryin’ on the inside and smilin’ when the cameras on.” to talk about Savage’s problems with heartbreak.

Or with My Dawg, Savage confesses how “Nipsey was solid, I know that he’s up there with Biggie and Pac,” and “Larry got killed, couldn’t believe this s**t man. The tears started falling down fast.” Larry and Nipsey were both close to 21 Savage. They were both shot to death. You can’t get more personal than that.

Putting all of this together — talented artists, deep lyrics, intense music — Savage Mode II already has the perfect formula for a successful concept album. But Savage and Metro took it one step further; they decided to add a little experiment to this project. What I’m talking about, of course, is Morgan Freeman narrating as God.

Now, I know what you’re thinking. “But how is this an experiment? Plenty of rap albums have narrators.” For the most part, that’s true. But it’s also true that, almost every time a rap album has narration, it completely flops. A prime example of this is Logic’s album Everybody.

Yes, there were numerous reasons why Everybody flopped. But of them all, the most notable was Neil Degrasse Tyson narrating as God. Let’s see, a famous celebrity narrates as God for a rap album. Sounds familiar, right? Well, in this case, Tyson’s monologues were too long, unnecessarily preachy, and downright confusing. Thus, the album was ruined, along with Logic’s career.

Similarly, at his worst, Freeman could really get off topic. I mean, one second Savage would be telling you “If young Metro don’t trust you, I’m gon’ shoot you,” and, in the next, you’d hear Freeman asking “Are things better or worse the second time around?” In times like this, you’d be convinced that you zoned out.

So how did Freeman succeed where Tyson failed? Well, at his best, Freeman was more thrilling than half of the album’s songs. It didn’t take much, either. No rhyming, no music, nothing. Just a couple words over a slow hum. As weird as it sounds, Savage’s best hits couldn’t dream of living up to Freeman’s best track: Snitches and Rats Interlude.

“Snitches and Rats are not the same thing.”

You can feel it again. The goosebumps, the hair standing straight on your neck. With just eight words, Freeman has your undivided attention.

“A snitch is someone minding other folks’ business. To find information they can sell for a price, or trade for some other form of compensation. A rat…”

You hold your breath.

The music drops. Freeman’s familiar, monotone voice along with it. Replaced by an unusual sting in his words. Is he agitated? No, no. He’s angry. There’s no mistaking it. Just by saying the word “rat”, his blood boils.

“A conceiver, planner,” Freeman continues. “He doesn’t sell secrets for power or cash. He betrays the trust of his team or his family. Hoping to save his own cowardly a**.”

You can comprehend what he’s saying. But where he’s coming from, you don’t understand. How could you? Chances are, you’ve lived in a real comfy house your entire life. Born and raised in rural South Carolina. You couldn’t possibly understand life outside of the safe community you’ve been blessed with.

It’s moments like these — moments where you’re completely immersed in what you’re hearing — that make you realize how good Savage Mode II really is.

Overall, Savage Mode II offers the best out of everyone involved. Savage’s lyrics are at an all time high – in terms of pure talent – all while conveying both emotion and deep thought. Metro Boomin’s music emphasizes and adds to each song’s tone — whatever it may be. Freeman’s narration isn’t simply tacked on to the album. It makes it’s tension, momentum, and significance to the project as a whole. Yes, Savage Mode II may be too preachy or consist of rather bland concepts. Even so, it gave the fans something they can both dance and cry to. It gave them a concept album that will stay relevant for years to come.