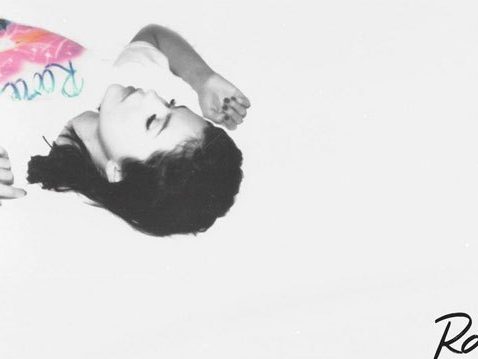 That’s how I felt as I opened my Apple Music app to click the “play” button. Selena Gomez’s new album, Rare,  had just came out, and given the fact that I cannot stand this woman, I thought I’d jump at the opportunity to trash it as much as I could.

But be warned, dear reader, this is not the typical biased review you read on Buzzfeed. This is a story of irony at it finest — this record is actually, dare I say, enjoyable.

No one was more surprised than me.q

It’s been five years and some questionable collaborations with Cardi B since Selena has released an album, her most recent being Revival in 2015, and I can’t say I was bothered to give it a listen, even in my pre-teen Jelena obsessed years.

She came out with two singles a month ago, “Loose You to Love Me” and “Look at Her Now,” which I thought were okay at best. They both got repetitive very quickly and had too much noise going on in the background to really focus on the lyrics, so my expectations were extremely low.

I thought to myself, “Yay! I get to absolutely ravish this album and win an award for it!” but alas, when I finally did give the entire album a go, I was bombarded with good songs.

Who would have thought?

If you think I’m being anti-feminist by blatantly disliking this woman, because yes I know — kumbiya and all that — I just have always found her hypocritical and contradictory in what she said and did publicly, but that’s a different story.

This story is how proud I am of her. Selena Gomez has finally found her sound! Hoorah!

The album follows her going through the emotions and hurt of being in, and eventually leaving a toxic relationship, and as someone who *cough* recently got out of one *cough*, I haven’t felt this seen by music since Hannah Montana’s “Best of Both Worlds.”

Now we can all agree that the songs were in reference to Justin Bieber. And at first, I was like, “Oh my God it’s been years, get over it,” but the more I thought about it, I realized that there’s no expiration date on heartbreak. If it took her two years to get her feelings out and be comfortable with sharing her experience, then good for her.

As for the songs themselves, man are they catchy. Again, I was hesitant, but besides the techno-crap that is “Look at Her Now,” the songs have a very bohemian, funky vibe to them. And as a wannabe hippie, I appreciated this a lot. There were no overproduced autotune or ear murdering remix-style melodies — it was flowy and enjoyable in multiple ways.

My personal favorite, “Let Me Get Me,” is about not letting yourself get in your head and create scenarios that don’t exist with another person.

To any person who has been or is currently in a relationship with a person who gaslights, manipulates, lies to and/or uses you, this album is your lifeline.

And even if you are one of the lucky few who aren’t drawn to bad people, these songs are amazing on their own. Think “Carrie Underwood’s iconic ‘Before He Cheats’” level of enjoyment. You don’t have to experience pain to fall in love with Gomez’s sound.

So yeah, was I wrong, yes. I can admit defeat.

But was I never more happy in being wrong? Also yes.

This album makes me feel seen. It reminds me that I’m not alone in what I’ve gone through, and that I’m not crazy for feeling so upset.

Even if you’re a disbeliever in the inferior “Selena” (RIP Selena Quintanilla-Perez) as I was, listen to this work of art. No, you won’t be betraying your husband Justin Beiber by liking it, just do it.

You won’t regret it — especially if I didn’t.