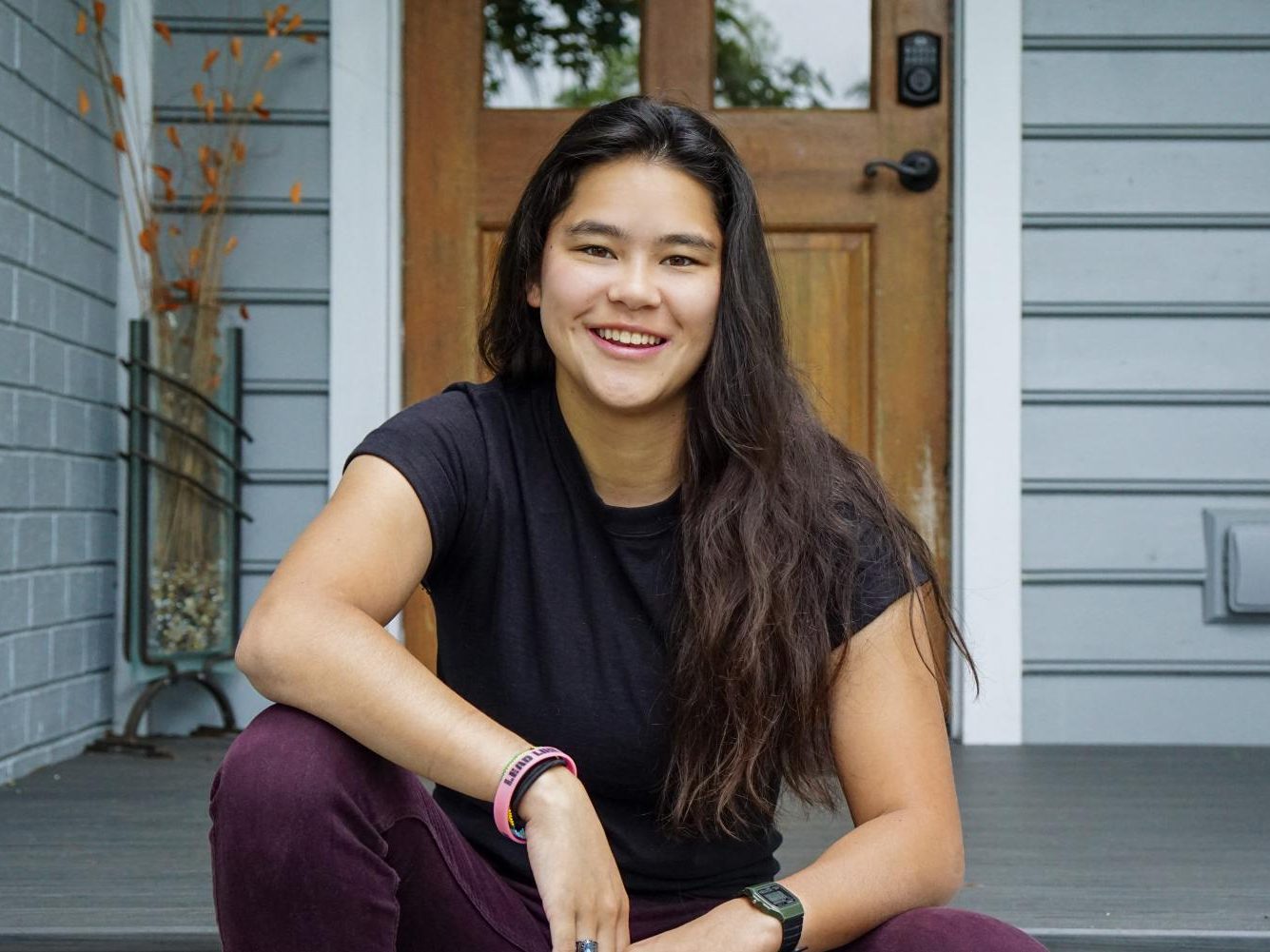 She opens the envelope with hesitant hands, shaky from fear of the fear of rejection that could possibly be bestowed upon her. One letter is about to determine where she ends up.

Senior Deanna Douglass looks around at her family, all of whom have their eyes wide open in excitement to see if her dedication over the last few years will be enough for The Citadel to grant her an acceptance.

But she takes a pause when she looks at them, her adopted parents who saved her and her twin sister from the orphanage in Kazakhstan, and her little siblings — taken in by her parents before she arrived but from the same place she came from.

And then she remembers.

The orphanage. The one bathroom that the children weren’t even allowed to use. The paper they were forced to eat when they were starving.

“I only remember some of it, but what I do remember isn’t the best,” Douglass said. “We got beat a lot and we were only toddlers.”

At age five, she and her sister were on the cusp of being located to the six-to-16 home, which was simply code for not getting adopted, since parents often want babies or toddlers. And once they hit 16, they were left on the streets with no education.

They needed a miracle.

“Our birth mother, who was on a lot of drugs and abused us — which is why they took us from her in the first place — wrote in the paperwork that me and my sister had to be adopted together,” Douglas said.

And the chances of someone choosing to adopt two five-year-old girls in a sea of babies was slim.

That is, until her future parents came.

I feel like I’ll never be able to give back to them what they did for me.”

Her dad, who was married previously already had two boys, and so her mom said to him, “Now I want two girls,” and that’s how they found Deanna and her sister.

The process was long, eight weeks of the couple staying in Kazakhstan to prove they were a good fit, as well as memorable instances such as her dad getting yelled at in Russian for picking an apple from a tree he wasn’t supposed to. But it worked out nonetheless, and they took the two girls home, giving them the life they deserved.

“I’m not good with words or emotions really, but I wouldn’t be who I am without them,” Douglas said. “I feel like I’ll never be able to give back to them what they did for me.”

And what they gave her was support. It was opportunity. It was love that she hadn’t known as a scared child.

When Deanna told them she wanted to be in the military, they encouraged her dreams.

And that’s how she found ROTC.

“I knew what I was getting into, but I also didn’t,” Douglass said. “I had problems taking orders, so it was a big adjustment for me.”

But she knew she needed to take it seriously. Hours spent on YouTube learning how to do a tight bun, ignoring the laughs from classmates and being one of the only two girls to stay on the drill team all year– all part of her goal to one day serve her country.

“I just want to protect others. I know I could get hate for it or be put in a dangerous place, but that’s how I want to give back to everyone who has helped me along the way, especially my parents,” Douglas said.

Now, four years later from when she first walked into the ROTC hall, she is the leading commander of it all — the highest position for a student to be.

Douglass knew from the beginning that she wanted to rank high and do her part, but when they awarded her commander, she was in shock. But everyone around her knew that that position could only be given to her.

“Without ROTC, the instructors, and all the people, I wouldn’t be the same person today,” she said.

And so when she finally opens her letter from The Citadel, and sees the word “accepted,” she knows that everything leading up to this — her adoption, ROTC and her own self — made this dream possible.