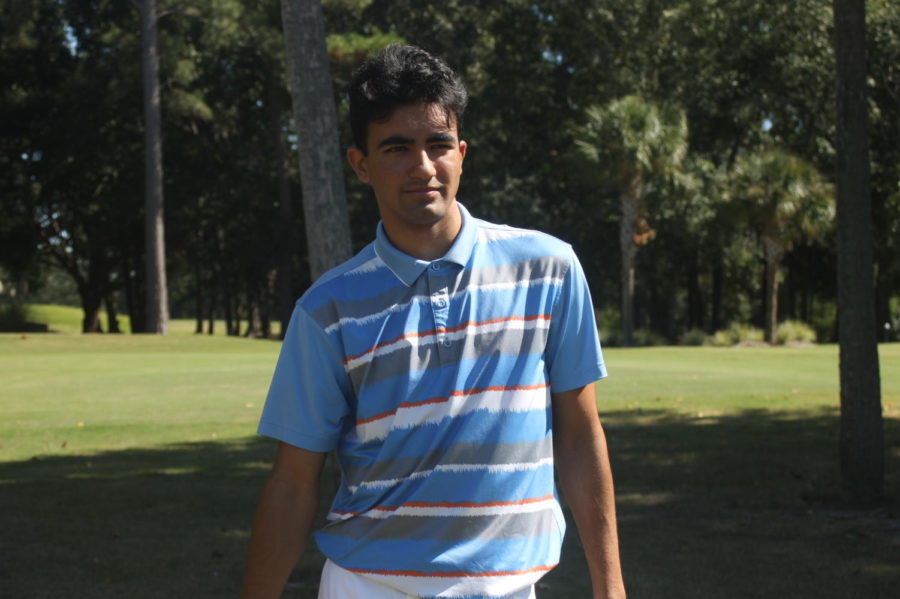 Chawla walks away from the tee after hitting a ball.

The seconds before the ball rolls into the hole, the smell of freshly manicured grass, and the smile of relief when years of hard work pays off- that moment realization hits, it was all worth it. Through the tragic losses and the triumphant wins, sticking with being yourself and playing for nobody but yourself. For Sid Chawla, these things are what makes golf the sport that it is.

For the Wando senior, golf is all about expressionism, individuality, and the freedom that comes from not relying on anyone but yourself and your own hours of practice and frustration.

“I am a really independent person, and trying to depend on other players might not be super helpful so I thought a sport like golf, especially its demeanor and your determination to play shaped me not just as an athlete, but as a person in general,” Chawla said. “It kind of made me realize that patience, hard work, and passion are really important factors to have as a person, and those things have made a really big difference.”

Before starting golf five years ago, Chawla played soccer, which didn’t allow himself to express himself as much as he liked. Having a team larger than himself was uncomfortable in the sense that he was unable to play the way that he fully wanted to, leaving the sport to bring a sense of liberation.

I am a really independent person, and trying to depend on other players might not be super helpful so I thought a sport like golf, especially its demeanor and your determination to play shaped me not just as an athlete, but as a person in general”

“That’s why I like it a lot more. There’s no concrete way to do anything, you can go back and forth, change something up, stick with some things, but it’s more about being creative and being unique. In a sport where it’s always dependent upon your teammates I didn’t play as well because I’d always be hiding behind a curtain and just kind of doing what they told me to do,” Chawla said.

With team sports, it can be awkward to play by yourself due to the logistics of getting a team together, but in golf there is the ability to step up to a driving range and hit a ball without the reliance upon anybody else.

On and off the course, Chawla recognizes the impact that golf has made upon his character. One of his biggest idols is Rory McIlroy, who he sees as the true embodiment of the sport as a whole.

“Again, with golf being a sport where it teaches you to be a nice human, as well as an amazing athlete, he kind of defines that perfectly for me,” Chawla said.

With golf being a sport where the individual is the star rather than a team, remaining humble and having good character is something that carries a great deal of importance.

“Even if you’re already like that, a super humble, really nice person, it’ll teach you something no matter what,” Chawla said.

Not only does golf open the door for self expression and standing out based on one’s own abilities, the sport is invitational to bringing people together and creating a community among experienced and beginner players alike.

“I totally get it now, because it’s one of those things where you just want to whack a club around. To always be socializing is one of the big things of golf, and to kind of understand just what golf offers to people,” Chawla said.

The longevity of the sport is another important factor that piques Chawla’s interest. The lifelong friendships that can be made and the lessons to be made from other players stem from the same concept- consistency.

“It’s crucial to understand what golf offers to people so in the future they can have that as a hobby,” Chawla said.

With the driving factors of golf being individuality, self expression, consistency, and passion, Chawla has a bright future ahead of him in the world of golf and possesses a determination that is hard to come by in many athletes of any caliber.