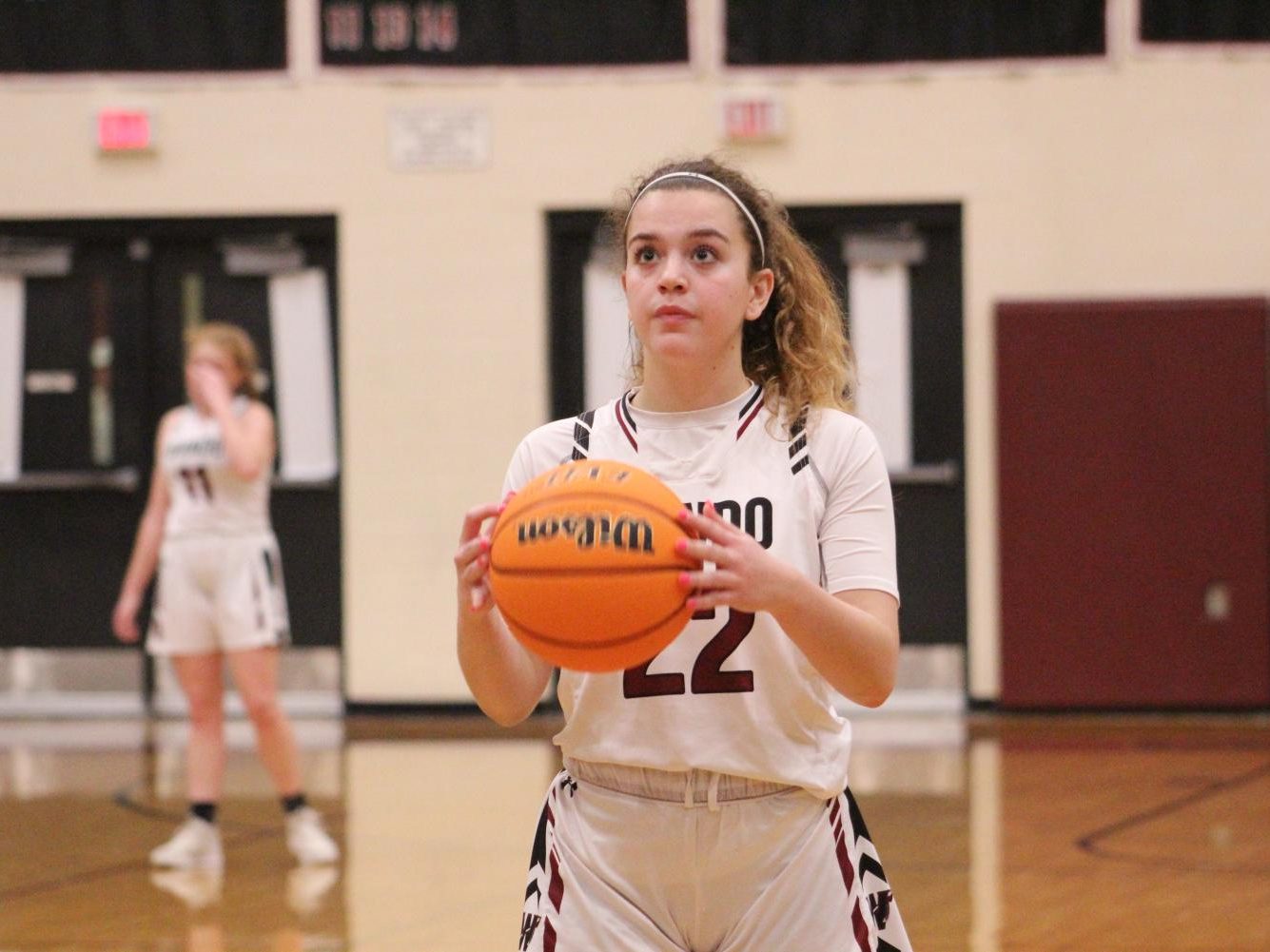 Sophomore Dylan Silber shoots a free-throw in the Wando Vs. Stratford game Jan. 17

A vital portion of Wando’s athletic environment. Basketball provides a needed excitement in high school with high flying dunks and ankle-breaking crossovers, along with lock-down defense.

Dylan Silber, a 5’7’’ sophomore, has played Wando varsity basketball since eighth grade. She plays both point and shooting guard, and over time, Silber has held more of a leadership role.

“I feel like this year I take a much more leadership role than I did in the past years,” she said, “and I just have to keep pushing everyone to get better so we can win.”

Silber believes this is the year she has to help her Wando varsity team achieve victory.

“I’d say I’m really competitive because I don’t like losing, like I’ll do anything not to lose,” Silber said.

She believes she can help with the transition of JV players to the varsity level next year because she already has lots of experience on varsity.

“I think they want to be in my position so I think next year it will be a really good transition for them because I’m friends with them all,” she said. “I’m already close so… we will be able to play together.”

Silber believes that through her two years with varsity, she has learned how to help the team win while learning her role on the team.

“It first was kind of intimidating because I was so much younger than everyone,” she said, “but I kind of learned how to not be so shy and meet people and I just had to push myself to get better.”

Silber said she has to push herself both physically and mentally to be a vital part of the team. She has done this through spending time outside of just Wando practice to get better.

“Wando practice, we have two hours every day so like if we have a week of lots of practice, I guess like 10 hours, but usually after practice I’ll either go lift weights or shoot,” she said. “Then on the weekends, like this week I went to Columbia and worked out with my trainer. It kind of just depends when I get gym space.”

She believes basketball has become a crucial part of her life and has made her who she is today.

“It’s mostly changed my life because I  just led towards it, and that’s kind of all I do now. The weekends I work out, over the week I work out and it’s made me the person I am too,” she said. “It’s kind of made me work hard and just keep pushing to get better and I’ve learned how to deal with people and communicate and stuff like that.”

Not only does Silber play basketball, she made varsity lacrosse last year. She believes it helps her be a better overall athlete.

“Yeah it is because I wanted time off… because then travel starts, but it’s nice because it works different parts of your body,” she said, “so it keeps me in shape and kind of helps me not get burnt out with basketball.”