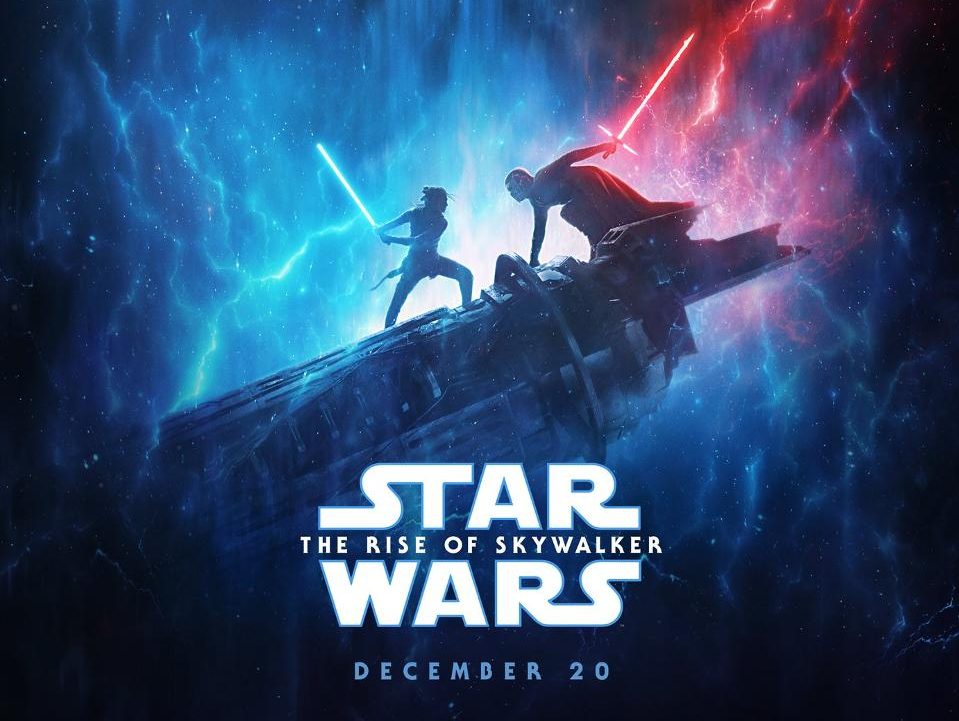 “Star Wars: The Rise of Skywalker” is captivating and fulfilling

As the lights dimmed and the classic Star Wars theme song blared through the theater, I grabbed a handful of popcorn and sunk down in my seat. I was preparing myself. I wasn’t preparing to say goodbye to this three-part saga, but I was preparing myself to be dissapointed. Star Wars: The Last Jedi had left me with many unanswered questions and was honestly lacking some action and entertainment, so I wasn’t sure if Star Wars: The Rise of Skywalker would be able to tie up all of those loose ends that came along with this trilogy I have unashamedly followed since freshman year.

But after sitting through the nearly two and a half hour rollercoaster of action and emotion, it’s safe to say that Star Wars: The Rise of Skywalker definitely rose to the occasion.

Star Wars: The Rise of Skywalker, directed by J.J. Abrams, is the final installment in the Star Wars trilogy that includes The Force Awakens and The Last Jedi. The movie was released on Dec. 20, four years after the first movie premiered. The Rise of Skywalker follows members of the Resistance, Finn (played by John Boyega) and Poe Dameron (played by Oscar Isaac), as they prepare to fight against the First Order one last time. Meanwhile, Rey (played by Daisy Ridley) and Kylo Ren (played by Adam Driver) are still struggling with deep inner conflicts they’ve faced since the first movie.There’s also a handful of special cameos from old fan favorites, including the late Carrie Fisher.

In terms of action and the plot line, The Rise of Skywalker had me hooked from start to finish. Even though it might not have been the perfect saga ending that every Star Wars fan dreams of, I thought it accomplished what all good movies should strive for- it kept me entertained and attentive.

What I liked so much about this movie was the connection between Rey and Kylo Ren. They seem like polar opposites, but deep down they are both fighting the same battle. Rey is battling an inner conflict she’s faced since day one — Where does she come from? What does she stand for?
Meanwhile Kylo Ren is haunted by the remembrance of his father, Han Solo (played by Harrison Ford) — Should he join the Light Side of the Force? Should he continue to rule as the Dark Side’s supreme leader? Both of these characters are trying to figure out who they really are inside.

Throughout the film, Rey and Kylo Ren are connected by their communications through the Force. It’s almost like they are able to read each others’ minds as they talk and visualize each other from different locations. This constant back and forth adds to the tension in their relationship. The height of this tension is broken during what I thought was one of the best scenes in the movie — Rey and Kylo Ren’s fight scene. From the rush of the huge waves to the glow of the lightsabers battling through the splashing water, this part of the movie was visually stunning.

Even though he caused the characters some aggravation, C3PO was another one of my favorite parts of the film. His blunt and strictly factual comments added a little humor to even the most intense scenes. I really enjoyed that he had such a large role in the film and represented the classic era of Star Wars.

I’ve gotten used to leaving movie theaters feeling bored or disappointed, but this final installment in the Star Wars trilogy had a little bit of everything to keep my attention. From action and character development to humor and even a hint of romance, this movie was everything I could have hoped for as the last chapter in this story.

I would definitely recommend this movie to anyone who loves getting invested in a good plot line. If you’re not a Star Wars fan and looking for something to do over winter break, try watching a few films and see what you think. I’d also recommend this movie to any Star Wars fan. For me, it left very few questions unanswered and was the perfect way to say goodbye to our friends in the galaxy.