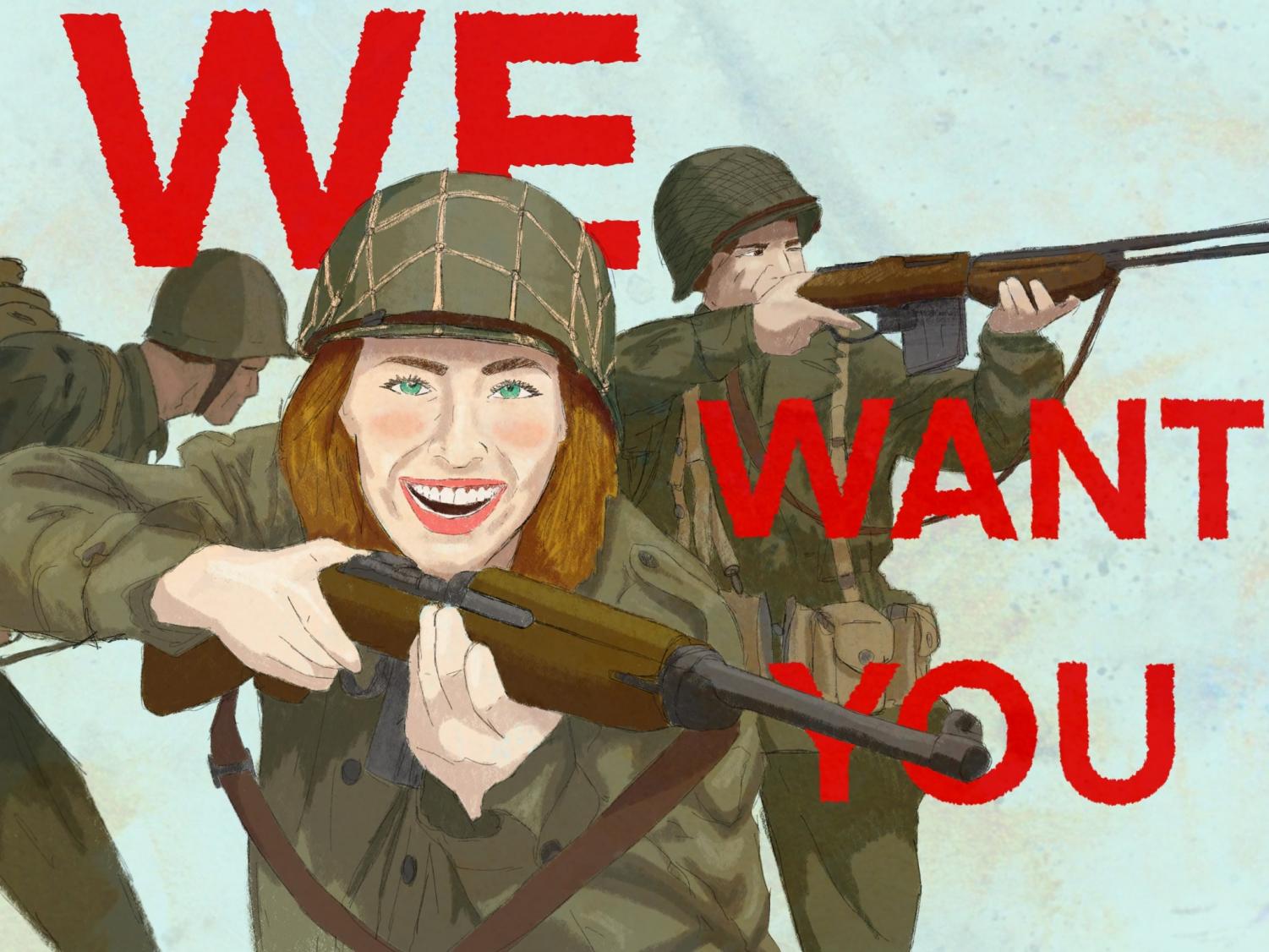 The draft system needs to change

Uncle Sam needs you, so long as you are male.

Women’s equality has drastically increased since the passing of the 19th amendment 99 years ago: divorce laws, domestic abuse laws, overall social justice have substantially improved the problems facing gender inequality in this country. And as recently as 2016, women were permitted to serve in any combat position in the military.

But except for the state of Texas, women cannot be drafted.

Within 30 days of turning 18, all male citizens must register for the Selective Service System, commonly known as the draft. For those who are not aware, the draft is a system of conscription that enlists citizens into the military; the system is run using an online sign up form that assigns you a draft number, and should the number be drawn you will be called on for military service. If you haven’t already signed up, you need to do it soon. Failure to do so is a felony punishable by up to five years in prison or a $250,000 fine.

And the system has not been updated since women were allowed to serve in combat roles.

The Selective Service System has disbanded in 1975 after the Vietnam war, however it was reinstated five years later after the Soviet invasion of Afghanistan. Decades later the government website for the program lists the benefits of the new and “improved” conscription system. Stated, the draft is “the most equitable draft in history,” citing the lack of students being exempted from the draft as the reasoning.

But nothing is said about the fact that less than half of the population ages 18-26 are actually considered. If the military wanted to have an inclusive conscription system, it is easy to see why excluding an entire gender from the system is illogical.

There is a straightforward reason why only men can be drafted. It is the same reason that men were formerly the only ones allowed in combat roles: sexism. The military still does not believe that women are as capable of serving in combat as men are. Thus, the only changes to the draft system in the last 40 years have been to decrease draft dodging.

Around 210,485 out of 1,429,995 of active military personnel are women. Women make up a small percentage of the Armed Forces as compared to men. But this does not mean that women are unable to serve in the military. While less women may serve overall, this does not reflect the actual quality of the soldiers serving. Women are given no advantages when passing through basic training and physical exams, and should they pass them they are no less qualified to serve than their male counterparts. It may seem trivial, but it does need to be stated that women are no less capable of military service than men are.

The draft system is outdated as a whole. Yet in the event of its eventual use, it at least does not have to be running on a gender-based conscription system from 1917. Other than the societal statement made by it, it also strategically makes little sense. A truly equal and effective draft would be able to call upon all citizens physically capable, regardless of gender.

The solution is straightforward — extend the Selective Service System to all 18-year-old Americans.

No one wants to get drafted, but we do not feel that it is fair to the men of America to be the only ones forced to, and it is undoubtedly unfair to everyone else who is only exempted because the U.S. government assumes they are less competent.