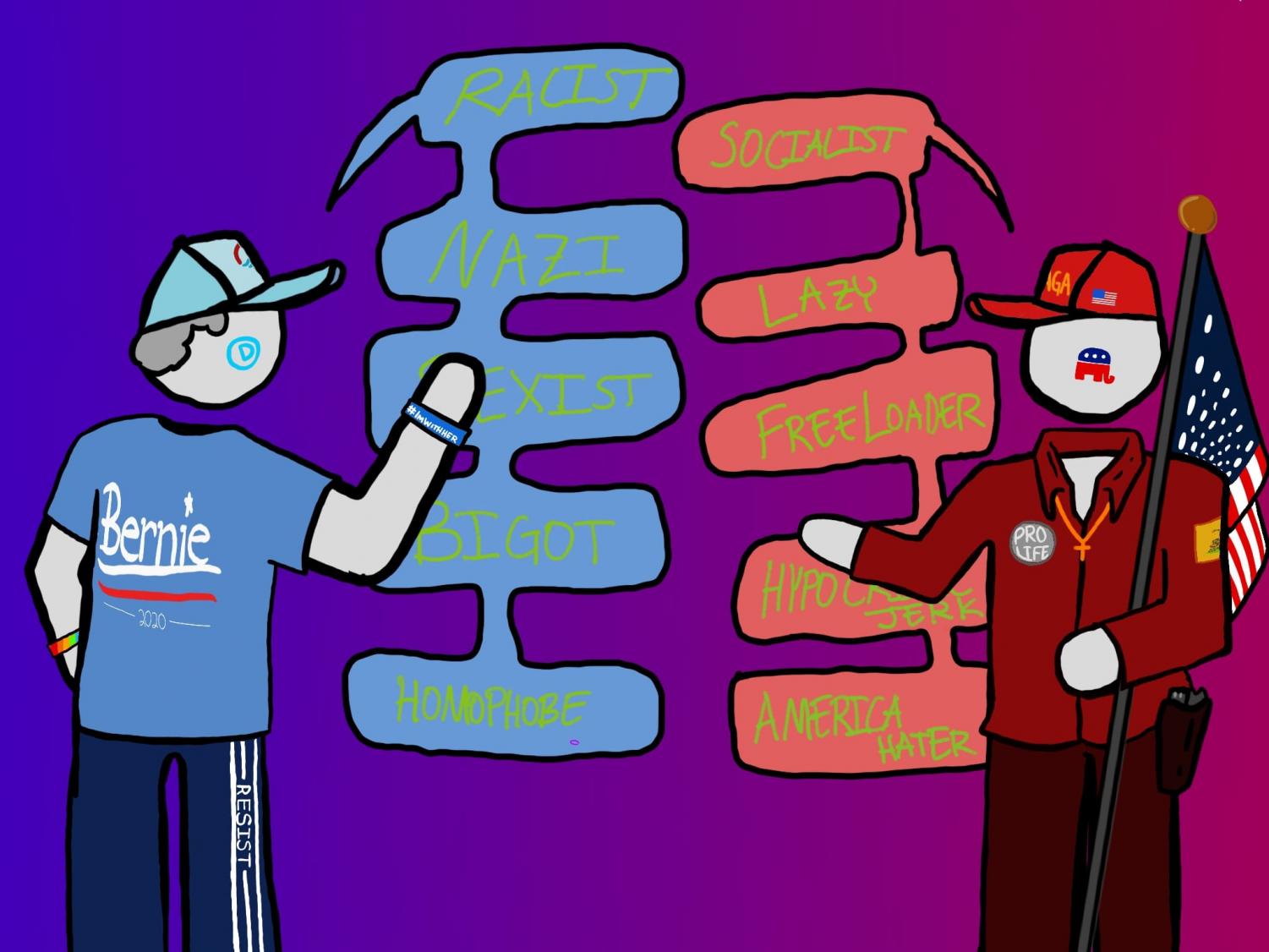 The fault in our politics

No, Republicans are not racist Nazi fascists who want to kick out all immigrants.

No, Democrats are not communist tyrants who want to let gang members run across the border.

Republicans and Democrats, Conservatives and Liberals are not evil people with evil intentions who want to destroy America. They are just people with different opinions.

There are radicals on both sides, but those radicals make up a very small minority. The
vast majority of Americans are moderates who are good people.

In this hyperpolarized state of constant escalation between political opponents, we are quickly forgetting that those we are arguing against are for the most part good, decent human beings who deserve to be treated with respect. Having a different opinion on public policy does not make anyone evil, and we have to acknowledge that if we are to have productive political discussion.

The reckless rhetoric is only hurting our country and it’s leading to more and more insane behavior from people on both sides. We now have angry protesters chasing Ted Cruz and Sarah Sanders out of restaurants and shouting and screaming at Nancy Pelosi based on nothing but spite for the other side.

Political discourse is not Star Wars. The state we have reached in politics where a “resistance” is waging a twitter war against an imaginary evil empire is not only silly and unproductive, but contradictory to the very idea of democracy.

Leaders on both sides share responsibility for this increase in division. No, Donald Trump, CNN is not “the enemy of the people.”

No, Ted Koppel, Sean Hannity is not “bad for America.”

No, Maxine Wa- ters, it is not ok to harass members of Trump’s cabinet when they go out into public.

No, Katie Arrington, elections are not a battle between “good and evil”.

This rhetoric is only causing more and more people to believe that political debate is some sort of good vs. evil war to the point where when we argue with our relatives over tax policy on Thanksgiving, we feel like we’re getting off the boats and storming the beach at Normandy.

We should be able to express our different beliefs about policy and philosophy without thinking the other side is evil.

Something has to change soon because this polarization is starting to have deadly consequences.

We also can’t forget Charlottesville, Va., where an alt right extremist has been charged with intentionally drove his car into a group of counter protesters, killing a young woman.

While it is certainly reckless and wrong to blame Bernie Sanders or Donald Trump for the actions of two lunatics, we do need to understand that extreme rhetoric does affect people and can push them to do dangerous things.

We should not view our political opponents as enemies. The majority of people who are elected to serve our country—liberal or conservative—want to make America a better place. People run for office because they care about the country and want to improve it.

Barack Obama felt that we needed a way to guarantee that everyone had health care, so he campaigned on it, got elected and did his best to do that.

Donald Trump felt that American businesses and workers were being hurt by bad economic policy, so he campaigned on it, got elected and is trying to change trade agreements to help American workers.

It really is that simple: neither Obama nor Trump has nefarious intentions of any kind.

They have different ideas on how America’s problems should be solved, and their different policies can and should be debated and evaluated. But they are both patriotic men who want to see America prosper.

This must extend to all of us. We should debate each other, we should weed out which policy ideas are good and bad, but we should also remember that we are all Americans and we should be able to come together over that.