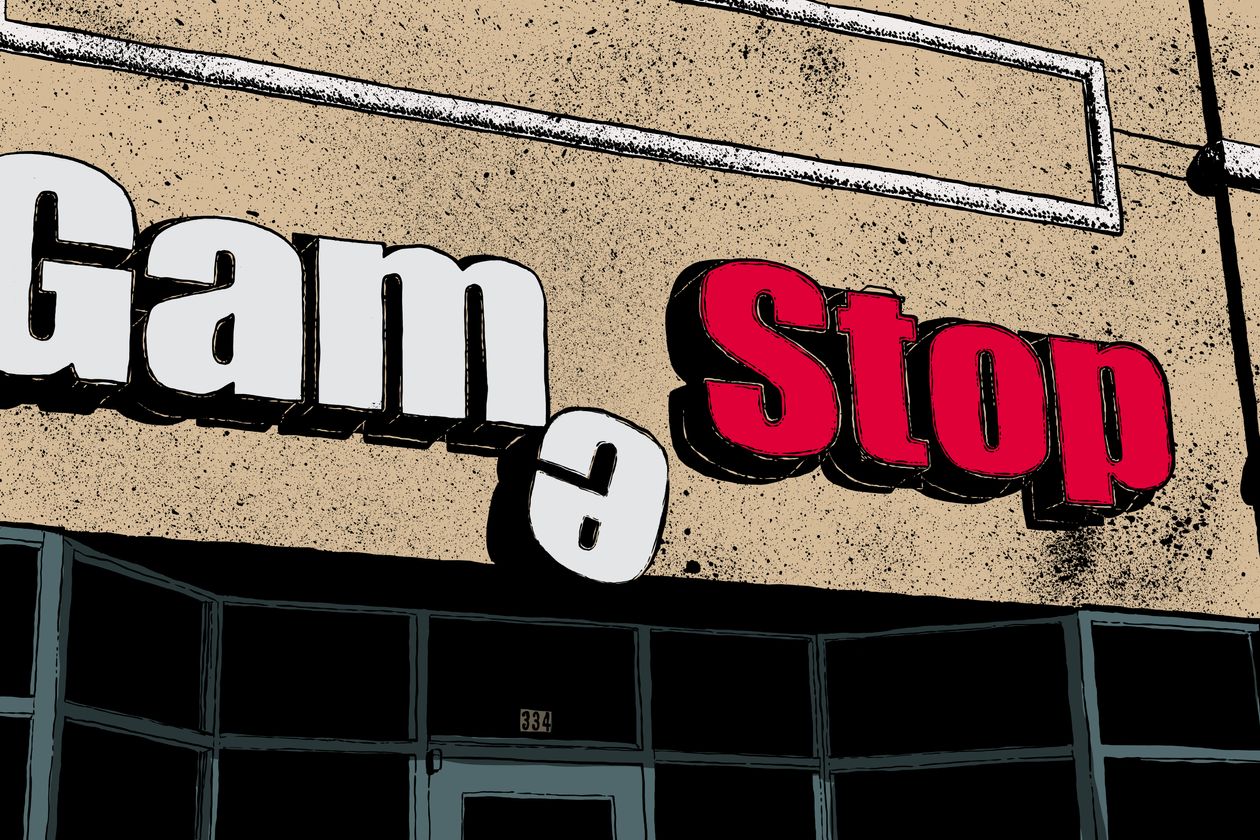 Walking into a GameStop in the last decade, there are a few things of note: Outdated interior decorations, uninterested and somewhat pretentious employees, and most noticeably very few customers. However, this image of a once relatively successful chain store currently on its way out, does not reflect it’s stock price. One month ago, GameStop was trading at just under 19 dollars a share. By January 27th it had rocketed to 350 dollars. This is a gain of over 1000 percent. In addition to GameStop, other floundering brick and mortar chain companies, such as Bed Bath and Beyond, and AMC, saw their stock skyrocket. This left much of the public perplexed, but there is a simple reason why these failing companies stock’s have been trading at unprecedented prices: the little guys stood up to the big guys and won.

In order to understand what happened to GameStop’s stock price, it is important to understand what a “short squeeze” is and for that matter what “shorting” a stock means.  To “short” a stock is to borrow that stock and immediately sell it, in order to buy it back when it is at a lower price. An investor who short’s a company’s stock believes that that company will do poorly in the coming days. Although shorting a stock can be very profitable, there is a lot of risk associated with it. If the company being shorted increases its stock price, then the parties going short must cover the short position by buying the stock. The losses for those holding a short position could theoretically be unlimited as there is no cap on how high a stock price can go up. This is important to remember later when understanding the implications the sudden spike in GameStop’s stock price has to the economy. A “Short Squeeze” is when a company’s stock’s price increases rapidly, forcing those holding short positions to cover their short by buying that company’s stock.

So how did regular people increase the price of the GameStop stock by over 1,000 percent? Well, it all began with a group of savvy investors on a messaging board called “Wall Street Bets.” “Wall Street Bets” is an internet forum where members discuss investing strategies and general happenings in the stock market. Although some members of “Wall Street Bets” had made smart investments in the past and were generally knowledgeable about the markets, the site was not seen as a legitimate source for smart investors to capitalize on movements in the market. This however, would all change when one participant suggested manufacturing a short squeeze on positions several hedge funds had on GameStop. The user pointed out that Melvin Capital had shorted more shares of GameStop then they were available to buy. Other members of the message board saw an opportunity to make money and bought shares and calls of GameStop. Enough members bought shares of GameStop that the price of the stock increased and Melvin Capital was forced to buy those shares back at a loss.  Because Melvin capital shorted more shares than were available to trade, they could theoretically be on the line for an unlimited amount of money. Many accused Melvin Capital of using sordid methods to stop the bleeding, including forcing Robinhood, an online investing app that they own a majority stake in, to take the options of buying GameStop stock off their app. This coordinated attack on Melvin Capital and other hedge funds netted a select few investors millions of dollars in gains and propelled the small investing messaging board run by everyday people onto the global stage.

Sunni and Batua, members of the Wando Investing club, spoke on the implications the short squeeze had on the markets and society in general. Sunni, a supporter of the GameStop short squeeze said the problem with the movement does not lie with the retail investors, rather those who attempt to artificially stifle the market. Sunni, refuted supporters of robinhood taking off buying functions for GameStop to curb market volatility.

“[Robinhood was] manipulating the market, so they don’t lose as much money.” said Batua.

Ali, co-founder of the investing club, delved further into why the underlying causes of this short squeeze is so dangerous.

“Shorts are mostly the problem here” and that the fact that “GameStop stock was shorted more than there were stocks…makes it[the market] very volatile.”  Ali said.

Both Batua and Ali believe the hedge funds Melvin Capital, which manipulated markets to stop investors from buying GameStop stock, should be punished. Ali feared that if hedge funds and banks were not reprimanded for their brazen manipulation of the market, more bubbles, like the one created by the GameStop short squeeze, would form and lead to a crash in the economy similar to that of 2008.

The GameStop short squeeze is a modern day David and Goliath story. Retail investors with very little individual leverage banded together and brought a huge hedge fund to its knees. Whether one thinks the retail investors are irresponsible and are creating a bubble, or that the hedge funds are manipulating the markets to cover their own, one must respect the bravery of everyday people with very little to fight those that have everything.