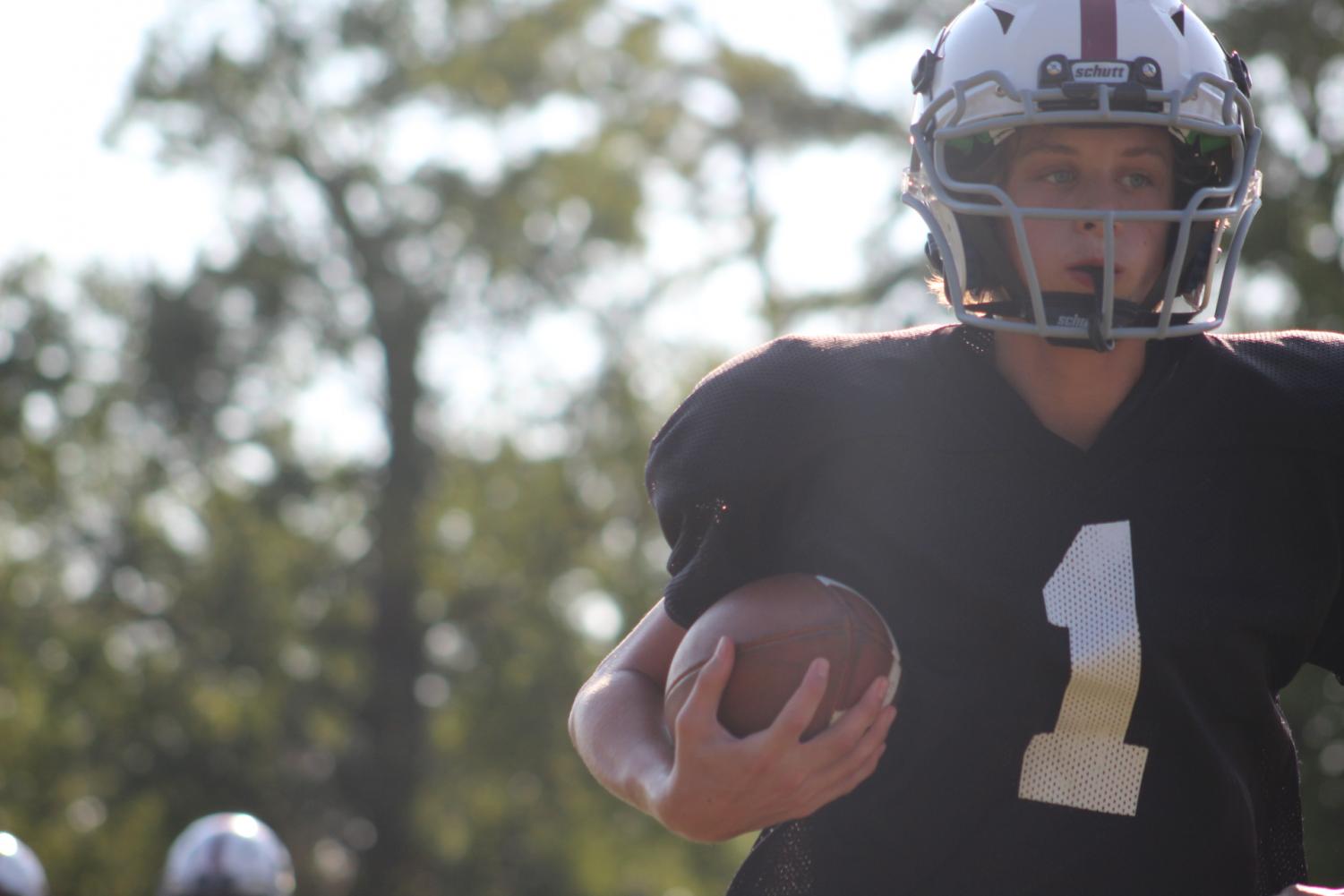 “I feel like if we play hard the whole time we can pull off the win,” eighth grader Daniel Fletcher. (Aidan Furlong)

“I feel like if we play hard the whole time we can pull off the win,” eighth grader Daniel Fletcher.

The growth of the Wando football program

In 2018, the football program didn’t have enough players to have a JV team.

But 2019 has been different, with the program having more than 200 players, including a JV team and a newly formed C team.

The C-team, in the first year of existence in a new county-wide program, won the first CCSD C Team season, going undefeated.

Coach Kevin Shiver coaches both B and C teams.

Head football coach Jimmy Noonan, who has been coaching for Wando for 11 years, said he feels Wando’s football program has grown exceptionally this year compared to others.

The newly formed C program will help with Wando’s football program for years to come according to Noonan.

“We’ve had strong youth programs in our area but it’s really been missing… in regards to having that feeder system,” he said.

Many athletes play more than just football, said Noonan, who believes football helps develop several other sports.
“The physical training, the strength training, it benefits all sports,” he said.

“True tackle football… doesn’t get started established until kids mature enough,” he said. “It’s important that they start learning those fundamentals in seventh and eighth grade.”

“Most large 5A schools around this state have had these middle school programs a part of their high school program… and it provides us an opportunity to establish a feeder system beginning in seventh grade,” Noonan said.

Helping with both varsity and JV, Coach Zach Neal believes Wando was late in regards to the feeder system.

“We were behind our time,” Neal said. “Just seeing the future of Wando football… It’s exciting.”

Both Noonan and Neal believe the use of a seventh and eighth grade feeder system allows for sheer talent to be recognized at a younger age, where then a player can be moved onto higher teams and receive a higher level of play and development.

Shiver, coach of the B and C team, has high praise the rec football development in the early stages of life.
“I would like to give a shout out to the Rec program that helped develop the kids that we’ve got,” Shiver said.
He believes the C-team will help develop Wando’s program.

“We are getting kids that have been exposed to football already… and trying to take it(the C-team league) to the next step and exposing them to more talent in the area,” Shiver said.

Ultimately, football team has progressed in both the number of players in the program along with leadership involved.

“Football is family, you can go to anyone on the team and ask for anything and they will do their best to give it to you,” senior Jake Fetchen said. “All four years… it has been a tremendous help.”