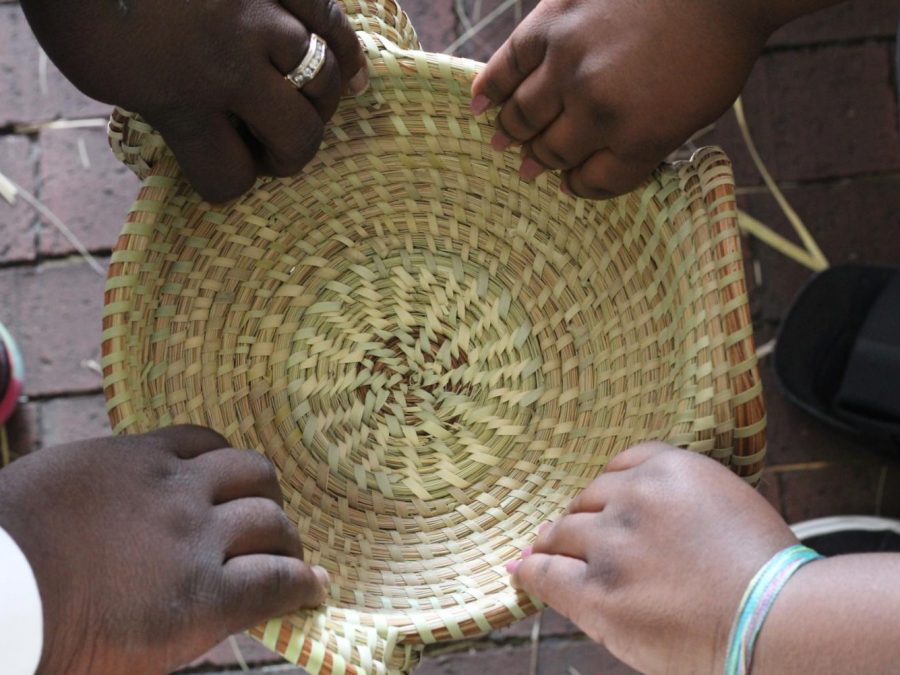 Two hundred people crowd into the pews of the historic Morris Brown AME Church hoping to catch a glimpse of the action and relive a crucial turning point in history. The building is filled with joy and music. Everyone is singing and dancing in anticipation for the New Year. As the music starts to fade away, a preacher takes the stage to reflect on the history of the tradition and hope for the future.

This Watch Night service is a tradition that has been celebrated since 1862. It’s one that signifies freedom, new beginnings and unity. When the Emancipation Proclamation was to be put into effect on Jan. 1, 1863, enslaved people spent New Year’s Eve gathered together in churches awaiting their freedom.

“The Gullah Geechee people are descendants of those that were captured and enslaved brought over from the area of Africa that we call the Rice Coast, which is the west coast of Africa. When they were enslaved, they also kept a lot of their African retentions,” said Bria Graham, the program coordinator for the Gullah Geechee Cultural Heritage Corridor Commission.

“We do a lot of educational programming in public spaces like libraries, so usually we’ll… have a radar on historians, chefs and anyone who has anything to say about Gullah Geechee history or culture, and we’ll bring them into the library to either give a talk or do a little cooking demo,” she added.

Because the Gullah Geechee Corridor is so widespread, members of the Commission travel up and down the East Coast in order to spread awareness about the culture and its traditions. According to Graham, many people today do not know who the Gullah Geechee people and the impact they had and continue to have on American culture.

People would say it’s broken English when in fact it’s its own separate language that has its own sentence structure that is rooted in, again, West African retention”

“Credit has not been given to the Gullah Geechee people in American history and American culture, and it’s really important that we try to give credit back to the Gullah Geechee communities because so many contributions were made on like a national level,” Graham said. “It’s a culture that has a lot of deep African retentions, and it’s not always recognized in our society.”

To gain more recognition for the Gullah Geechee people, Graham and the Commission have worked diligently with national archives in order to accurately represent the culture.

“We think of it like a local thing. Truly it’s more of a national thing, and a lot of records… are not necessarily labeled as Gullah Geechee records, and we’re… trying to do some work to try to work with the Library of Congress and other national archives to make sure that records are labeled with ‘Gullah Geechee’ instead of you know ‘Southern Plantation,’” Graham said.

The Commision not only works to spread the cultures and traditions of the Gullah Geechee people, but they also educate on the history of the people and where they came from.

“A part of reclaiming the culture and retelling the story of Gullah Geechee people it’s part of our job…  to say that Gullah Geechee people or the West Africans that were enslaved were not just slaves. We try to teach the narrative that they had very specific skills, such as agriculture, and they were brought over to use those skills for the cash crops. In school, we were kind of like taught that they were just slaves,” Graham said.

According to Graham, many people today have dissociated from one of the strongest parts of the Gullah Geechee culture- the Gullah language.

“Less and less people speak Gullah now because they… were made fun of and degraded because of the way they spoke. People would say it’s broken English when in fact it’s its own separate language that has its own sentence structure that is rooted in, again, West African retention,” Graham said.

Despite this decline, there are some people who are returning back to their traditional Gullah Geechee roots and keeping the culture alive.

“It’s also great that there’s a new wave of pride recently,” Graham said. “I would say where people are trying to reclaim their Gullah heritage and say that they’re proud speakers of Gullah and say that Gullah is their first language.”