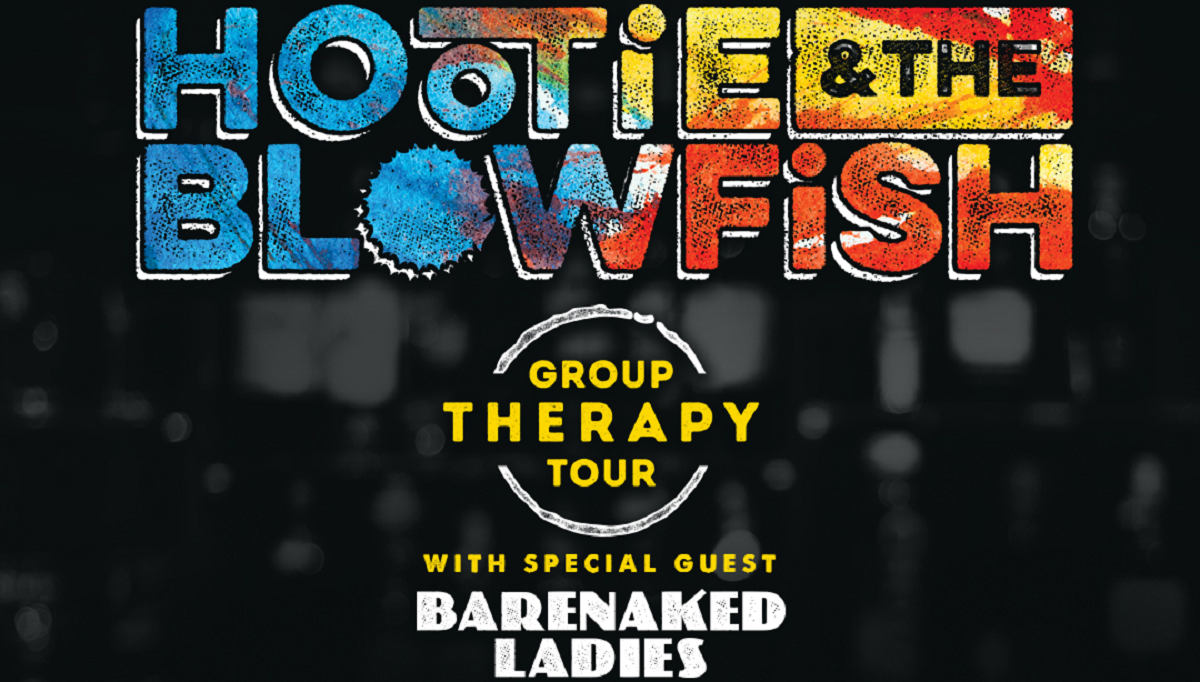 The Hootie and The Blowfish concert was unique with cool visuals

In January my grandparents bought the whole family tickets to the Hootie and the Blowfish concert in Columbia in September. Yes, the whole family — even though ‘90s pop rock music lies very far down on both mine and my siblings’ lists of favorite music genres.

But I decided to go because who would turn down the opportunity to go to a concert? I convinced myself to say yes by thinking, “I’ll just learn the songs on the setlist since I have months until the day comes,” which wouldn’t be too hard.

I am known to be quite the procrastinator.

Mind you, I had well over half of the year to simply make an attempt to listen to at least the band’s most popular songs “Let Her Cry” and “Time,” but my only excuse is that time just merely slipped away from me.

About two days prior to the concert, I finally realized that I would be living and breathing in the same room as Darius Rucker and developed an irrational fear that he would single me out for not knowing any of his band’s precious songs, even though my seat was at the very, very top of the arena.

So I made a playlist, clicked shuffle and tried to reach my inner ‘90s rock guru.

I lasted for about two songs.

It’s not that I have anything against Hootie and the Blowfish’s style of music — it obviously appeals to many people — it just isn’t what I’m used to, as I’m a sucker for the Indie pop genre.

I gave up on trying to learn any lyrics and just decided to wait until I had nothing else to do during the car ride to Columbia.

But then I surprised myself on the car ride there by suddenly having the motivation to sit through every song on the setlist and learn at least the chorus for each.

After what seemed like listening to the entire concert 37 times, I was successful in reaching the status of a mildly active fan of Hootie and the Blowfish. Two hours later, with a stomach full of loaded mac & cheese, my time had come to show off my memorization skills in front of my lesser caring siblings.

The band played its last leg of their US tour Group Therapy at the Colonial Life Arena on Sept. 13 with the Barenaked Ladies opening. I was not prepared for this group of four 48 to 50-year-old men, but I will admit that their performance was quite comical. The lead singer, Ed Robertson, came out in a crop top and a belly full of beer while his fellow guitarists danced along with him and definitely had a night to remember.

When Hootie came on, I was excited to show my in-depth knowledge of the specific words and musical accents in order to make my siblings look like I had dragged them there.

Boy, was I in for a surprise.

Either it was the phenomenon of Friday the 13th that made me not remember any of the lyrics I so diligently practiced, or it was the group of plastered women next to me that practically blew out their vocal cords trying to sing along that prevented me from knowing what song was playing. As the opening song was playing, I knew absolutely nothing. My fear of making a terrible impression on the band was becoming a reality, and I had no way to cover up my mind blank.

I tried to mouth the word “watermelon” repeatedly to make it look like I at least knew some of the lyrics but just chose to sing quietly, but I realized that that tactic was easy to catch on to after a while.

My plan was in ruins, and all I could enjoy were the exceptional visuals — which if I may say, were the best part of the show — but eventually, I was saved.

The band interacted with the audience by having us repeat back funny phrases in between parts of each song. But since Rucker is a dedicated alumnus of the University of South Carolina, one can only imagine what he had us saying.

I’ll spare you the details — mainly because it would be unethical to include in this review — but let’s just say that if you root for literally any other college football team besides the Gamecocks, and you have already bought tickets to see him in South Carolina in the future, I highly recommend that you either sell the ticket to a diehard Carolina fan or get your money back ASAP.

This aspect of the concert was quite enjoyable for me and relieved me of my irrational fear. Overall, I did have an amazing time and was able to bond with my siblings over not knowing any lyrics, which was completely unexpected and not my original plan, but it was memorable regardless.

Even though there were moments that some people may find themselves defensive of their preferred football team, I think that if you are more of a fan than I am, you would enjoy the concert tremendously. My personal favorite part was the Waffle House background and phenomenal vocals during Let Her Cry because that one hit hard.

The band sounds incredible live, and each song did have something unique to it — whether that was a cool visual or a special message for the audience. If you are even the slightest bit interested in seeing Hootie and the Blowfish in concert, I recommend that you stop what you’re doing and buy tickets to the next show in Columbia because their connection the city makes you feel like you’ve known them personally your whole life.