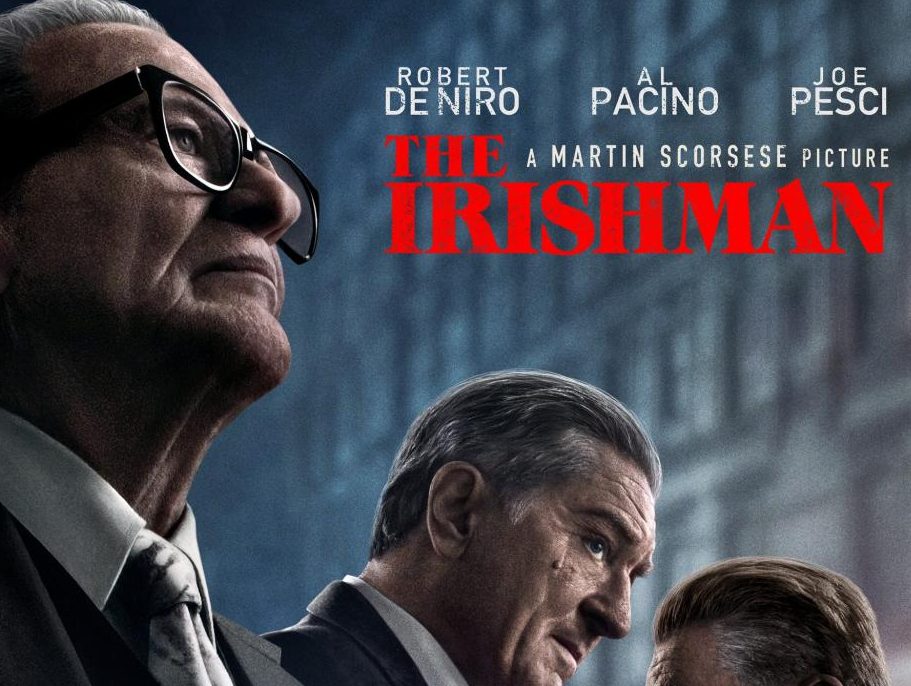 “The Irishman” impresses with its directing

The movie opens up in an old and cozy retirement home, with senior citizens doing senior citizen things. After a couple of minutes of roaming through the retirement home, the camera focuses in on a very old and tired Robert De Niro, who soon spins the tales of his crime-ridden days of being a member of the Buffalino family, from his beginning to his end.

Directed by Martin Scorsese, The Irishman stars De Niro, Al Pacino and Joe Pesci in this Italian mobster epic of a crime-ridden tale of the Buffalino family, and how hit man Frank Sheeran (De Niro) became an important cog to the machine. For a three and a half hour long film, it’s one of the longest movies I’ve ever seen. And I’m not complaining. Gangster movies like this and others (Kill The Irishman and The Departed to name a couple) have always held a dear place in my heart. The way the movie conveys the action of a thriller — but has the drama where you feel as if you were a part of the plan — is such a unique and amazing combination. The dialogue between characters is exceptional, to the point where you’d believe that the main actors were gangsters themselves.

As I mentioned, the action of a gangster film is quite important. If anything, it’s needed. Without the action, you’d basically be watching a soap opera between well-dressed men arguing over who gets what.
The Irishmen does satisfy the action requirement of a successful gangster film. In one scene, De Niro’s character contemplates the type of weapons to use to kill a target. After settling this matter, he enters a restaurant and causes havoc, killing his target in the process, in what feels like 10 seconds. Action like this is well-done and satisfying, but it’s sporadic throughout the film and is not continuous like other gangster movies. I never found this to be a downside, but it may be to some others who have trouble paying attention.

Overall, I enjoyed the movie. The directing was phenomenal. The actors excelled in their roles, whether it be dialogue or an action scene. The story of the movie was excellent, yet complex with many arcs connecting between characters. This is by far one of the best gangster films I’ve seen in a long time.