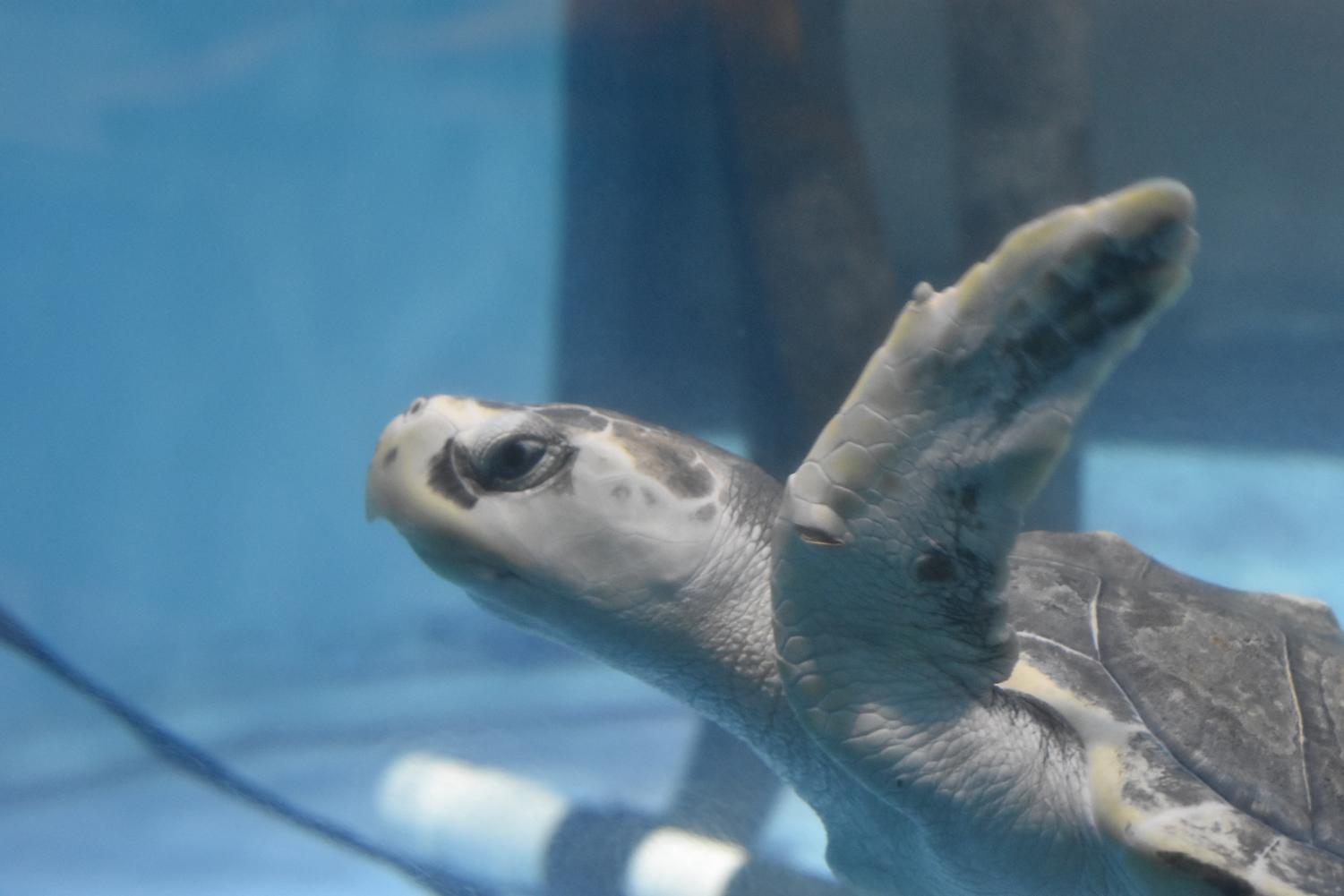 The path to rehabilitation

Rescue, rehabilitate, release. These three simple words are the mission that has and can save a sea turtle’s life. Left helpless in a sea of pollution, turtles are prone to life threatening injuries. It’s not until a sea turtle is seen washed up and forced to lay in the blazing sun, along with the burning sand for people to panic. Specialized sea turtle hospitals are the breathing hope that can save turtles from their fatal condition.

The Sea Turtle Care Center at the South Carolina Aquarium is focused on rescuing sick and injured sea turtles that are found by the South Carolina Department of Natural Resources (DNR). Rescues are from all over South Carolina and even nearby states. Typically, patients are found weak and helpless on the beach and unable to fight by themselves any further. They are brought to the hospital in hopes of rehabilitation so they can be released back into the wild.

“Sea turtles arrive most commonly suffering from debilitated turtle syndrome, shock from being exposed to cold temperatures, or injury from a boat strike or shark bite. Our staff veterinarians diagnose each turtle and work with Care Center staff and volunteers to provide treatments and rehabilitative care. Patients are given IV fluids, antibiotics, vitamins and other medications,” Sea Turtle Care Center manager Melissa Ranly said.

The Sea Turtle Care Center is most concerned with curing the sick turtles to protect their declining population. Sea turtles are especially vulnerable to pollution found in their environment, also some patients have been struck by boat propellers or entangled in fishing lines.

When young sea turtles ingest foreign materials in the wild such as plastic and marine debris, it is often fatal. At local beaches, constant debris can be seen left on the beach. This might be harmless to people taking a walk on the beach, but it could cause another sea turtle to be trapped in a dangerous or even deadly situation.

With sea turtles being at risk, the local community has an opportunity to take action in order to preserve their decreasing population.  Simple changes in everyday life can make a big difference in a sea turtle’s.

“Learning about the issues sea turtles face and becoming an advocate for their conservation is a great way to make a difference in the future of these incredible animals,” Ranly said. “You can help in many ways, even from home by reducing your use of single-use plastics like water bottles, straws and plastic bags.” Charleston has also banned plastic single use straws and shopping bags.

Specialty veterinary care like this sea turtle hospital is a major force keeping delicate populations stable. In a world where they are often overlooked, sea turtles need a place where they can receive proper care to ensure extinction is not a possibility. Luckily, the care center has a hard working team that was not ready to give up on the sea turtles. However, with the COVID-19 pandemic affecting all parts of the world;  Charleston is not immune. The ability for the South Carolina Aquarium to fund this life saving organization became a concern attributable to the COVID-19 pandemic. The Aquarium remained closed for two months last spring, and revenue from ticket sales and even donations for the non-profit organization shrank considerably. 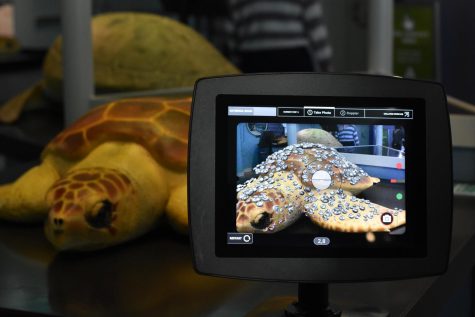 “During the initial Aquarium closure [due to COVID-19 precautions, we were not utilizing any non-staff help such as volunteers or interns, and our staff was working on split team shifts to limited exposure. This was during our busiest time of year for strandings, which made the workload very difficult to manage,” Ranly said.

The loss of money and patronage was hard to recover from, especially with COVID still lingering. So, The Aquarium launched a fundraising campaign in hopes of saving the care center called, Our World Without. This fundraiser has caught the attention of the local Charleston area and has potentially saved the care center from substantial budget cuts, or even worse, complete closure.

“We are cautiously optimistic that we will be in a stable enough financial position to secure the future of the Care Center. Of course, there are still many unknowns and we are trying to remain prepared for any situation,” Ranly said.

Indoor attractions like The South Carolina Aquarium must continue to be cautious with large groups, and the number of people safely allowed into the building.   However, their motives remain the same, and the team continues to work hard in order to give patients the same care as times before the pandemic.

“The goal is to release all of our sea turtle patients back to the wild. While at the Aquarium we have a team of 3 biologists on staff, 1 veterinary assistant, 2 veterinarians, and a number of volunteers and interns that help care for them,” Ranly said.

Sea turtles are at risk. The Sea Turtle Care Center is at risk. But, there are ways locals can help.

“Every little bit helps protect our waterways and the sea life that calls it home,” Ranly said.