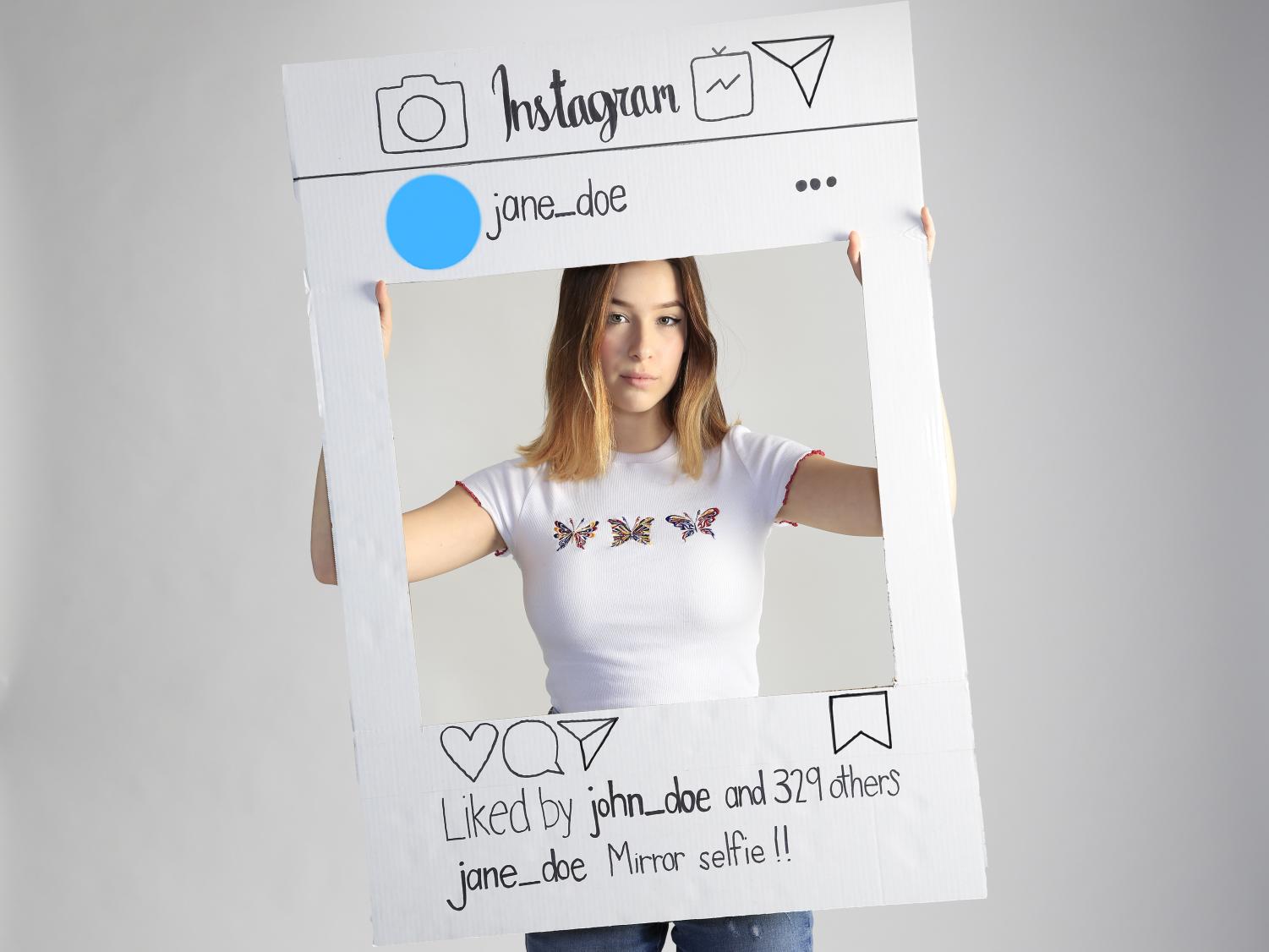 The stakes of social media

He puts the phone down. Breathes. Waits.

Two minutes later he picks up the phone and scrolls. Notifications. Comments. Likes.

Junior Kaeden Taylor has 96.5 thousand followers on Tik Tok. Two million likes. Taylor posts Tik Toks because he enjoys the fun of the app. It all happened fast for him, he said.

“I think it took me like a week or two [to blow up]. I posted about two or three times everyday… and then it went to three to four, so I just kept posting everything I could think of, and I had one video in… three weeks got four million views, so that really put me out there,” Taylor said. “And then it just grew from there.”

The appeal of social media

Alvin L. Lewis, the director of child adolescent Psychiatry at MUSC, has worked at the Medical University for eight years and recognizes the impacts of social media on his clients.

“I think some people are drawn to social media because they’re able to connect with people that they don’t see a lot. That would be a positive reason,” Lewis said. “I do think however that there are a lot of people that use social media as a way to get easy or what they perceived to be easy validation for themselves.”

This stems from the difficulty people find in complimenting one another, he said. Pushing a “like” button is a lot easier and even easier to receive those likes too.

“Society is not built around people complimenting one another very much. All of us, as human beings, we look for moments of validation from the people that we care about whether it is a nice thing being said or a smile,” Lewis said. “Social media can provide people validation. They look at that as personal validation now. If someone likes a photo or comment on a photo then it makes us feel good about ourselves.”

From the instant gratification of a like to the connectivity social media can provide, there are all sorts of reasons people use social media, Lewis said.

“When we do something it feels good. Dopamine is released and then [the probability] increases that you will do it again. It is expected that people who are social media users get dopamine responses and get rewards from their likes,” he said. “I think that’s fairly obvious. In the moment it makes them feel good about themselves and compare themselves to other people.”

Taylor posted on Tik Tok for about a week or two before he started to gain the following he now enjoys.

“I had one video in two to three, maybe it was three weeks got four million views, so that really put me out there. And then it just grew from there,” Taylor said.

Tik Tok’s “For You” page is where popular videos appear on a user’s feed on the app — even when they are not following the producer of the content. “For You” is the place where a lot of user’s videos go viral and gain popularity.

“When people tell me [they saw me on the “For You” page] it’s awesome because then you also see the feedback that you get on the actual app itself so like you look at the comments, obviously and the amount of views and likes you’re getting its kind of like…I’m doing what I want to do,” Taylor said. “My goal was to do this, and now I’m doing it. It makes you happy but at the same time it almost puts you at a point where it was like ‘where do I go from here?’”

There are downsides to social media, Taylor acknowledged.

“Obviously social media is just prone to that, a lot of hate, and especially for big creators, bigger than me. It’s harder for them to post because they are always going to get hate, looking at them, thinking ‘oh, this isn’t good enough, etc.’” he said. “So its hard, I wouldn’t even say for me, I would say for creators in general.”

The responses to his Tik Tok presence are a mixed bag, Taylor said.

“[Your friends], they’ll throw in a jab once or twice, but other than that, they’ve been super fun about it,” he said. “Yeah, people come up to me all the time and say ‘man, I saw you on my Tik Tok.’ You get an equal amount of love and hate for it.”

The impact of social media

Social media’ influence — positive or negative — is the reality of today and tomorrow. A vast amount of the world uses it to connect, relate, create.

“Nowadays with social media, it’s easy for people to connect with people who are interested in what you’re interested in. Even miniscule things,” Lewis said. “You can find a group of people to get that support or exchange knowledge or understanding on different topics which is great.”

Lewis said the connectivity and networking of social media allowed some high schoolers to find their people, even if they were interested in something hyperspecific.

“It also helps people get support. There are a lot of different services for mental health or other things better online or have social media websites that help people,” Lewis said. “In some ways it makes getting help easier.”

Administrator Charles Coker attributes a lot of the issues at school to social media, and he believes the high usage among teens amplifies the problems at Wando.

“If I could take away one thing from the school, I feel like it would be social media access to teenagers….A lot of the arguments, a lot of the stuff that goes on between teenagers these days happens on social media,” he said. “I think that’s where a lot of our problems stem from. I think we need to come up with a solution on how to teach that.”

Schools should do a better job of teaching digital literacy in order to mitigate these issues. In that same respect, social media has the power to connect people and be used for good, Coker said.

“You connect to people that you wouldn’t have the possibility of connecting to anywhere in the world,” Coker said. “I think that social media gives you that ability to stay in contact with people, but any kind of good thing if you do it too much, it’s not a good thing anymore. It becomes sort of an addiction… but I can definitely see the positives coming out of social media.”

Social media has both positive and negative psychological effects on users. But those impacts depend on how people are using social media, Lewis said. Teens are already a very impressionable group, and the things they see on the internet can really impact them.

“It becomes hard for a brain to determine where the story ends and where the manipulation begins. Especially for young kids it can be very tough to differentiate what’s real and what’s not,” Lewis said. “There are groups and products that specifically target boys and girls in this age range of 11 to 15 because they’re so impressionable.”

Although there has not been a direct link drawn to social media and mental illnesses like anxiety and depression, there seems to be a correlation between the two, Lewis said.

“We’re getting to understand that teenagers that spend more time on social media tend to have more issues with their own self image, depression, anxiety,” Lewis said. “They’re more likely to have bad experiences on social media whether it’s people posting bad comments or being cyberbullied.

“There is definitely a relationship between social media likes and happiness,” Lewis said.

And there are some defining factors that make people more prone to have a bad experience online. Lewis believes that the “compare culture” teens often find themselves falling into is a commonality with adults.

“For [adults] to feel like because they are more mature it doesn’t affect them the same way is totally erroneous,” he said. “What we see in the data is that adults are affected exactly the same way as far as how much they are using social media. It affects how they look at themselves too.”

it still just as damaging to go on Facebook and Instagram and do what I call compare culture which is comparing the realistic nature of your life to the unrealistic posting that people put up. It can cause a decrease in self-esteem.

Despite the problems social media may cause or influence, what are the ways users can have a successful experience?

“For the most part people are looking for validation through social media as a way to make themselves feel good about themselves. That’s always going to be a recipe for somebody to struggle,” Lewis.

Lewis implored teenagers to represent themselves honestly and well on their platforms, not only for themselves but for their futures.

“I tell teenagers all the time is it don’t ever post anything that you wouldn’t want your future employer to see. This day and age when you’re applying for a job or school, people are going to see what you post,” Lewis said. “They go and look at your social media pages. So who they see on that page should be an adequate and honest representation of who you are.”

Lewis said users of social media were more prone to a bad experience if they were posting content that was not honest. If users maintained their identity and accountability, they would have a more positive experience.

“If you remain yourself on social media and your account is not anonymous or you’re not posting other people’s pages with anonymous posts, you’re fine,” Lewis said. “If you maintain accountability for who you are on your online life, then you’re okay. If you do this then it’s easier to have a positive relationship with social media.

Lewis was adamant that accountability can be everything. When people can hide behind the screen or an alias, it allows them to think less about the impacts of what they post. Parents and their children who communicate on social media build that accountability.

“If a parent demands to follow a kid’s page, they can’t then say that the kid can’t follow them back. That’s not fair. It holds everybody to the same social standard,” Lewis said. “I tend to say that a good warning in your brain is that you shouldn’t ever post anything on social media that you wouldn’t say at a dinner table. You know? Because then you know that you’re maintaining an appropriate level.”

Lewis said about 75 percent of communication skills are non-verbal. When people post on social media, they lose a huge amount of that communication that they get in person.

“I’ve seen adults and kids who are sitting in the same room texting each other back and forth rather than talking,” Lewis said. “Social media has increased the availability to access information, which is always good. There’s no doubt about that… But that being said, I do say and it is supported by research, do I think of the world would be better without it, probably so.”