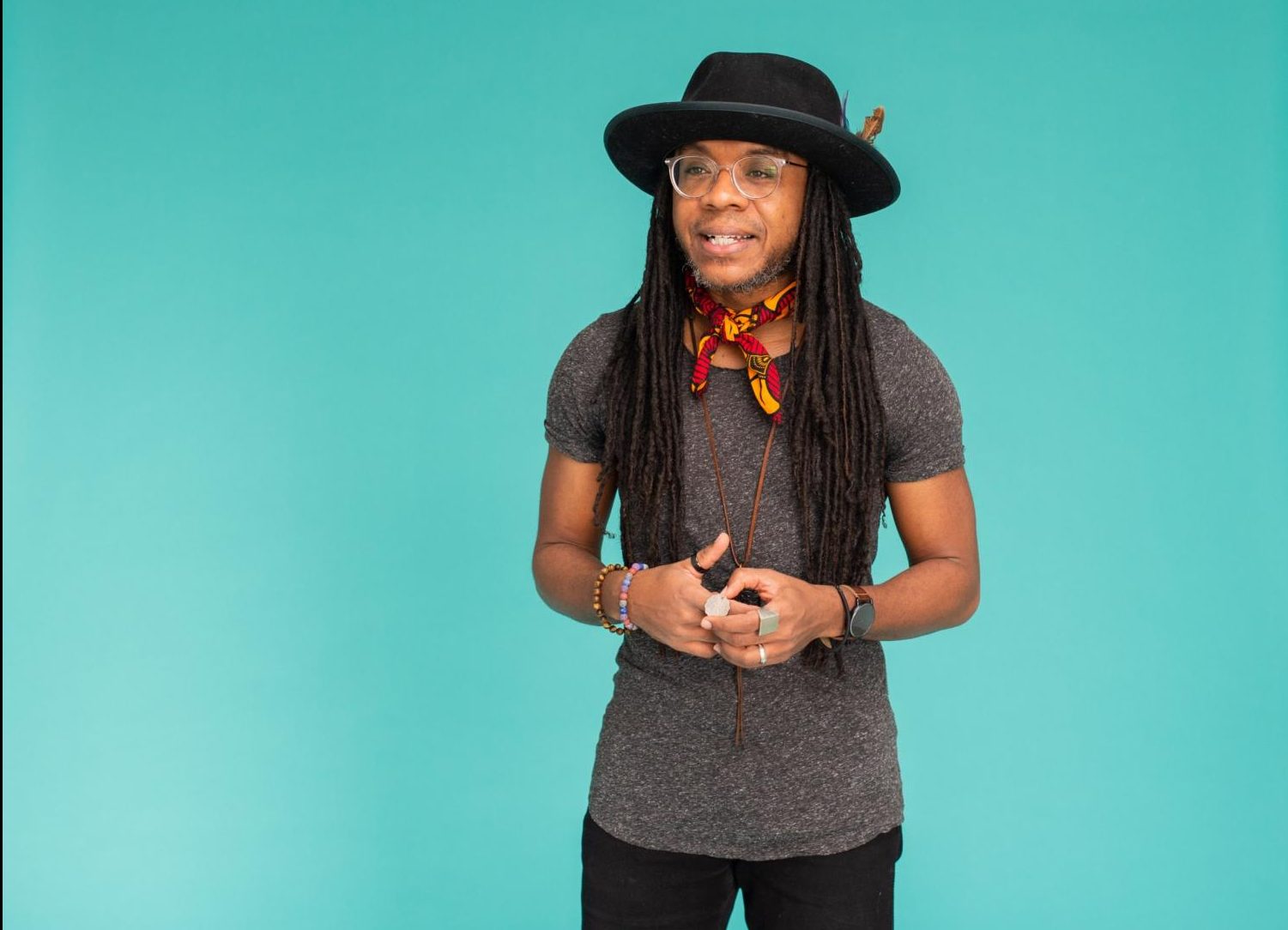 “If you were to look at the thousands of poems I have written, there would not be one theme that really sticks out, I just try to touch all topics and do them with as much care as I can,” Amaker said.

In his latest collection, he touches on several topics that play large roles in today’s society.

“I really am also inspired by breaking out of a mold of everyday language. I think people automatically use ordinary language. I am obsessed Sitting at his childhood desk for hours, Marcus Amaker wrote song after song, dreaming of the future that laid ahead. From 90’s pop to meaningful ballads, his notebook was filled cover to cover with his creative passion. However, this boy who loved writing music never would have thought he would grow up to become Charleston’s Poet Laureate.

“I got involved with writing when I was really young. At that point writing to me meant writing songs… because I am such a big fan of music,” Amaker said.

Amaker loved music and creating an art that he still carries with him today. He was inspired by 80’s and 90’s pop stars like Prince and Kate Bush, but it wasn’t until he was introduced to Ani DiFranco, American singer-songwriter, that he made the transformation from a young song writer to a poet.

DiFranco used her words carefully and inspired Amaker to think differently about his writing.

“When I started to study poetry art form, that is when I started to think of it in a more intentional way. There’s so many things to do with poetry and I am still learning a lot about that,” Amaker said.

After multiple voice cracks and a few shaky notes, he realized his dreams of being a musician were crushed. Although, he didn’t give up on his passion and continued to write lyrics and songs. Even though Amaker may speak his written verses today, this does not just define him as a poet. Amaker holds onto his childhood writing as a backbone to his current work.

“I remember somebody in high school called them poems, and I never really thought of them in that way and honestly sometimes I still don’t. I view them as kind of song lyrics,” Amaker said.

As a child he was filled with a creativity that continues to inspire him everyday. For Amaker, writing has always been like “brushing his teeth.” It is something he can do automatically without having to be too technical.

Some poems he decided to keep to himself — like the one he wrote for his first crush, titled “Sitting In My Room.” Although this was a poetic masterpiece about him thinking of ways to ask her out, it did not make the cut for his latest book, “The Birth of All Things.”

Although Amaker was born a writer, he has had friends and mentors along the way to help shape his poetry.

“Marjory has been a mentor for me for a long time. She helped me understand the business of poetry and still does that because she has been successful in a lot of different ways,” Amaker said.

Marjory Heath Wentworth is the sixth South Carolina Poet Laureate, a position officially appointed by the governor, and a good friend and mentor to Amaker.  She has been with Amarker through good and tough times. She argues that she feels like they have walked side by side, instead of being his role model.

“He has really carved his own way. He is such a unique individual that way in turns of unconventional approach towards the art and collaborating with musicians and spoken word,” Wentworth said.

Admiring Amaker’s success and creativity, Wentworth found him as a different kind of poet that formed songs into poems. He uses his artistic abilities and pours it into his poetry.

Another close friend and inspiration of Amaker’s is Charlton Singleton, a grammy award winning artist and member of the band Ranky Tanky.

“Marcus is brilliant with the regards to the amount of knowledge he has with the arts in general. It was no brainer to ask him to handle the design and layout of our second recording. He can split it down the middle. When I say split it down the middle, I mean he gives you something that is both to the point and something you can think about or ponder,” Singleton said.

He also uses his talents to make an impact in local schools and to change the way students view writing.

“That’s the best part in my mind of the job that I have, is being in schools and teaching or guiding students on how to write and how to really look at writing differently. I didn’t really have that when I was in school and just to give them the goal that you can be an artist and do that full time. I think a lot of people need to hear that. This is a real job,” Amaker said.