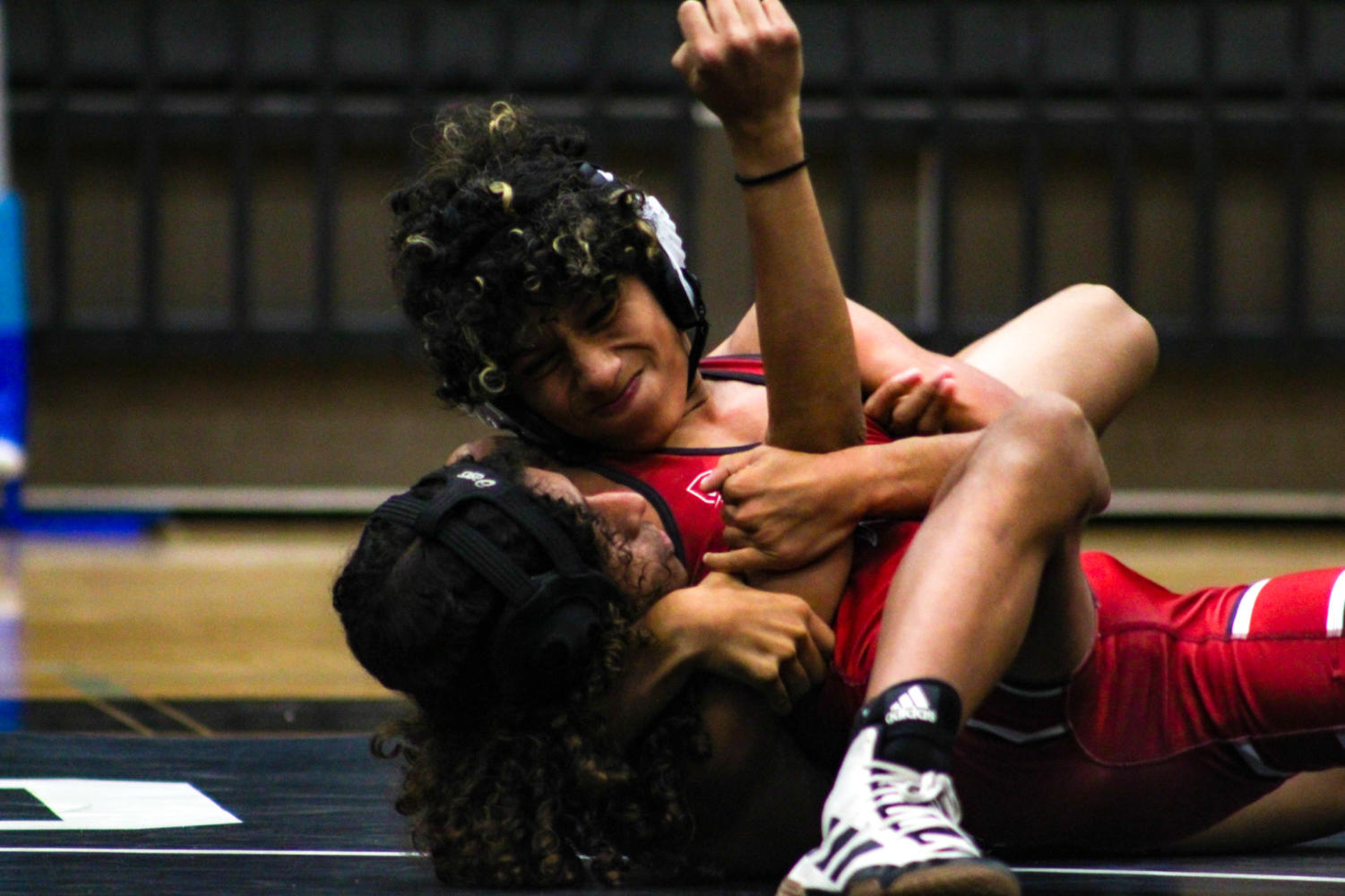 To be the fittest on the floor

For senior Alex Cyr, the match doesn’t start on the whistle blow.  It started almost a week before. It starts when he starts to cut weight, it starts with the sleepless nights, and as he flips in and out of consciousness.  Starting to weight cut on Sunday, he starts the process by limiting his consumption of water to burn his calories.

Since his freshman year, Cyr has gone through the process of weight cutting, and he has been put in different weight classes and tried cutting weight multiple times.

“In the sport we do weight cuts and we lose a certain amount of weight to get into our weight range. For instance, one week I had to lose five pounds, completely dehydrated and wrestle for a match,” Cyr said.

The purpose of cutting weight is to stay in the same weight range that the wrestlers have been given. It is up to the wrestlers themselves if they want to cut weight to fit into a category.

Senior varsity wrestler Luca Cavallaro has been wrestling since freshman year. In his years of wrestling, he too has tried cutting weight due to his tournaments.

Cavallaro is midway through his final season as a wrestler. In the beginning he doubted if coming back was the right thing to do for him.

“Everyone in there is seniors this year. Every year it’s like ‘okay who are your seniors’, those we rely on the most and this year it’s us,’” Cavallaro said. “It’s a lot of work. You go to the practices but then you also get [side things] to do. It just kinda alters your life.”

Weight cutting has both healthy and unhealthy ways it can be approached. Wrestling coach Adam Schneider has seen many examples of people either trying to gain or lose weight in an unhealthy manner.

With the athletes’ certain weight range, their hydration levels get measured after urination to determine how much the wrestler can lose or gain.

“There’s a computer program that’s a national computer program for every highschool in the country where…those numbers easily can find out how much [a wrestler]  can wrestle this year. It’s a very safe system that a lot of people can lose weight from,” Schneider said.“I have never been a coach who made people cut weight. My general rule of thumb is wherever you come in at, go down one weight class.”

Going into wrestling matches, Cyr describes the importance of staying in the given weight range.

“In wrestling your opponent and yourself have to be in the same weight range. The weight range is about like five to six pounds and you have a two pounds conception, so if your wrestling guy is seven pounds within your weight and you’re over that weight range you cannot wrestle and you’re disqualified,” Cyr said.

If deciding not to switch weight classes, maintaining the certain pounds is important.

“When you’re a teenager and you’re developing you put on weight automatically. Limiting that is really risky and can [potentially] lead to other health problems down the line,” Cyr said.

When doing a hard, physical and demanding sport like wrestling, self control, time and commitment is a must.

“You will have to not give yourself an excuse, stop making excuses and just push through the pain,” Cyr said.