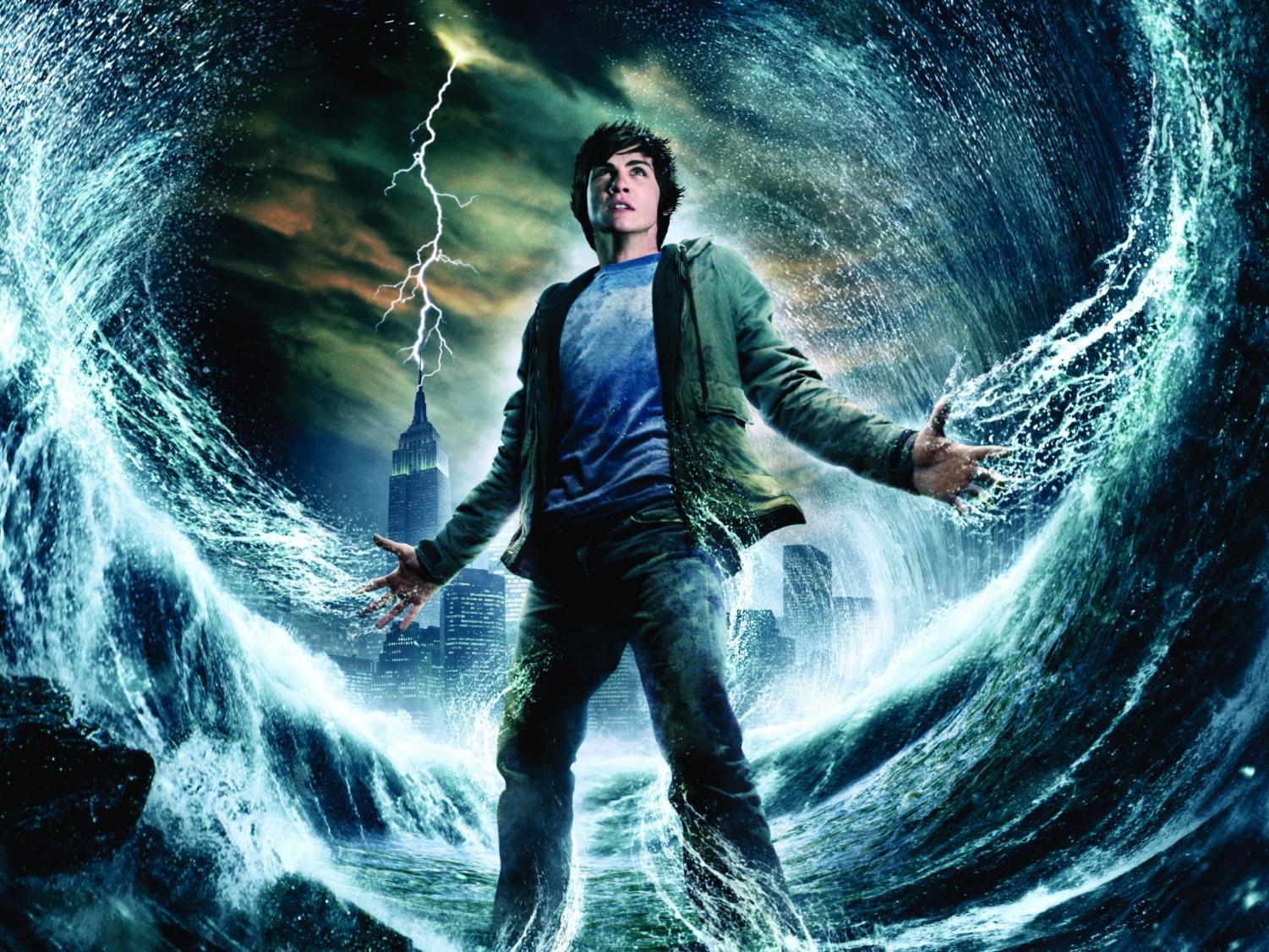 My top ten books and series — also known as ten books to read when all others have failed: a list by a stressed sophomore with no other coping mechanism than ignoring all of my problems.

This book series was the book series that was the most influential to who I am today. I absolutely adored these books, and still do. Rick Riordan managed to create a world where I could relate to the main character on a level I had never had before, while also bringing in my love of mythology. These books showed me heroics in a very human way — they included many faults and struggles that I related to, but never made them into roadblocks. Percy Jackson showed me that you don’t have to get past something, but you can take it in stride with you instead, something that has never been shown to me before. Riordan uses a tone easy to understand, always making the point of view someone my age, and as I read through the books it felt very accessible to me. The concepts he presented aged with its readers, and by the time you get to the end, they feel less like kids books, and more like the modern spin on a true epic.

2. Little Women by Lousia May Alcott

I absolutely adore Little Women with my heart and soul. This book is so special to me because it reflects not only personal feelings, but also my relationship with my sisters very well. The book itself is full of imagery and tonal shifts that allow for the reader to feel immersed in its world, and these things are part of the reason it has been marked a classic. The sister relationships presented are realistic and heartfelt, individual to each sister and ever-changing. The book is lighthearted yet mature, and was a savior to me when nothing else was. Alcott allows each personality to develop and impact the reader, and presents love in many balanced forms. Little Women shows growing us in a way that made me feel content with the change, instead of scared of it, and is a read that I would recommend to anyone.

I own the collector’s edition of this book — that’s how much I love Red Queen. Despite the name, Red Queen is not about Wonderland, but a girl who is thrust into a life of war. Mare Barrow is an 18 year old girl who is born in a land that is divided by the color of a person’s blood. When it is discovered that Mare, a Red, possesses powers only a Silver is capable of, she is forced to live a life of deception and danger. She poses as a lost noble, hiding in plain sight. Red Queen checks all of my wants for a royalcore book, and I would recommend it to anyone who enjoys suspense and plot twists.

4. The Chronicles of Narnia by C.S. Lewis

The Chronicles of Narnia series was a really important part of my childhood. My family owns the boxed set, and we watched movies all the time when I was younger. When I finally picked them up again to re-read them (in the correct order mind you, by publication date as Lewis wrote them, rather than the chronological re-order the boxed sets come in now), I was surprised at how they balanced nostalgia and maturity. The books handle mature concepts in a way that kids can digest. They balance on the line between fantasy and reality, much like Narnia itself, and when I look back, they were really helpful to me as a child. Not only did they create a world I could escape to then, I can go back to it now with a totally different worldview and still find parts to see beauty in. There is a reason The Chronicles of Narnia are a classic, and even if you read them for the first time now, they are so worth it.

5. Pride and Prejudice by Jane Austen

This is probably a cliche, but Jane Austen wrote a masterpiece and it needs to be acknowledged. Pride and Prejudice perfectly balances a feeling of freedom and restriction as the reader watches the Bennet family’s exploits. This book felt like home as soon as I read it the first time, and it is the reason I keep coming back to it. It feels natural, as though it is something me and my family would do ourselves. The imagery used makes you feel as though you are there with Elizabeth as she navigates her feelings, and Austen’s distinct diction separates her works from others on my shelf.

6. Of Mice and Men by John Steinbeck

I first read this book voluntarily, not for school, so I may be a bit biased, but I thoroughly enjoyed Of Mice and Men. It was the first American classic I had read, and in eighth grade it felt really special. Steinbeck keeps his diction simple, and the story straight to the point. The basis was well established, and the parallels between not only characters in the story, but characters and society were well intertwined within the story. Steinbeck used a diction I could understand in the eighth grade, and I felt as though the concepts addressed were well written. Since I read it the first time I have come back twice, and each time I catch one more thing that is interconnected with my world experience, and it makes this worth the read, even if school assignments kill motivation to actually do the reading part.

7. The Loneliest Girl in the Universe by Lauren James

The title makes it sound so much sadder than it is, but it’s what ultimately drew me in. The Loneliest Girl in the Universe by Lauren James is a fiction book about Romy Silvers, a girl who was born on, and consequently only ever knew, a spaceship. Set in a future where NASA has sent a mission to another planet, Romy copes with the loneliness left after her parents death, until hope of meeting another spaceship gives her something to look forward to. This book made me feel such a wide range of emotions for such a thin book, so if i didn’t include it on this list I would be committing a crime.

8. Dorothy Must Die by Danielle Paige

It’s just as weird as you think it is. Dorothy Must Die is the first book in a four book series that follows Amy Gumm as she moves through the legendary Oz. This Oz is different though, run under a Dorothy who is hungry for power, and Amy has to work with many, many unexpected allies, and a few enemies of her enemy. An antagonist you love to hate and a morally gray protagonist is one of my favorite combinations, and Dorothy Must Die satisfied my need perfectly. Surprisingly recommended to me by my sister who hates reading, I can attest to the fact that it will captivate anyone who likes twisted versions of beloved classics.

I was that one kid in middle school who knew way too much about mythology, and loved it.  The non-fiction book Mythology by Edith Hamilton brought that feeling right back to me. A comprehensive book full of different myths from Greek, Roman, and Norse mythology, this book feels perfect for a shallow dive into the classics. Mythology covers everything from influential gods to men cursed to never cut a lock of purple hair — all worded in a condensed style that made me feel like I was reading an adventure story rather than a text that has to cite its sources.

10. The Picture of Dorian Gray by Oscar Wilde

This is the most recent addition to this list. I finished it about two weeks ago, and I have to say the timing felt perfect. After the social atmosphere of the last year, Oscar Wilde’s analysis of morality and self perception felt like a good fit. Dorian Gray is very privileged, but the world around him is slowly crumbling. The blunt diction of this book is very reflective of the time period it was written in–somehow realistic after the curtain of romanticism has been pulled. This is one of the first books I read that was cynical in its view on human morality and mortality. It’s a big task to read, and can feel slow paced in the beginning, but as the plot progresses you can see it take a turn with its main character. A well written book that deserves all of the praise and criticism it gets, I thoroughly enjoyed this book despite the weight of its concepts.