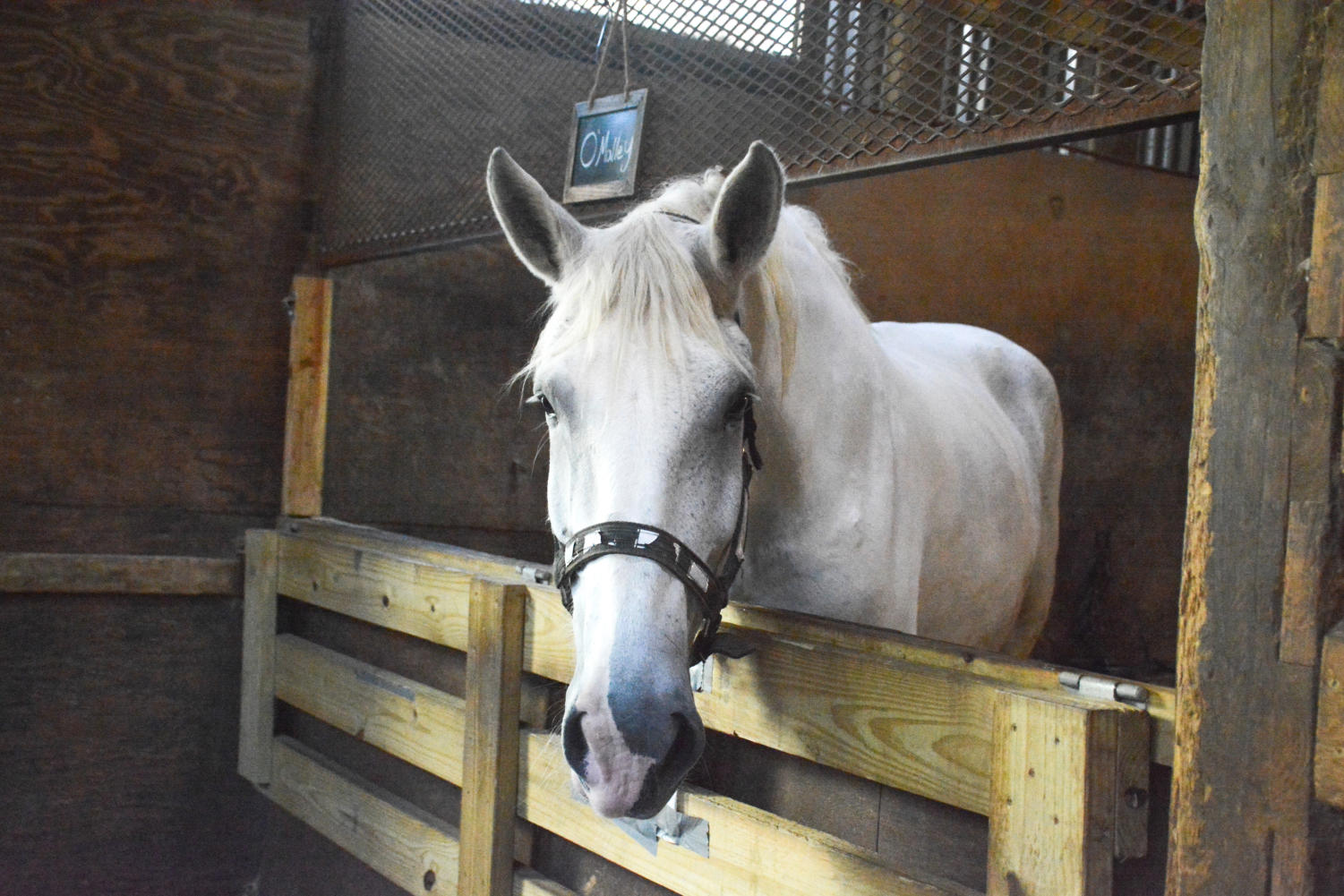 A horse that was born in Palmetto Carriage Works rests between carriage rides. (Kailey Foushee)

A horse that was born in Palmetto Carriage Works rests between carriage rides.

Charleston is known for its historical tourist attractions. Founded in 1670, the history found within the city limits is vast. One famous attraction that the city is known for is its horse carriage rides.

During these expeditions, a tour guide explains the historical significance of the downtown area as a carriage is being pulled by a horse. This Charleston tradition is a key part of many tourist visits. Many of the locals have also decided it was a necessary attraction they had to do at least once.

Horse drawn carriage tours are a popular and profitable industry especially in Charleston. However, controversy regarding the treatment of the horses has become more widespread. With multiple accounts including photos of horses collapsing during rides, the public is outraged.

Joe Elmore is the president and CEO of Charleston Animal Society.

“Charleston operates this enterprise in the harshest conditions in the nation,” Elmore said.

Many factors contribute to these incidents. Being a southern city, summertime temperatures can become too much for the horses to bear. These high temperatures also happen to coincide with the peak of the tourism season. Being in the heat for extended periods of time often will lead to dehydration and exhaustion especially considering the thick fur of animals such as horses.

The concerns go further than the possible inhumane treatment of the horses however. Activists argue that horse carriage rides are notoriously known for breaking basic traffic laws such as running stop signs and going through crosswalks without checking for pedestrians.

Many people blame the carriage companies as well as the city which allows and funds these tours. Some even believe that corruption is common practice within these companies.

Also due to the densely populated and urban area of Charleston, activists are worried about how much grazing time the horses are receiving.

Allie O’Reilly is a Senior at Wando and an equestrianist who works at a barn outside of school.

To combat this concern, some carriage companies have a separate property where they transport their horses in order to give them a break from their work in the city.

“[The horses] have a really good balance between working, being around humans, having a purpose, having a drive and being able to be at the pastor with other horses… they have their home life and their work life balance,” Evenhouse said.

Since employees work with the same horses so frequently, there has been a certain bond created between them. Workers will typically be able to spot if a horse is looking unwell and take steps to improve their health accordingly due to the close relationship.

“All of these horses are employees and part of the team that we all know on a very intricate level,” Evenhouse said.

In regards to the treatment of the horses, there are precautionary steps taken by the companies to ensure good health.

“After we unload the customers, we’ll take the horse into one of our different barns here and we’ll take their temperature, check their respiration, get it in front of water, fans, and shade,” Evenhouse said.

Recently, activists in Charleston, as well as other cities, have recommended making the switch to horseless carriage tours. These would be motor based vehicles which kept the same traditional appearance of a horse drawn carriage whilst removing horses from the elements.

“I can go through a litany of what expenses can be eliminated with the use of these e-carriages and I think that’s the way of the future moving forward…I think it’s great,” Elmore said.

This design was created to alleviate working conditions for horses as well as save cities money considering the high expenses of horse care.

However, people in protest to this idea often argue in favor of keeping the tradition since these rides play a key role in tourism and that the practice makes the Charleston area unique.

Mary Duncan, is a Wando Sophomore as well as a horse owner and rider.

“A lot of the reason people like it is because there are horses doing it,” Duncan said.

Many people enjoy the horse carriage rides because they are historically accurate in terms of transportation during the time period which is being discussed throughout the tours.

“We’re seeing a historic city that has been around for 351 years, modern history and I think it’s pretty hard to beat a horse drawn carriage…I think you would lose an element of that with a motorized vehicle,” Evenhouse said.

This difficult controversy will likely be around as long as the carriage rides are. The public is typically either unsure of their opinion or certain of their viewpoint.

“I feel like they definitely improved their conditions for sure but I don’t know the full truth and it’s really hard for me to make a certain inhumane or humane decision on that,” O’Reilly said.