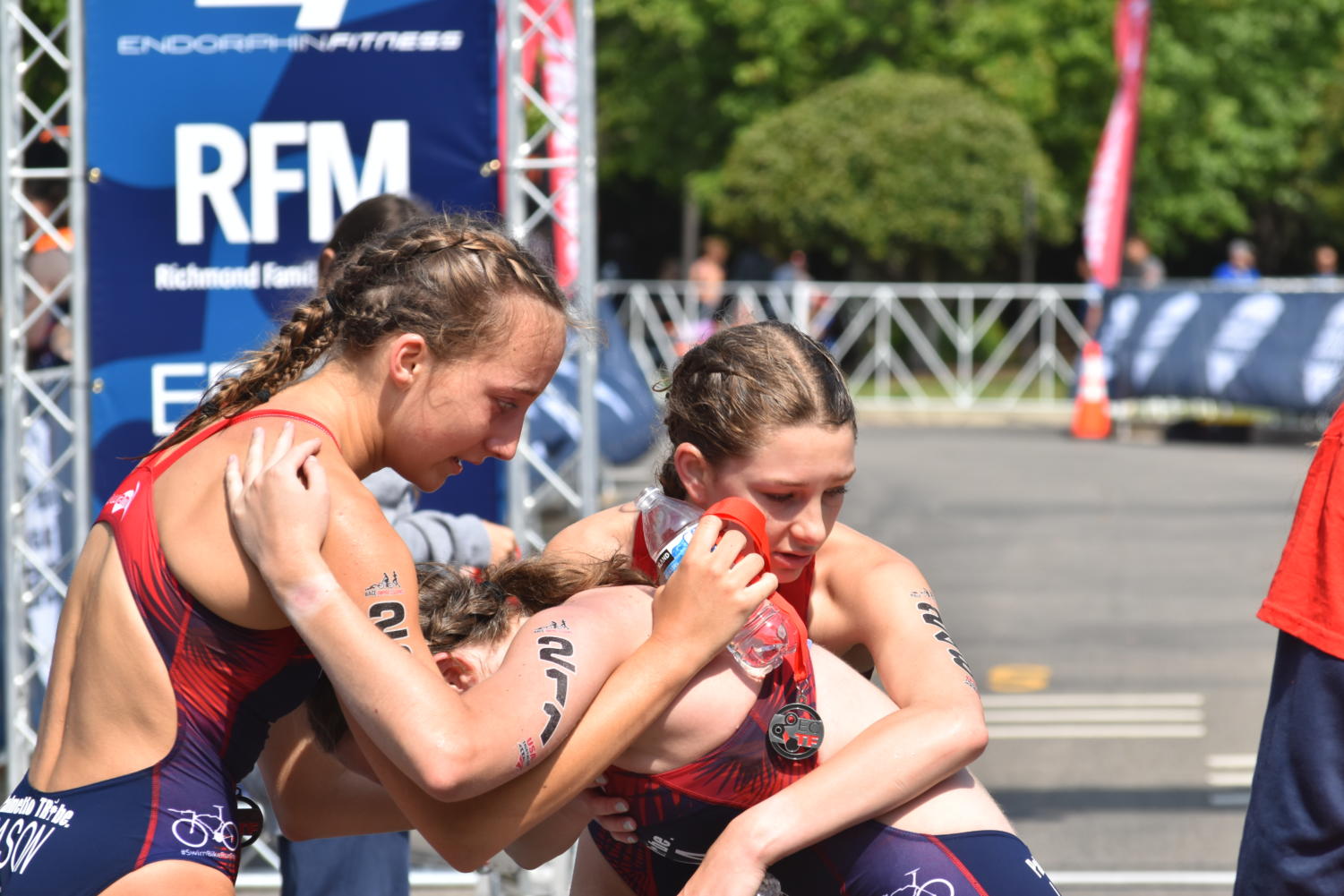 The sound of feet hitting the pavement, the cool rush of water against skin, the squeeze of fingers against the brake mechanic. Three sports intertwined to make one.

Since she was eight years old, sophomore Campbell Cason has been doing triathlons through the Palmetto Tribe Team. First hearing about it through a friend, Cason soon fell in love with the sport.

“My friend’s mom told my mom about this local club that was just starting, and me and my best friend at the time started it together,” Cason said. “She ended up quitting about six months later, but I just stayed with it and I’ve never stopped.”

With the triathlon season running from December until August, Cason trains five days a week, and travels for races monthly. With triathlons consisting of biking, swimming, and running, practices look a little different compared to other sports.

“Usually practices consist of two sports at a time. We’ll usually do a technical swim with focusing on technique…then followed by a hard run, or it’ll be like an easy run with a very hard swim,” Cason said.  “Usually bikes on its own just because it’s such a big…aspect.”

Having to travel to places such as Utah and Pittsburgh for races, Cason and her team travel together two days prior in order to get a feel for the course.

“The day before the race you’re doing the course, sometimes, multiple times just so you can get it in your head and then you usually do a workout on the course as well,” Cason said. “We’ll have a team dinner that night and then the next day is usually our race day.”

For fellow teammate, sophomore Sullivan Ham, her career as a triathlete started a little differently than Casons did. Being a swimmer, Ham was feeling the stress of her sport, and wanted something new.

“I got invited to a race and then from there I kind of saw the team that I was on now and I fell in love with it,” Ham said. “Swimming just started to become too stressful and I thought it was time for a change.”

Even with a mix of three sports, Ham still loves the feeling she gets after races, especially after one of her national races that took place two years ago.

“I got a call from my coaches in my hotel room and they told me I had placed 5th in my age group and I didn’t realize that you could actually place that high,” Ham said. “ That was kind of exciting so I got to go back there for awards.”

Ham says that for triathlons, just going for it and not being afraid is one of the best methods in order to become better and faster.

With the mental and physical challenges, Cason says that triathlons at times can be a lot for the body.

“It’s a process. It takes time getting used to it. It’s really weird practicing for three sports at one time…it can be a lot at times but to just stay with it eventually it will work out.”