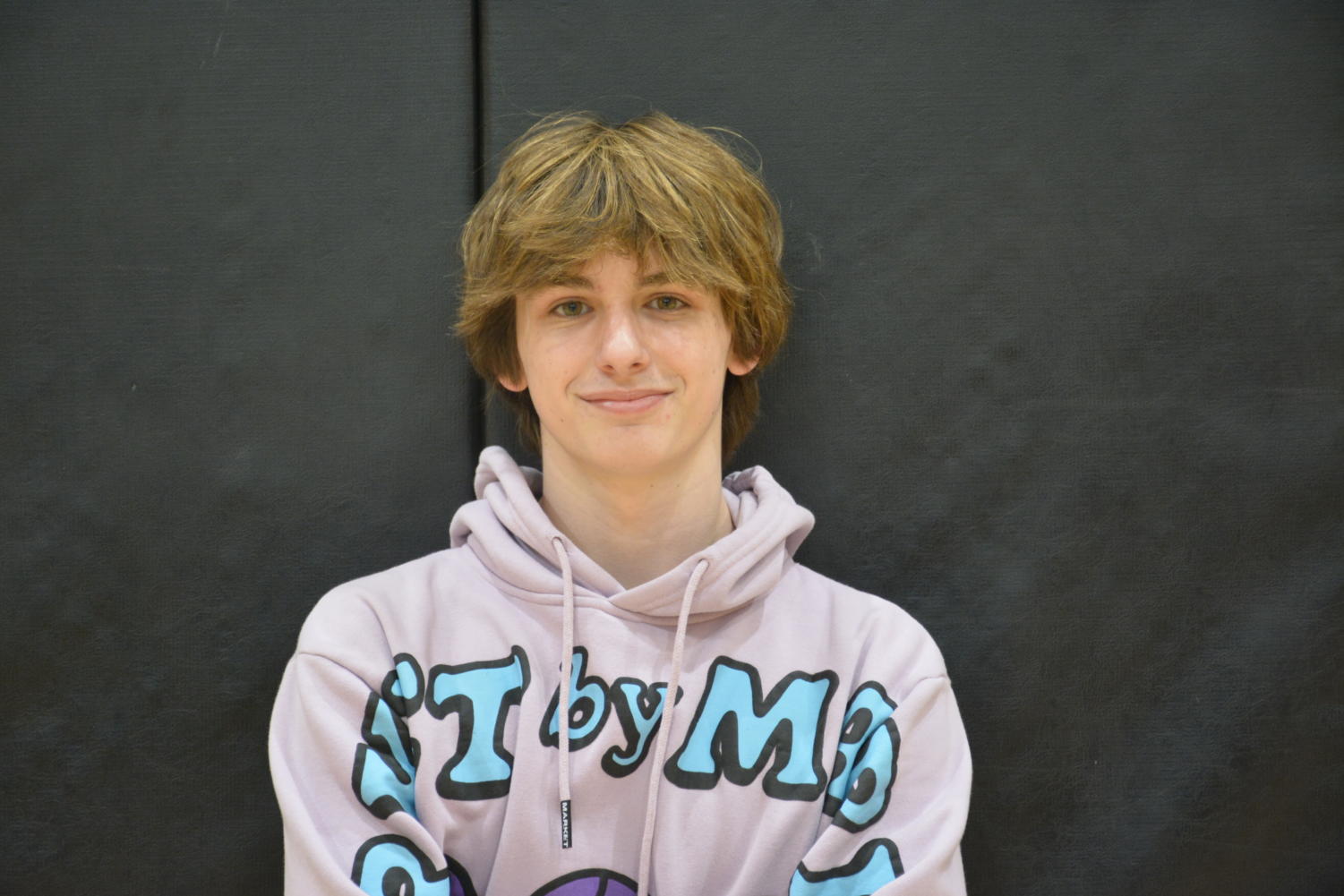 Davis standing in the room where cheer practice will began. He is super ready and excited to be the first boy on the team. (Merritt Rast)

Davis standing in the room where cheer practice will began. He is super ready and excited to be the first boy on the team.

For the first time in 18 years, the Wando cheer team is welcoming its first male cheerleader, freshman Davis Riley.

Riley has had a background in tumbling and gymnastics from a young age, and has enjoyed the various activities since he was a child. From competitive to recreational sport, Riley has participated in various sports which eventually led him to cheer.

“I was self-taught for about four years and then started taking some tumbling classes for about a year,” Riley said. “Then I did competitive gymnastics for about two years. I kept on doing tumbling for a while…and then I got the opportunity for cheer so I joined that.”

“They (tryouts) were really stressful because there were a lot of girls,” Riley said. “[Wando’s cheer teams] haven’t had a boy ever, so I think it takes a lot of courage. It took me a lot [of courage] but I’m glad I had my friends, I don’t know what I would have done without them.”

After making Wando’s junior varsity cheer team for next fall, Riley was excited to be a part of the team as a backspot, and since making the team, Riley has received support from friends and family around him.

“My parents were very supportive about it, they know I’ve always had a background in gymnastics so they thought it was really good,” Riley said. “My friends really liked that I was joining cheer, and they’re gonna be really excited once the season starts…and they’re gonna cheer for me.”