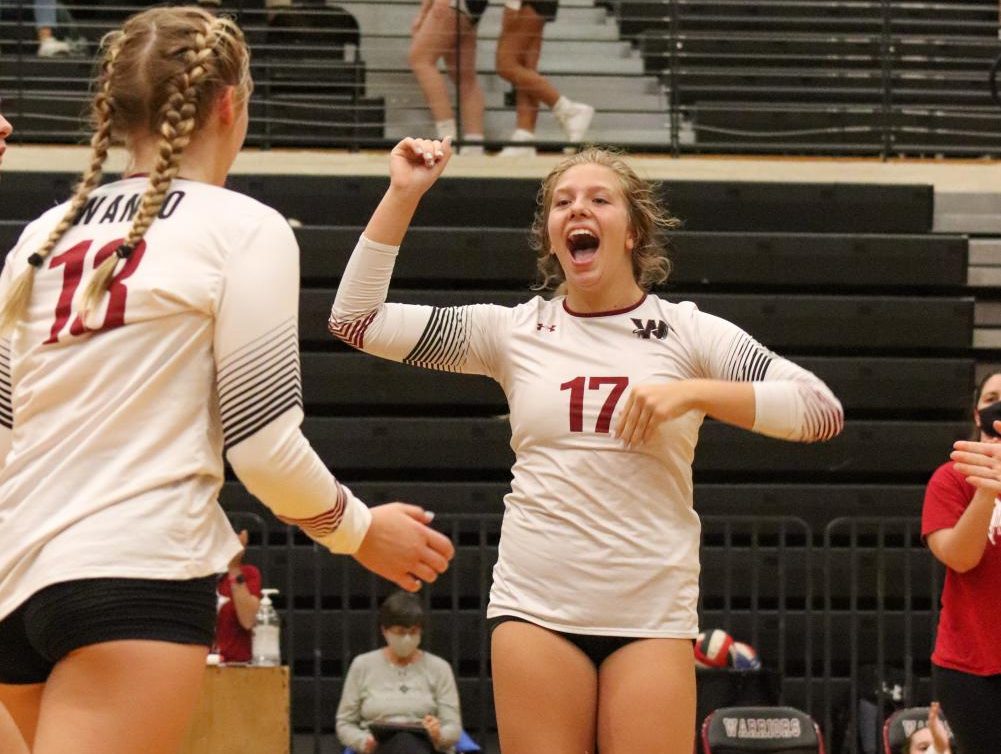 As students file into the gym in hopes of securing a spot on the Wando volleyball team, a much different vibe fills the air as opposed to last year’s tryouts. Masks cover the faces of the players vying for a chance to play for one of the best prep teams in the state.

The architect of this program, head coach Alexis Glover, says this is a totally new experience for the team: “Every time the team comes in, everyone has to have their temperature checked, we have to ask them a battery of questions, and they have to wear their masks when they’re not actively playing on the court.”

Simple exchanges now are outlawed to stop the spread of the virus. “We have to have breaks for hand sanitizer, they can’t share towels, and every evening after practice we have to disinfect every ball we touch,” Glover said.

Small changes will be implemented during the regular season as well, Glover said: “Once a player comes out of the game, they have to have a mask on, our benches have to be six feet apart, like an NBA bench (in the Orlando bubble) no team water coolers.”

Hand sanitizer breaks and personal towels are a small price to pay for being able to play, however. “They’re just so happy to be there, to get some normalcy back into their life, to see their friends, even when it’s behind a mask,” Glover said.

While the game remains mostly the same, the team’s schedule has been significantly altered. “We usually travel out of town to play in major tournaments, we were supposed to go to Florida this year, the national qualifiers, a big Nike tournament, that’s a national tournament. We go to Atlanta every year for a regional qualifier, which is the Southeast qualifier, we’ve been doing that for years, a tournament up at Dorman, we’ve got local tournaments at schools like Porter-Gaud, and our own tournament. None of those tournaments we will be allowed to attend,” Glover said.

Losing the Florida tournament stings the most, Glover said. “Only once every so often do we get an invite to that tournament.”

The team will have region play in the fall, along with matches against Porter-Gaud and James Island. Instead of the usual 30 games the team plays, it will be cut to a 17 game slate.