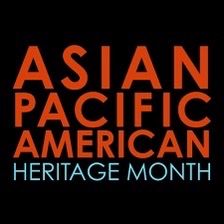 The month of May marks an important celebration of heritage for those who identify as Asian Pacific-Islander American. Asian Islander Pacific American (AIPA) Heritage Month recognizes US citizens who are affiliated with the Asian-Pacific islands.

In 1978, AIPA was established as being the first week of May. It wasn’t until 1999 that AIPA was credited the entire month of May for their celebration. AIPA was created to commemorate the first immigration of Japanese to America in 1843 as well as to appreciate the anniversary of the completion of the Transcontinental Railroad in 1869.

AIPA is dedicated to celebrating the cultural differences and diversity brought about by the United States Asian Pacific-Islander residents. This celebration is often accomplished by parades and visiting Asian-Pacific Islander-owned businesses.

Celebrating this group of people is also shown through quick responses to prejudice they may experience. A campaign which formed after the outrageous displays of bigotry in America during the global pandemic is known as ‘Stop AAPI Hate’. This purpose of this campaign is to bring awareness to the discrimination which Asian Pacific Islanders face while living in America. They seek to dismantle the racist beliefs which encroach on this minority group.

Cassandra Frye, a freshman at Wando High School, is part Filipino, which falls under the category of AIPA.

“One of the bad experiences is that people don’t know what I am. They misinterpret what I am,” Frye said.

In regards to her ethnicity, Frye explains that it can be difficult for people to recognize what she identifies as. This poses problems for cultural understanding.

“Whenever anyone comes over, my mom makes a ton of food and everyone always appreciates it but it’s just how Filipinos are,” Frye said.

A huge part of Filipino culture is their food. Ranging from lumpia to sinigang, traditional dishes are incredibly important to those who identify as Filipino. Frye embraces her traditional food in hopes that people would learn more about it despite their ethnicity.

“My grandparents and I always Skype and it’s interesting to see how they’re doing in another country especially since it’s where we’re from,” Frye said.

Distance between AIPAs and their family members who remain in their homeland provides for some unique experiences. It’s important to see how the culture remains strong within those who identify as AIPA no matter if they’re in their native country or if they’ve immigrated. However, distance could also lessen the bond between Asian Pacific-Islander Americans and their culture as they adapt to more Western ideals.

This is why Asian Islander Pacific American heritage month is so crucial. In order to keep those who are not affiliated with this ethnicity informed and allow those who do identify with this ethnicity spread awareness, an annual celebration sets the perfect foundation for the spread of cultural knowledge.

Due to the fundamental nature of AIPA heritage month, it is hoped that it will continue in this form for many years to come. The month of May was established for the recognition of this group of people living in America and is meant to spread awareness about traditional culture and let others know what it really means to be an Asian Island Pacific American.