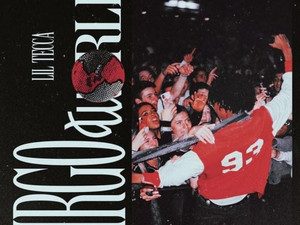 I came to Lil Tecca with high hopes. His previous album We Love You Tecca, despite critical reviews, was a smash hit for the then 17-year-olds career. Most notably, Ransom is what shot Tecca up the charts. That mixed with talk over a Lil Uzi/Tecca collab in Dolly, a song featured in Virgo World, created a swarm of hype around Virgo World. From rap fanatics to the most uninterested listeners, everyone was left on the edge of their seat. And what they got was an uninspired, repetitive, practically boring piece of music that left even the most diehard Lil Tecca fans stumbling for words.

On September 18, 2020, rap artist Lil Tecca dropped his album Virgo World. Just like his previous album, We Love you Tecca, he stuck with the same basics – flexing on haters, getting rich, and pulling girls. It became clear to his critics that, despite their pleas to add any substance, he couldn’t be bothered – as shown by a lack of descriptiveness, originality, or any shred of individuality.

Normally with artists, they at least describe what their struggles were, or how people doubted them. Take Childish Gambino’s Firefly, where Gambino told us how broke he was – “Lookin’ for quarters, maybe afford a falafel for dinner, ugh.” Or Kid Cudi’s Soundtrack 2 My Life, where singing “I’ve got some issues that nobody can see,” told us how he struggled with depression. Not one song in Virgo World showed any hint of originality from Lil Tecca.  Who was hating on him? How was he struggling?  Why did you have to grind? Nobody knows.

Lacking originality isn’t the only thing that brought Lil Tecca down. Plenty of artists can give any simple verse, but still have us bumping in our car. I mean, Lil Uzi could say that “I feel like it’s Fortnite, I just got a tac” in a song and nobody would bat an eye. How do I know that? Because he literally said this in Virgo World. So, how come Lil Uzi Vert is better than Lil Tecca? Well, Uzi can actually sing. Even the catchiest beat can’t outshine Lil Tecca’s mundane, uninspired voice. It’s about as impressive as Smokepurpp’s freestyle.

That’s not to say that the entire album was a total flop. Thanks to talented collaborating artists and an occasional catchy beat, some songs managed to pull through.

With Polo G telling us his struggles on the streets, he added a whole new side to a song about Lil Tecca’s unnamed fake fans. “Death was normal in the streets, another youngin slain. My uncle died from a shoot out, left murder on my brain,” In a single verse, Polo G gave a heavy tone that managed to raise When You Down from the ashes.

In Dolly, Lil Uzi brought his thought provoking verse with “One-of-one, Virgil designed this. My archive not consignment. ” In this one line, Uzi flexes how original and unmatched his clothing line is to fans. When coupled with Lil Tecca’s line “I just seen the feds, lay low. I got them bullets, Halo,” Uzi is a lyrical god.

Even Skrillex was able to make up for Lil Tecca’s mundane singing. With his impersonal lines “Countin’ up these racks, I been countin’ since the day before” it definitely set up a challenge. Even so, Skrillex managed to use a solid rhythm and exotic music to make a catchy, tropical vibe for Selection.

But with all of their talent, these artists couldn’t save Virgo World. Their catchiness, rhythm, and lyrical innovation resulted in dividing the talent between them and Lil Tecca. As a result, Tic Toc, Miss Me, Chemistry, and other songs – which only featured Lil Tecca – showed his most loyal fans just how inferior he was compared to the greats.

Overall, I was left with exhaustion and regret. Lil Tecca’s monotone voice, inability to sing, and uninspired lyrics made Virgo World into the disappointment that I was forced to experience. Even with some of the most talented and influential artists, only a handful of songs were able to be salvaged. If Lil Tecca wants to save his career, he needs to make some serious changes. Hire a ghostwriter, take some singing classes. Personally, I’m rooting for him. Mainly because I don’t think I can take another song like Tic Toc.