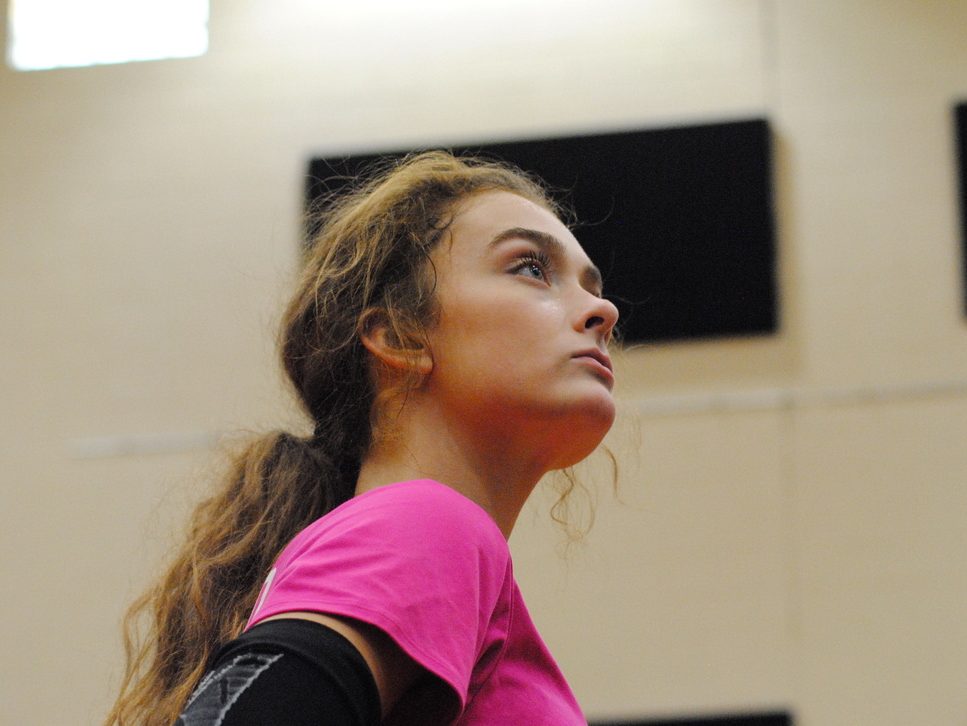 Senior Grae Gosnell first started her volleyball journey when she was five years old. It was a family tradition.
“Both my sisters played Division I college volleyball, so I was kinda in the gym, going to their games and practices when I was really little,” she said.

Now Gosnell is starting her on Division I volleyball journey, having just wrapped up her high school career with the Wando volleyball team. She not only plays high school volleyball, but also plays for travel teams.
Gosnell’s favorite volleyball memory was meeting her idol.

“I was playing for USA in Anaheim, Calif, and I got to meet meet Karch Kiraly. That’s the coach of the Olympic team and national team, and he’s like one of my idols,” she said. “Then we got to stay at . . . the Olympic Center. Other times I’ve played for USA, I’ve got to stay at the Olympic Center in Colorado Springs. And then we got to meet Olympians and just see what the day in the life is and just play a really fun sport.”

Even though Gosnell has been successful so far in her volleyball career, she said there are challenges she’s had to deal with.

“My hardest challenge is being 5’11, I would really like to be 6’5, mostly ‘cause that’s just who the really big girls are in the conference that I’m going into and it’s definitely a challenge. It has been for a long time.”

Gosnell, who will be playing at Indiana University, said this year was a learning experience as well.

“Last year we were super blessed with a team that was really good, who played at a really high level all the time. And we really weren’t taken by surprise by any really good teams,” she said, “I think this year with just a younger environment there. It was more timid, and it really was hard for me to adapt to a more, from a more competitive game to a more mental game.”

Through her challenges, Gosnell said she continues to get support from family members. “My parents, easily my parents and my family . . . my sisters and my brother, they, more so my sisters ‘cause they’ve played before but they are always there trying to support me, telling me good luck, and they keep me motivated.”

Gosnell learned her love for volleyball from her siblings at a young age. Her passion has helped her achieve dreams of meeting her idols, and playing for the country. Her siblings have also continued to cheer her on from the sidelines as she plays as well as motivate her.

“I like playing volleyball because of the team. I’m really all about encouraging and leading, and that’s just some of my personality,” Gosnell said, “I just love being around other people. Single sports are not really for me, and it was just, it’s a good experience to build relationships and friendships with people.”