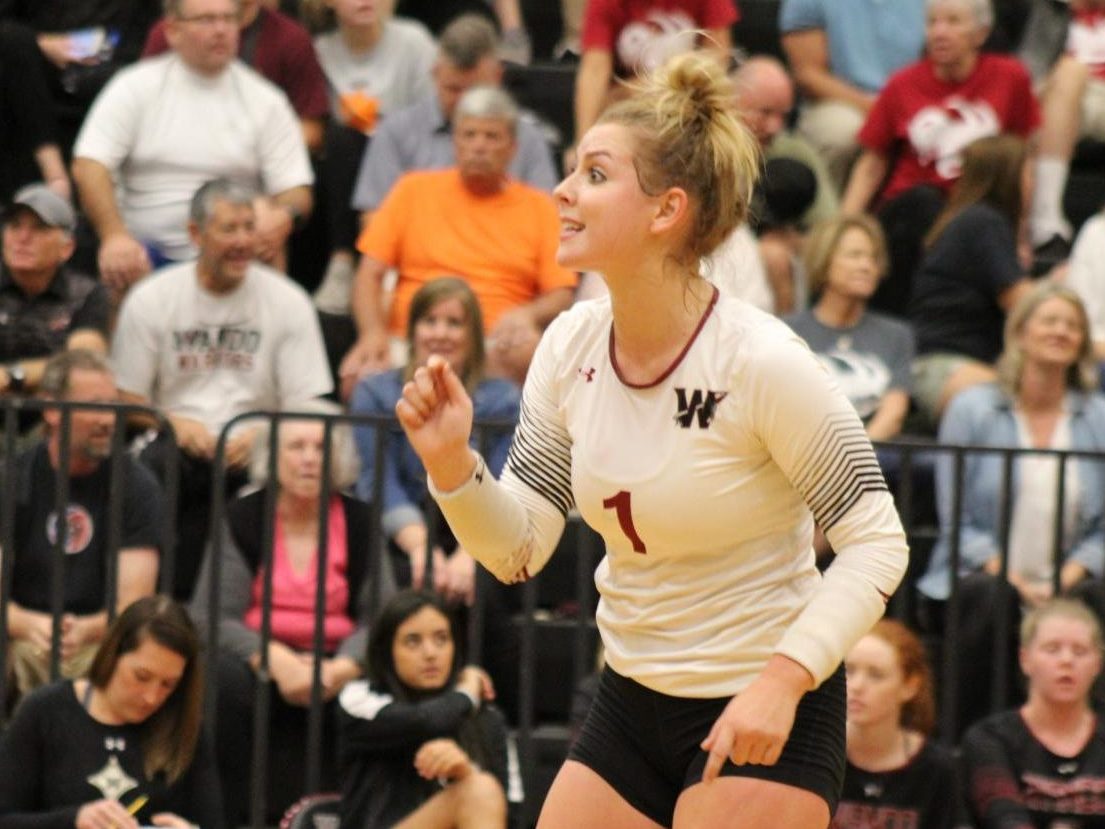 The end came fast. Up to the fourth set, the varsity girls looked good. They looked like they could win this match for the chance to go to Lowerstate for the seventh straight year. The air was heavy. All of the sudden, the buzzer sounded. 15-11 in the fifth set. The match was over, and the girls huddled. The tears ran down their cheeks.
For the first time in seven years, Wando’s girls didn’t make the trip to state.

The Warriors were knocked out in the third round of playoffs Oct. 31 for against River Bluff, 3-2, in a nailbiter. The Warriors were up two 2-1 in the fourth set when freshman Aurie Fisher was injured. Senior Grae Gosnell could be heard egging on her teammates to “just keep fighting.”

“There were some bumps in the road; we had a kid go down in the fourth set and I think that was crucial to our winning that set,” Coach Alexis Glover said. “I really felt like we were on our way to win the fourth set. It’s just unfortunate, we just had some bad luck.”

It was the end to a successful and intense season; the team was plagued by injury and illness and did not put a full starting roster on the court for a single game, according to Glover. She said she felt sad because she thought her team had the skill and heart to reach Lowerstate.

Overall, the girls ended the season 36-10-1, going 10-0 in the region and capturing the Region 7-AAAAA title.
In her final high school season’s unexpected and abrupt end, Gosnell, a co-captain, embraced her teammates and ran to hug her older brother.

“The mental game is definitely what Wando gave me the most. I feel like [I learned] to get through tough times… teaching me to be a better leader and teammate for the team… Wando taught me how to make a family with my teammates and that will definitely help me in the future,” Gosnell said.

“[Gosnell and Jahn] led our team all throughout the year… They are two four-year lettermen. They have known what it’s like to win great and lose like we did the other night,” Glover said. “Grae and Ali have done a good job trying to corral the team together to boost them, to make them want it as much as them.”

“I think [Coach Glover] is very old school,” Gosnell said. “I don’t want one of those coaches who kind of fluffs it up for me, tells me that I might win when I might not. She told me to work my butt off and whatever happens happens. She’s just so amazing.”

Senior co-captain Ali Claire Jahn is not going to pursue collegiate level volleyball. Jahn, who played libero, has decided to focus on college and perhaps play club next year, which is still competitive but not the commitment of college volleyball.

“I think [Grae and I] are friends, but we also good at inspiring each other to do better, and pushing each other really hard,” Jahn said.

Jahn felt like the girls left it all on the court in the match against River Bluff.

“It was sad, but we did a lot of preparation… I felt like we put it all out there, like we kind of gave all we had. It was sad, obviously,” Jahn said. “But I was kind of at peace with it, just because I felt like I did all that I could do to contribute. I was happy that was how I went out.”

Gosnell, Glover and Jahn knew they had a young squad. Glover was adamant in the team’s ability to inspire the newer players.

“We had some young kids on the team this year, and it was difficult to get them to, at first, to figure it out, and then once they figured it out, they had the do it to the best of your ability, always give a hundred percent, work hard at practice,” Glover said.

Gosnell felt that the players built off each others enthusiasm.

“The positive energy, the cheering, the encouragement that everybody brought to the court was beneficial to everyone and made them play in a way they didn’t know that they could play yet,” she said. “That was very beneficial for us, to get us as far as the third round of the playoffs.”

Jahn was clear that Glover did not waste time at practice. For those two hours, the girls were “on” the whole time.
“She knows volleyball so well. She has so much wisdom… The two hours we’re at practice, we’re constantly going, she talks for maybe two minutes the entire practice. It’s very efficient,” Jahn said.

Glover talked about Wando’s reputation. The Warriors have been ranked 10th in the nation under Glover in her 38 years of coaching. She knows that there’s a spirit among Wando players.

A big part of Glover’s mentality is to learn from mistakes. At the end of season, she points out mistakes and weaknesses for her players to work on in the off season.