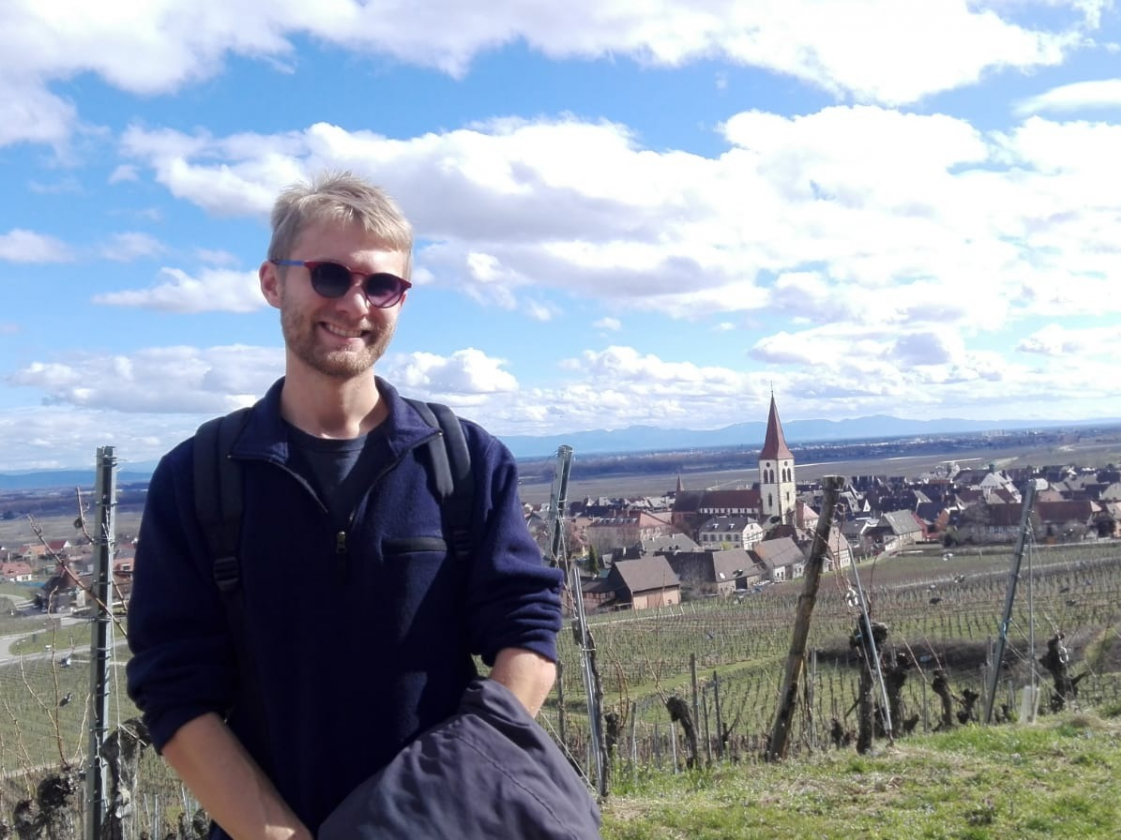 David Halls stands on top of a hill overlooking a Spanish town. (provided.)

David Halls stands on top of a hill overlooking a Spanish town.

At first it was just a thing in the news happening in China. Then it started getting bad in Italy. Then it reached Spain.

Little by little the lives of millions changed forever.

On Wednesday, March 11, the schools shut down throughout Madrid.

By Friday night, everything was closed.

And by Saturday, the state of alarm was issued and no one was allowed to leave their homes unless it was essential.

Little by little, the coronavirus caused lives like David Hall’s to be completely thrown for a loop.

“At the beginning of the year it was just like this thing that was happening in China, it was really totally off my radar,” said Hall, who graduated from Wando in 2014 and now teaches in Spain. “At some point it was like okay, it’s bad in Italy, but it’s not bad here. It was like little by little.”

As an American elementary school language assistant in Madrid, Hall’s life had some major alterations when the schools shut down. He went from working 9 to 5 at a school in one the suburbs in southern Madrid, teaching fifth and sixth graders English in person, to working 10 to 4 or maybe 5 sending and correcting assignments through a computer screen.

At the beginning of the year it was just like this thing that was happening in China, it was really totally off my radar.”

“We’ve been sending homework and doing a lot of correcting of homework and sending games and videos and coming up with exercises and activities to sort of keep them on the track that we were on,” Hall said. “It’s pretty difficult, I’ll admit. I think I’m much better teaching in person and I feel like a lot of times I’m just sort of assigning them like busy work just to keep them doing completion activities, try[ing] to keep them practicing, but the education doesn’t really seem to be advancing, which is frustrating.”

But it also goes beyond just the teaching aspect of it. Students face their own challenges during this time of so many changes and uncertainties.

“I think it’s hard for kids in general,” Hall said. “Especially at that age, around 10 or 11, they have lots of energy, they like to be outside, they’re very social. Maybe on some level they don’t exactly understand why this is happening and it’s also just pretty…hindering quite a lot for their education. And obviously beyond their educational problems, definitely worried just for their personal mental health and I know that not all of them have excellent home situations.”

Madrid — and Spain on a national level — has gone to extreme measures to help keep their population safe. In the end, the future holds so many personal, educational, economical and a million other uncertainties. Hall hopes people take this experience and learn from it.

“In the long run I hope people wake up to how important collective health is. A virus like this shows there is no way you can individually fight this, you have to fight it collectively,” Hall said.

Little by little the world is working its way back to “normal.”

Little by little people are doing their parts in helping slow the spread of this disease, Hall included.

“Personally I really like being outside,” Hall said. “It’s one of my favorite parts about living in Spain. The weather is usually really nice and the parks are really nice, so I spend a lot of time outside. My apartment is very small and the view is just another building. So I really just miss nature, and birds and trees and stuff. So, that’s hard for me, but I recognize that it’s more important that we stay inside so lots of people don’t die.”

Little by little the lives of millions changed forever.

“So many things that you just think are these permanent facts of life are just so easily just waved away. Just with a blink of an eye,” Hall said. “All this stuff that just felt so permanent or so necessary, all the sudden is like very much not real.”